Pavel Artemyevich Vereshchagin does not approve ...

July 28 2016
179
On the following day after the celebration of their professional holiday, the staff of the Investigative Committee of the Russian Federation, together with representatives of the Federal Security Service, decided to visit the office and country house of the head of the Federal Customs Service, Andrei Belyaninov. Andrei Yuryevich suspected that he didn’t come to drink a tea, and therefore didn’t set the table ... Employees of the above-mentioned structures conducted searches as part of a criminal investigation into the illegal import of elite foreign alcohol on a large scale (without paying the appropriate fees) ).


For starters, it's worth present Official statement representative of the RF IC Vladimir Markin, which specifies the purpose of the visit to the head of the FCS:

The Directorate General for Investigation of Particularly Important Cases of the Investigative Committee of the Russian Federation is continuing the investigation of the criminal case initiated under Part 3 Art. 200.2 of the Criminal Code of the Russian Federation on the fact of illegal movement of alcoholic beverages on a large scale and non-payment of mandatory customs duties across the customs border of the Customs Union.

Today, a criminal case was searched in the Federal Customs Service, including in the office of its head, Andrey Belyaninov, his deputies Davydov and Strukov, as well as at the place of residence of the head of the FCS.

In addition, searches were conducted at the place of residence and work of Sergey Lobanov, President of Arsenal Insurance Company LLC, who is the founder of at least 15 of various companies whose activities are closely connected with the Federal Customs Service of Russia.

During searches, items and documents relevant to the investigation of a criminal case were seized.

Some more details about the first name mentioned in the statement of Vladimir Markin.

Dmitry Mikhalchenko is a man about whom, in particular Forbes, it is known that Dmitry Pavlovich has recently managed to accumulate, to put it mildly, a solid state of at least 18 billion rubles. He saved up his condition, of course, through honest and overworking work, and this work had a very large number of different directions. One of these areas, according to the service Anti-Corruption Service, work under the “power support” of Vladimir Barsukov (Kumarin), notorious in certain circles. This man became known in his time as the so-called “night head” of St. Petersburg and the leader of the “Tambov criminal gang”. Under the tutelage of Barsukov-Kumarin, as the court considered, raider raids of “tidbits” were held in St. Petersburg. In 2012, Barsukov-Coumarin was behind bars in a case of extortion and fraud. Attention is drawn to the fact that in 2014, the jury Barsukov was acquitted (this again speaks about the unbiased and independent view of the domestic jury ...), but after a while a new accusation began to take shape against him - accused of the murder of Galina Starovoitova Mikhail Glushchenko called Barsukov customer of this high-profile crime. The investigation is underway ...

When the "roof" in the form of Barsukov began to falter, Dmitry Mikhalchenko quickly shifted to a new option for protecting his multilateral business - he created an office with the big name "Managing the Affairs of the Regional Public Fund for Support of the FSB and SVR". The loud name of the structure and certain connections with ex-employees allowed the business of Dmitry Mikhalchenko to go up the hill. In November last year, Mr. Mikhalchenko was recognized as one of the best top managers of the Northern capital. Thus, his work with the Port Bronka project, having 60 billion state funding, was appreciated.

Serious success was noted at the holding of the Forum, Mr. Mikhalchenko, through whom, as the investigation now believes, illegal elite alcohol flows from the port of Hamburg to Russia without paying customs duties. The amount of damage is estimated at about 30-35 million rubles, which on the one hand pulls on a particularly large amount with a long term (up to 12 years) imprisonment, on the other hand - not the amount that recently could interest a person by the name of Mikhalchenko. In blogs about this, guesses began to appear that Mikhalchenko a) how would he become too independent, b) how would he become too secure, and in general c) his “Forum” is a holding from St. Petersburg, and from Peter we have ... And can cast a shadow ... Well, you understand ... 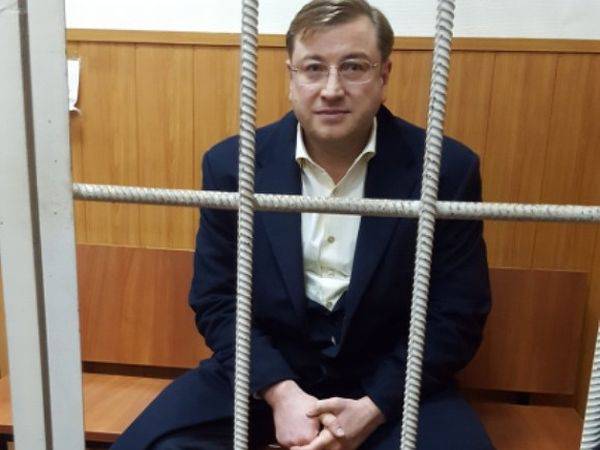 The support fund for something there, like his fortune in 18 billion rubles, has not yet been able to save Dmitry Mikhalchenko from getting him into jail. The grid before the eyes of the “best manager” appeared only after 4 a month after the announcement of the “nomination” - in March 2016.
Now Mikhalchenko denies any involvement in the “alcohol case”, states that there are no signatures for his documents, and that all, they say, is sewn with white threads.

For obvious reasons, in this situation, questions from the investigation piled up to the Federal Customs Service. And, despite the fact that the chief is practically in any department (well, it’s known by the former Defense Minister), of course, he doesn’t know what his subordinates are doing, the investigating authorities decided to visit the “tight wilderness” of Andrei Belyaninov, FCS heading. Like, well, and how do you, Mr. Belyaninov, explain the "alcohol hole" at the border? ..

While Andrei Yuryevich was picking words, Mr. Mikhalchenko’s business cards showed up in his office. Employees enjoyed the paintings of the 19th century artists in his out-of-town “residence”, and also saw how Andrei Yuryevich personally pulled out shoe-case boxes filled with intercepted packs of bills intercepted by rubber bands (the entire currency basket is represented - euros and dollars, but there was a place and native rubles). In total, 10 million rubles, 400 thousand dollars and 300 thousand euros were counted. Does a federal official really trust our banking system? .. 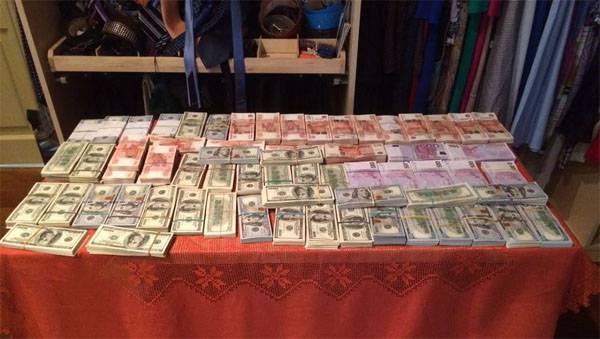 If they had found another suitcase with brunettes, it would have presented complete deja vu. It's about how the picture was searched by Evgenia Vasilyeva, who was untimely forgotten by our media. At that time, too, a lot of things were discovered, a lot of things were incriminated to her ... and how it all ended in the end, everyone knows perfectly well.

The difference in the situation with Belyaninov and Vasilyeva is not only that Andrei Yuryevich at home did not find a suitcase with jewelry and Mr. Serdyukov in slippers and a dressing gown, but also that Andrei Yuryevich is passing as a witness. Well, pictures and wads of money - so what? .. Who of honest officials doesn’t have them today? .. What kind of official is he who has nothing to admire on the walls between the floors of a modest multi-storey house and nothing? .. Not official.

It is noteworthy that lately, Andrei Belyaninov (according to the media) wrote statements “on his own” several times, however, each time these statements were sent to the basket and Andrei Yuryevich continued to remain from office.

Now, if, of course, the Serdyukov-Vasilyev casus does not recur, the threads can be brought out to other persons who were concerned in the system, as they say, not only in public affairs. Against the background of the detention of employees of the TFR of Alexander Lamonov and Denis Nikandrov in a corruption case, as well as against the background of the detentions of a number of governors for the same reasons, a complex of significant anti-corruption actions emerges. Whether it is more connected with attempts to strengthen the vertical or is it a pre-election move - in principle, it is not so important. It is important that all these processes ultimately do not result in a window dressing, and that the perpetrators do not get off with a slight fright, but suffer a real punishment. And for a complete and unconditional anti-corruption victory, they would still have to legally resolve the issue of confiscation. That would be great!

Oh, dreams, dreams ... But after all, someone, as evidenced by a famous movie, they come true. 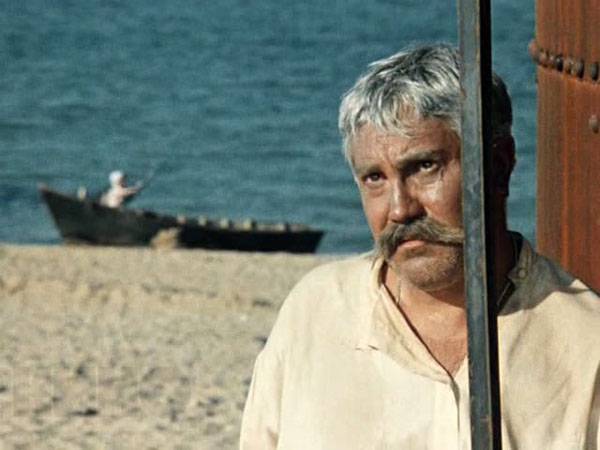 In the meantime, if we are talking about the customs service, we have to admit the fact that not all the people in this service are Pavly Artemyevich Vereshchagins, who don’t take a bribe and who are offended as a power.

Ctrl Enter
Noticed oshЫbku Highlight text and press. Ctrl + Enter
We are
Results of the week. “There were good people ... Warmed up, robbed. That is, picked up, warmed ... "Situational analysis of the death of the MH17 flight (Malaysian Boeing 777), made on the basis of engineering analysis from 15.08.2014
Military Reviewin Yandex News
Military Reviewin Google News
179 comments
Information
Dear reader, to leave comments on the publication, you must sign in.