Media: The strategic initiative in the north of Latakia again passed to the militants "Jebhat al-Nusra"

July 19 2016
44
Syrian military sources report that in the province of Latakia, the Dzhebhat an-Nusra militants are increasingly moving away from direct clashes with the Syrian government army units. Instead, they use suicide bombers, who carry out explosions, approaching the positions of the SAR forces.

The lives of no less than 10 Syrian soldiers, including marines, claimed the suicide bombing of a Djebhat al-Nusra bomber in Latakia. Several dozen soldiers were injured.

As a result of the terrorist act, one of the flanks in the northern part of the province was exposed, which required a rearrangement from the Syrian troops. At that moment, Djabhat al-Nusra struck several mortar attacks on the positions of the SAR troops, which led to the retreat of the Syrian troops from the strategically important district of Kaliyat Shalaf.

The jihadists instantly captured the height left by the government forces, which allowed them to seize the strategic initiative from the Kinsibba locality. In order not to be uncovered by militants, the commander of the SAR army unit decided, along with the detachment, to leave positions in one of the quarters of this city.

If you believe these messages published AMN, then one suicide attack in Latakia actually led to a significant change in the distribution of forces in northern Syria. Al-Nusra’s accounts already publish photos of a young suicide bomber and promise him a “wide road to the Hourias”. 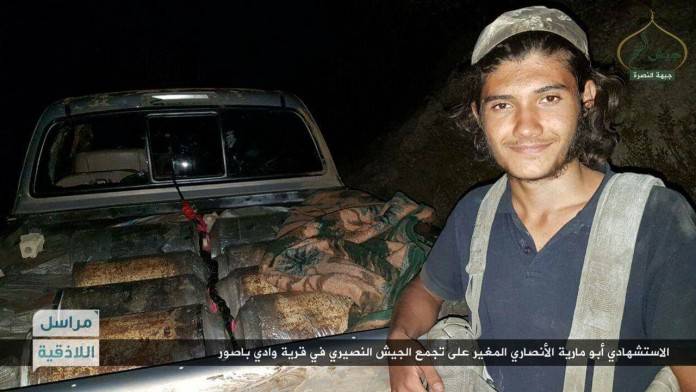 All this suggests that if the full-scale anti-terrorist operation in Syria does not find its continuation, the militants with the help of terrorist tactics may well regain control over those territories that they had previously repulsed with such great difficulty and considerable losses.