July 19 2016
187
Already, as they say, it’s clear that the so-called “doping scandal” is a politicized game against Russia. The Russian sportsmen, for whom the Olympic Games are the peak of their careers, and all of whose dreams are associated with Olympic achievements, were held hostage in the next series of the policy of containing Russia. By and large, the “doping” theme is already pointless to discuss, for the utmost clarity - pressure is put on Russia through everything that you can afford to do it: at least through the economy, even through politics, though through sport, which itself has long become integral part of both economics and politics.


However, there is still a reason to discuss this topic. And it is not at all due to the fact that there the WADA talking heads once again burped out or what steps the International Olympic Committee will take, and not even whether our athletes need to act under the IOC flag or send WADA along with the committee far and long. This is all the emotional part of the question that our “partners” are trying to focus on a few weeks before the start of the Olympic Games in Rio de Jeanneros.

If you reject emotions that are overwhelming about this (there are a lot of emotions, as it hurts the power and the fact that the multimillion army of Russian fans are going to make it impossible to cheer on their team), you can find quite remarkable touches to the general anti-Russian portrait. 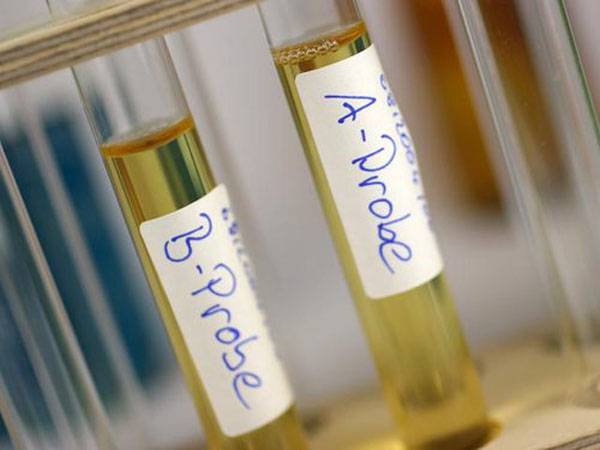 To begin with, it is worth recalling that the International Athletics Federation and WADA directive warmed up the anti-Russian scandal of anti-Russian orientation on the basis of the publication of very peculiar revelations by the former director of the anti-doping center of Russia Grigory Rodchenkov. Rodchenkov himself, who fled to the United States, is suspected in Russia of having links with Western intelligence agencies with the goal of deliberately “setting” Russian athletes on doping drugs brought from abroad and then “exposed”. Rodchenkov, once outside of Russia, prudently destroyed evidence and, as we know, announced that almost total doping collusion reigns in Russian sports, to which even the Federal Security Service is involved. In general, it turned out classic история: a probable agent of Western intelligence services in the Russian Federation fulfilled his mission at the RUSADA post, after which, pardon the jargon, he faded into the USA, where he is now under the protection of Western intelligence agencies. In parallel, Rodchenkov accuses the Russian special services of allegedly working to replace athletes with doping tests, directing real samples to certain “FSB refrigerators in the Sochi region”. It is this interpretation that Mr. McLaren from the “Independent Commission” WADA has recently portrayed. How much such a commission is “independent” is clear, again, and a hedgehog ...

And on such a background in the press and social networks appear noteworthy notes from representatives of the ultraliberal party that remains in Russia and actually continues the work of Rodchenkov and such as Rodchenkov.

So, in the radio station blog Echo of Moscow and Facebook published a small, but causing close attention, a note by another Gregory - this time Yavlinsky. And this article truly speaks frankly about the specific goal that the customers of the blow up doping scandal set themselves, as a result of which the fate of Russian athletes at the next Olympiad is a big question.

So ... Grigory Alekseevich (Yavlinsky) uses the statements of Grigory Mikhailovich (Rodchenkov) to rebel with actions, or, more precisely, as if the inaction of the Russian authorities, implicitly advocating "Rodchenkovskaya truth."

Perhaps, it is worthwhile to quote Yavlinsky’s note in its entirety, so that readers can appreciate the “virtuosity of the pen” of a candidate for the State Duma of the next convocation.

The report of the World Anti-Doping Agency published on Monday shows the world what is actually happening in Russia. TO manipulation of the FSB with doping tests of Russian athletes Bortnikov not involved ... For the machinations of his deputy, the Minister of Sports Mutko does not bear any responsibility ...

В shameful stories with the state patronage of doping crimes in Russian sports, as in a drop of water, the whole situation in the country is reflected - false and illegal money in every cell modern Russian state.

The main political problem of our country is not the level and quality of democracy or the protection of freedoms and rights of citizens, as is commonly believed, but unlimited and total lies as the basis of the state and state policy. The country has fallen into a vicious circle: without abandoning lies, no effective reforms can be made, and refusal from lies threatens the system as a whole.

So what do we have? Firstly, after the statements of Rodchenkov, the authorities, it turns out, should have taken personnel measures against the leadership of the Federal Security Service, not to mention the leadership of the Ministry of Sports ... Secondly, the Russian state "exudes lies and profits in every cell."

Hence the consequence: Mr. Yavlinsky, with his own mouth, voiced the goal of the western "partners" who made porridge with a complete lack of real evidence. The goal is to achieve a conflict with the top authorities of the country’s authorities (well, not with Mutko ...), which, according to the ideologists of this game, can in turn affect the loyalty of the special services to the Russian leadership with all that it implies for statehood and security.

As someone in this situation, Mr. Yavlinsky himself, who dreams of “early” presidential elections in 2017, and Russia “with internationally recognized borders”, with a well-known result for Crimea, is not hard to guess ... The title of his note “The country has fallen into a vicious circle” speaks for itself. Russians, as it were, must understand (according to Yavlinsky and his liberal counterparts, who grit their teeth, as they didn’t manage to destroy Russian statehood as such at the time) that the country is in a “vicious circle” (including economics, politics and even sports) pushes Kremlin loyalty to special services and vice versa. Like, as soon as Vladimir Putin "finds the courage to" change the leadership of the FSB and "take responsibility" for the story with the "refrigerators under Sochi", then the first step will be taken "to the truth." Grisha, we understand you ...

The trick, of course, is not without cunning, but still, at best, designed for troechnik. The role of the liberal masses is also understandable - to shout loudly about “lies”, “outrage” and “vicious circles”. In fact, the vicious circle today is that there are still unprotected places for striking by “partners”, and these places are reliably supervised by agents of “partner” interests, any taking by the breasts of which leads to heart-rending barking.

So, the idea of ​​"friends of Russia" in the chain:

agents of Western intelligence agencies in the Russian Federation announce the total doping bail in Russia with the involvement of the FSB without providing any real evidence;

international institutions raise, as far as possible, the hype - up to the removal of either individual athletes from the Russian Federation or the entire Russian team;

The Russian ultra-liberal public inside Russia calls on the country's authorities to “establish order” in the leadership of the special services and to arrange a nearly indicative whipping;

Let's not forget that this story is played out not only in the year of the Olympiad, but also in the year of the parliamentary elections of the Russian Federation. The Olympiad is a tool, a weapon, but the political background in Russia is the goal that they are trying to bring this weapon to.

Ctrl Enter
Noticed oshЫbku Highlight text and press. Ctrl + Enter
We are
WADA disappointed ...IOC did not dare to remove the entire Russian team from the Olympics
Military Reviewin Yandex News
Military Reviewin Google News
187 comments
Information
Dear reader, to leave comments on the publication, you must sign in.