July 19 2016
203
A report prepared by lawyer Richard McLaren reports that “the government, special services and sports agencies” of Russia are involved in a “conspiracy” to conceal the “widespread use of doping in most summer and winter sports.” The IOC swears that it will not prevent the imposition of "hard sanctions" against those involved in the violations identified. About the report of the Canadian McLaren writes the entire world press - from Canada and the United States to Eurasia. 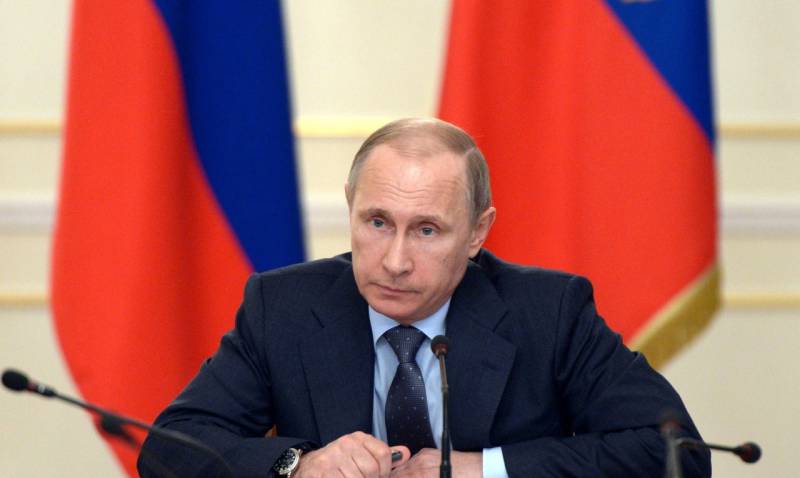 According to the Canadian edition "The Globe and Mail", if Russia is “banned” at the Olympics in Rio, it can shake the very foundations of the Olympic Games.

The “exceptional” step in the likely removal of the Russian team from the Games in Rio was made by eminent Canadian lawyer Richard McLaren. His Monday morning report (July 18) was known in advance. The report includes the results of a lawyer’s own investigation of the “enterprise” of the Russian government, which “systematically” concealed the doping program. Moreover, this program was “sponsored by the state”. It was at the Winter Olympics in Sochi.

It is stated that Mr. Rodchenkov, who headed the anti-doping laboratory in Sochi in 2014, admitted to the newspaper The New York Times that he was ordered to replace the “dirty” urine tests of leading Russian athletes with “pure” ones. And then more than ten people from among these athletes received medals.

And now, the IOC has a keenly classic question: “What to do?”

In a major magazine "Foreign Policy" (USA) published an article under the huge black headline "New Doping Report Means Russia Could be Barred From Rio".

The article states that the Russian team may not be allowed to attend the Olympics in Rio because of the new scandalous report. Richard Maclaren has no doubt that doping was widely used in the Russian Federation. He does not have the slightest doubt.

The particular acuteness of the situation is that this lawyer made scandalous conclusions just a month before the start of the Rio Summer Olympics. In fact, this only increased the international pressure on Russia: the world community already requires a ban on Russia from participating in the games.

The head of the US Anti-Doping Agency, Travis Tygart, who learned about the new evidence, experienced, in his own words, “shock” and “outrage”.

IOC President Thomas Bach said that, according to the findings of the report, the reputation of the sport and the Olympic Games was dealt a "shocking and unprecedented blow." He said that the IOC will take "tough measures" against the persons or organizations mentioned in the report.

Now the International Olympic Committee is deciding whether to ban Russia from participating in the games completely, or just expand the list of athletes who will be denied the right to participate.

The report details the measures that the Ministry of Sport of the Russian Federation took not only to introduce to athletes drugs that increase their capabilities, but to create a system for concealing doping by replacing samples in state laboratories.

As for the reaction of Russia, then, as the newspaper notes, it denies all accusations. Meanwhile, the speaker gives a table from which it is clear that athletes have taken doping for a long period of time.

In a major British newspaper «The Guardian» An article was published under the heading "Russia orchestrated state-sponsored doping cover-up, says Wada report". The material speaks of the “sponsorship” role of the state in the “orchestration” of the doping score. Attorney Richard Maclaren found evidence of the existence of the Russian state doping program in many sports.

The newspaper calls the lawyer's report “a devastating report,” which vividly showed how the Russian government, its special services, and sports agencies participated in a “conspiracy” to conceal the “widespread use of doping in most summer and winter sports.” Horrified by the report, the IOC swore that it would not prevent the “most severe sanctions” against those individuals who were involved in the revealed violations.

The report of Mr. McLaren allowed to establish, the newspaper writes that the “large-scale actions” of the state helped to hide the facts of the use of doping preparations in preparation for the Summer Olympic Games in London.

The speaker pointed to efforts to cover doping at the World University Games in Kazan (2013) and at the Winter Olympics in Sochi (2014).

According to McLaren, many athletes in the Russian Federation followed the program, which the lawyer himself defined as “systematic concealment of positive samples” for doping. The lawyer concluded that such a program has the status of a “state policy”: it became such after the failure of athletes from the Russian Federation at the Winter Olympics in Vancouver (2010).

In such a program involved, said the lawyer, government agencies. Among them are the Ministry of Sport of Russia, the FSB, the Center for sports training of national teams, and other departments. Maclaren is convinced that the leading figure in the doping program was Deputy Sports Minister Y. Nagornykh (the man appointed to the post by order of V. Putin).

The lawyer said that in his conclusions he was “absolutely sure”, because he considered only evidence in respect of which he “had no doubts”.

However, McLaren eliminated any unambiguous statements about the dismissal of Russian athletes from the Olympics in Rio. He does not believe that he is authorized to do this. Let the competent persons study the materials, draw conclusions and decide, the lawyer said.

According to the newspaper, WADA really does not have the authority to deprive any country of the right to participate in the Olympic Games. However, it may recommend to the IOC to apply appropriate sanctions.

The journalist “The Guardian” believes that in the coming days, demands for the removal of Russian athletes from the Olympics will be louder and louder. The article also recalls that in June, 2016 of the IAAF (International Association of Athletics Federations, International Association of Athletics Federations) suspended athletes from the Russian Federation from the Olympics in Rio. A decision is expected on the appeal of the Arbitration Court of Sports in Lausanne: his decision will be announced on Thursday this week.

And another event, which became the "echo" of the report.

As 19 learned in July, the Investigation Chamber of the International Federation of Football Ethics Committee will fully examine the WADA report. About it TASS said the representative of the investigative chamber of the FIFA ethics committee, Roman Gaiser.

"The Investigation Chamber of the FIFA Ethics Committee will take into account the report of WADA and fully study it," Gaiser said. - If the report turns out to be evidence of violations of the FIFA ethical code, the investigative chamber will take appropriate measures. At the moment we can’t give more comments on the WADA report. ”

The reaction of Russia to the report of a Canadian lawyer also became known. Mr. Ulyukayev spoke on the sports theme.

The Minister of Economic Development of Russia believes that the report of the Commission of the World Anti-Doping Agency (WADA) testifies to the distrust of this organization to Russia and "reflects a certain political line." He stated this in an interview with the Japanese television channel NHK. "In their [WADA] activities, this is a completely wrong form, because there is a departure from the fundamental position of law, personal responsibility," he said. "Lenta.ru". “If a person is guilty of violations, then he is responsible.”

According to Ulyukaev, there should not be a mutual guarantee in the issue of doping, when the entire team is responsible for breaking the rules with one athlete.

Ранее "BBC" reported that Russian Prime Minister Dmitry Medvedev suspended the post of Deputy Sports Minister Yuri Nagorny in connection with the publication of the report.

“Medvedev signed a decree on the temporary dismissal of the Deputy Minister of Sport Yury Nagornyy until the end of the service audit in connection with the published WADA report on the involvement of officials in the doping scandal in Russia,” the press secretary Natalia Timakova quotes the TV and Radio Company.

There is also a statement by V. V. Putin, published on the Kremlin site July 18 evening.

The president is confident that now there is a "dangerous recurrence of policy intervention in the sport." “Yes, the forms of such interference have changed, but the essence is the same: to make sport an instrument of geopolitical pressure, to form a negative image of countries and peoples,” Putin said. “The Olympic movement, which plays a colossal unifying role for humanity, may once again be on the verge of a split.”

“Today, the so-called“ doping scandals ”went on, attempting to extend sanctions for the identified cases of doping to all, including“ clean ”athletes under the guise of supposedly protecting their interests. And this is despite the fact that, unlike the same 80s, athletes today undergo the most severe total doping control both during the competition and during the entire training cycle. And in the last six months, all Russian athletes underwent an anti-doping test on the recommendation of WADA under the control of the British anti-doping agency and in foreign anti-doping laboratories. ”

According to Putin, there is no place for doping in sports, since doping is “a threat to the health and life of athletes, discrediting fair sports wrestling.” The president noted that in Russia “this evil” is being consistently eradicated.

Russia believes that doping scandals pursue a certain political goal and that sport has become “an instrument of geopolitical pressure, a negative image of countries and peoples,” and WADA argues that the use of doping in Russia is systematic and occurs with the active participation of officials from the Ministry of Sports and people from the FSB. Obviously, in this situation, Russia is waiting for a well-known “isolation” line, not only in politics, but also in sports.

Ctrl Enter
Noticed oshЫbku Highlight text and press. Ctrl + Enter
We are
How WADA and IOC amicably reduce themselves to the level of the plinthOlympics without Russians? Not interested!
Military Reviewin Yandex News
Military Reviewin Google News
203 comments
Information
Dear reader, to leave comments on the publication, you must sign in.