The roots of the Ukrainian government 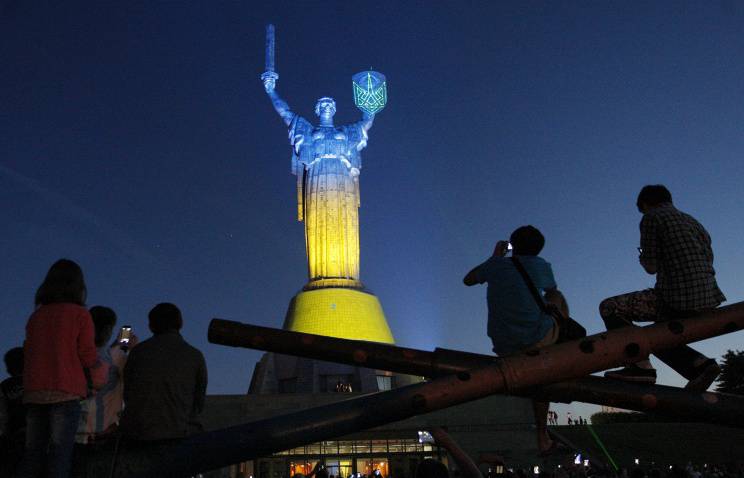 Today, everyone already knows that Russians in Ukraine are portrayed as "cruel Asians" and "occupiers", from whom they have to leave for the EU. Ukrainian historians rewrite historywhere the Ukrainians were supposedly independent of the "hated Moskaley." Normal historians easily refute these works, but where did it come from? Who created the modern Bandera? For this you need to go back a century ago.

By the beginning of World War I, all countries were intensely searching for each other’s weaknesses. This did not go around the Russian and Austro-Hungarian empires. Most of Ukraine was part of the Russian Empire, but part of Western Ukraine, as well as Bukovina, Transcarpathia was under the control of Austria-Hungary. In the Russian Empire, on the territory of Ukraine, a significant share of the imperial economic potential was concentrated. In Ukraine, there were large reserves of coal, fertile land, industry was highly developed, and if the Russian Empire had lost Ukraine, it would have become a secondary power. This is how Bernhard von Bülow, the chancellor of the German Empire, spoke on this subject in 1906: "Russia can be reduced to the level of a secondary power only if it is socially decomposed or if Ukraine is lost." These words are appreciated in Vienna, and began to develop projects to seize Ukraine.

But it was not easy to take Ukraine away from Russia, since any measures to raise the population of Ukraine to revolt against the Russian Empire were immediately stopped by the secret police. As a result, a longer but more successful (as history has shown, it was really successful) plan was developed in Austria-Hungary. It was supposed to create an idea of ​​Ukraine’s independence from Russia, and through propaganda to form a puppet state that would always harm the interests of the Russians. For this purpose it was supposed to make an image of the enemy out of the Russian Empire

From words to action. In the territory of Western Ukraine controlled by Austro-Hungary, Ukrainian schools were created, in which, from an early age, they taught in the spirit of nationalism. Newspapers and magazines were published, which promoted independence from Russia. And the propaganda was not only internal, but also external. For example, in Paris, Ukraine Today magazine was published, which received funding for Austro-Hungarian intelligence. But closer to the beginning of the First World War, the idea of ​​a puppet Ukrainian kingdom headed by a hetman was created. According to Russian intelligence, in 1910, a meeting of the Austrian crown prince Franz Ferdinand (whose murder unleashed the First World War) and the leaders of the Ukrainian nationalists took place in Konopiste Castle. And in 1912, the creation of its own armed forces has already begun.

With the beginning of the First World War, the territories under control of Ukrainian nationalists began to harass the Russian population: it was forbidden to speak Russian, Russian schools and libraries were closed, as well as Orthodox churches. And in the last years of the war a significant part of Ukraine was under the control of the German troops. It was then that the idea of ​​the independence of Ukraine was finally formed. True, nothing happened then, but the Ukrainian radicals remained, and Hitler used their ideas, and today they use the USA. And thanks to these ideas, Ukraine separated from the USSR in 1991, and on the basis of these ideas, Ukrainian Nazis live today.

As a result, the idea of ​​an independent Ukraine is not Ukrainian, and it was not the Ukrainians who invented it, but Austrian princes and a handful of traitors. That is why Ukraine has not become a successful state.

Ctrl Enter
Noticed oshЫbku Highlight text and press. Ctrl + Enter
We are
Transcarpathia may follow the Crimea and the DonbasCarpathian geopolitics of Hungary: the collapse of the Ukrainian statehood gives a rare chance
Military Reviewin Yandex News
Military Reviewin Google News
73 comments
Information
Dear reader, to leave comments on the publication, you must sign in.