An apache helicopter simulator is being developed for training Russian air defense forces.

July 18 2016
52
The designers of RostIntelAvia are developing a unique helicopter simulator of a potential enemy for the training of air defense forces. Innovative targets will be shot down from a portable anti-aircraft missile system (MANPADS). The price of the development of the layout is only 1,9 million rubles, reports Life.Army. 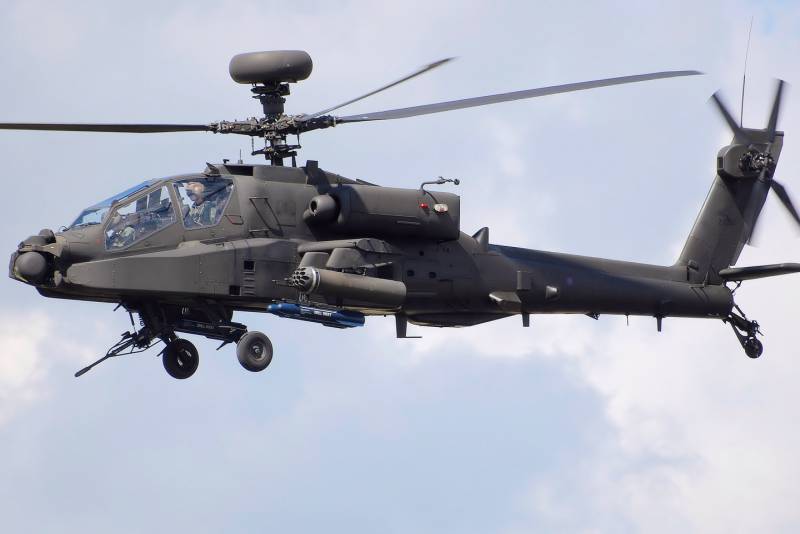 “The purpose of the work is to develop a combat helicopter simulator, which is intended for training air defense specialists. It will be delivered annually to all air defense ranges of the Russian army. There are no similar developments in any army in the world ",
Life Designer Vladimir Rostopchin told Life.

“The drone will fly up from place to height to 100 meters, hang there for a while, imitating the position“ in ambush ”(the helicopter hangs in the path of the target, and when it approaches it sharply“ emerges ”from behind the shelter), and then land . In this mode, it will be able to operate for 8 hours, flying up and down. They will be tied up solely with the aim of preventing the device from flying away from the landfill, ”he said.

“From the point of view of visibility, the simulator corresponds to a helicopter; on it you can set up an effective“ scattering surface ”(a quantitative measure of the reflectivity of the target that prevents the enemy’s self-guided projectiles from entering the machine). A device that generates a thermal field corresponding to the real one coming from a real helicopter will be delivered to it, ”the article says.

It is noted that “the field can be adjusted so that it corresponds to the indicator of the American combat helicopter AH-64 Apache, which is in service with the US Army and in the NATO countries - Britain, the Netherlands, and Greece. The helicopter is also operated in Japan, Saudi Arabia, Israel and Egypt.

Rostopchin:
The simulator is designed for soldiers who are engaged in the protection of troops and objects from the means of aerospace attack. He will be able to imitate all types of combat helicopters operating on the battlefield from the "ambush" position. The device simulates a real combat helicopter in the most difficult modes for air defense systems - "freeze" and "takeoff." A flying helicopter does not pose a problem, but it is difficult to get into the “hanging” one, the air defense weapons “cannot see”.

“The weight of the model of the helicopter simulator will be no more than 170 kg, length 6 m, height 1,7 m, maximum diameter of the rotor 3 m. The layout scheme assumes tail tail rotor. The power plant is based on a rotary-piston engine type XRUM XRD. The design of the blades of the propellers will have metal plug-in (embedded) elements and provide radar visibility ", - told the company. 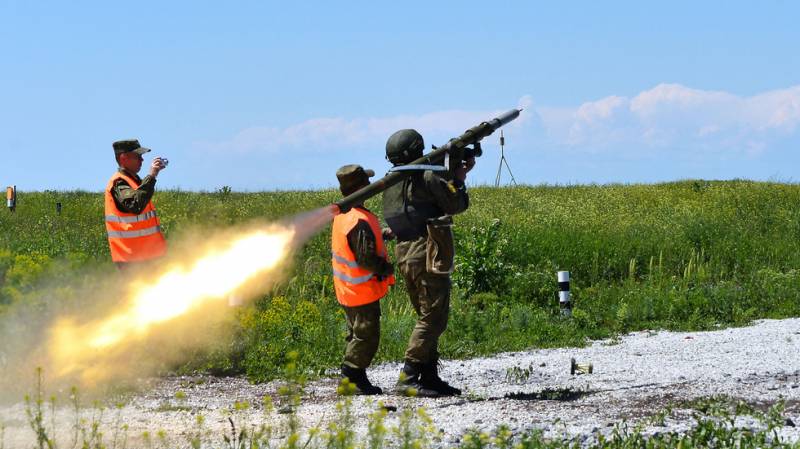 As noted by Rostopchin, the project’s importance lies in the fact that “it will help reduce personnel losses in the early days of a possible conflict, because almost 90% of manpower dies at this stage, due to the enemy’s destruction of air defense systems.”

Alexander Luzan, Deputy Commander of Air Defense Forces on Armaments: “Previously, it was impossible to shoot at a helicopter, there was no such target. And even when adopting a complex, it was necessary to shoot off a helicopter to check the combat characteristics. In this case, the usual decommissioned helicopter was put on the 5-10 tower of meters, the engine was started, and it was fired at with a complex that was tested by the State Commission. But it is both expensive and not widely used in the military. Therefore, if they make helicopter targets, it will be very cool. ”

It is reported that the prototype target in August-September will be presented to Sergei Shoigu. However, the specific delivery time of the product to the troops is not called.