July 15 2016
46
The highly-detailed radar system (VRLC) of the new generation Kasatka-R, developed by NII TP JSC (part of Russian Space Systems JSC, RCS), will allow you to view objects on the Earth the size of a football in any weather. press office RKS. 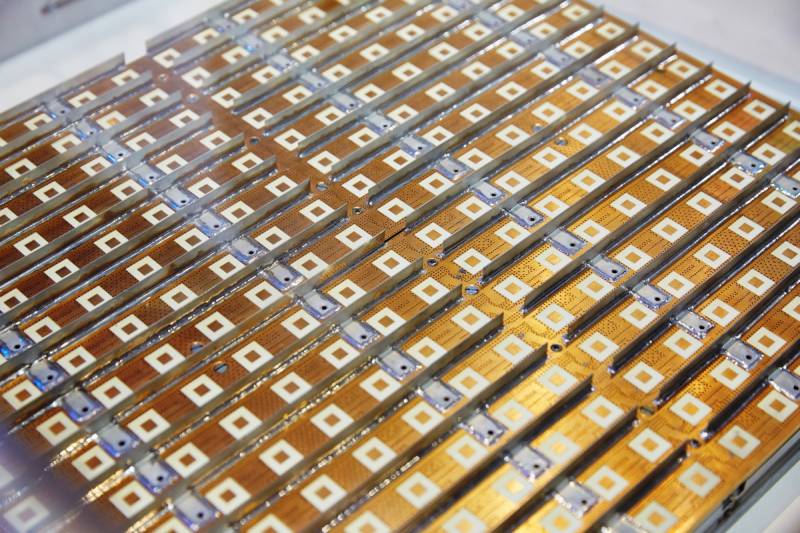 The VLCK Kasatka-R is being created to be included in the target observation equipment of the Obzor-R space complex being developed by JSC RCC Progress (Samara). Its launch is scheduled for 2019 year to form a new Russian satellite constellation of radar remote sensing of the Earth (RSD). This space radar is created on the basis of a broadband polarimetric digital active phased array (AFAR). In the on-board equipment, the original methods of multichannel radar imaging of the Earth with the use of state-of-the-art Digital Beam Forming (DBF) technologies are applied, ”the release says.

According to the press service, “the use of Obzor-R spacecraft with the Kasatka-R radar will expand the modern possibilities for observing the surface of the planet.”

It is noted that "the capabilities of the radar allow around the clock and regardless of weather conditions to conduct radar surveys of the planet's surface in the X-band in the interests of the Ministry of Emergency Situations, the Ministry of Agriculture, the Federal Registration Service, other ministries and departments, as well as regions of Russia.

Chief Designer of NII TP Victor Riman:
“There are no such radars in orbit yet, although work in this direction is actively carried out in Europe, Canada, Japan, South Korea and the USA. The use of digital beam-forming technology allows obtaining frames of large-sized radar images of the earth's surface with high spatial resolution up to 0,3-1,0 m. At the same time, the adaptive properties of the radar are significantly improved due to the greater flexibility in controlling the parameters of the radar survey. This will give new qualities to the "cosmic vision" of Russia. "

It is reported that in "NII TP" "have already completed the prototyping of key devices VRKLK" Kasatka-R "and started their manufacture."