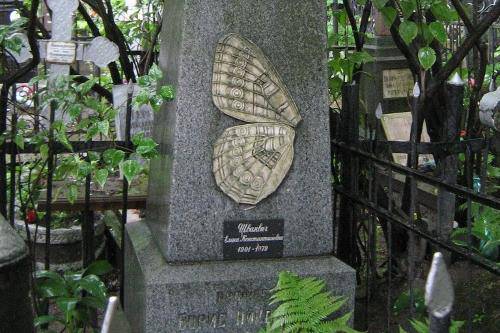 This incredible история, recorded by Anatoly Polezhaev, occurred during the Great Patriotic War. Maybe it will seem to you that she has no relation to education? And I think it has. This story shows how the state used to treat scientists. Is it possible to assume that this happens in modern Russia or Belarus ...

1942 year. Winter. The war is in full swing. The Germans rod forward. At the headquarters of the Supreme Commander - a scheduled meeting. Finally, we discuss issues that are nasty and not very clear to the present marshals and the generals. Disguise. No, the generals know something about camouflage - in winter - white robes, in summer - khaki. But the Germans are somehow more interesting. Their airfields are not too visible from the air, but Tanks - for some reason, spotty and striped, like the uniform of uniforms in some units and units.

Comrade Stalin demands that the masking be dealt with urgently and closely, and not anyhow, but strictly scientifically, with serious justification. Like, the idea that green is green is inconspicuous, it does not go down. This is a hedgehog clear. Need something more versatile. Stalin is annoyed. She knocks on the table. Requires immediate action. Generals scratching their heads. Offer to copy the enemy's disguise. Supreme enraged. He needs principle and clarity. How it works and why. And who can do this?

Carefully squeaking throat, the word takes some freshly baked generalishko. He is from intellectuals. Maybe the parents are scientists, and maybe he himself, in his past life, managed to move science. The general timidly and confusedly reports that there was such a professor Shvanvich at Leningrad University. So he, at one time, headed the department of entomology, until it was dispersed in the early thirties, and was engaged in patronizing the coloring of the wings of butterflies. Maybe he will fit? Stalin hesitates vaguely and demands urgently, today, to bring this Shvanvich to Moscow and deliver him directly to him.

The generals relieved themselves from the chairs and run to execute orders. Scapegoat found. Even two. Because the initiative, you know ...

Call to Saratov, where the university was evacuated. No Schwanwich is there and was not. Someone says that he stayed in Leningrad. And there now, of course, the blockade.

Special flight is ready in twenty minutes. The plane flies into the blockade city. Schwanwich found at home in bed. He does not get up. Chicken broth in the entomologist poured directly on the plane.

At night he is already at Stalin's. The commander-in-chief peers incredulously at the overgrown face of the professors goner and expounds the essence of the task. A little nodledavshiesya Shvanvich attentively listens and, it seems, even understands something.

- Well, what, Professor, can help the army and the front?

“I can,” Shvanvich breathes in response.

- What does tebe need for this, professor?

Three days later, Boris Shvanvich reports to the entire Headquarters. He avoids such tricky words as "mimicry" and "the principle of stereomorphism."

Everything is simple, elegant and affordable. The basis of the concept, if in a nutshell - projecting and highlighting to paint in a dark, shaded and concave - to highlight. The rest is details. Artists, under the guidance of Schwanchich, have already illustrated everything. Seasons and seasons. For clarity, on the table are three-dimensional plaster models, painted so that their shape completely falls apart and flattened.

Schwanwicz speaks of a “dismembering effect” and general patterns of disguise.

The generals and marshals are sitting with their mouths wide open.

A year later, Shvanvich again at a reception at Stalin:

Shvanvich thinks literally for a second:

- I want the department of entomology. She was. But now it is not.

From 1944 to 1955, almost until his death, Boris Shvanvich was in charge of his favorite department.

Buried at Bolsheokhtinsky. On the grave there is a monument depicting the plan of the structure of the pattern of the wings of daytime butterflies. And - not a single tank. And he is a tank, there is. Just - not visible.

Ctrl Enter
Noticed oshЫbku Highlight text and press. Ctrl + Enter
We are
Myths of the Great Patriotic. Did Stalin have prostration in the first days of the war?Father told
Military Reviewin Yandex News
Military Reviewin Google News
85 comments
Information
Dear reader, to leave comments on the publication, you must sign in.