July 10 2016
81
The leaders of the five leading NATO countries (the Big Five) agreed at the Warsaw NATO summit that sanctions against the Russian Federation would be lifted only if Moscow fulfilled its obligations under the Minsk agreements on a full ceasefire in Donbass, reports RIA News a message from the representative of the US delegation. 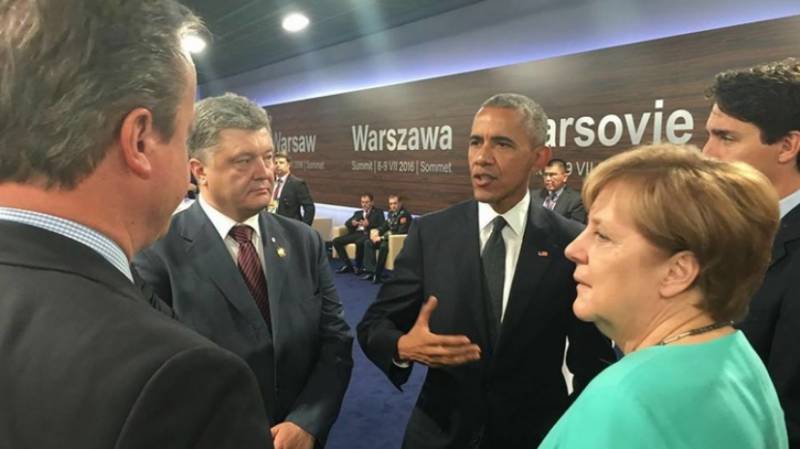 A statement by the representative of the US delegation stated:
“The leaders confirmed the position that the sanctions will be lifted only if Russia fulfills the Minsk agreements.”

The two-day NATO summit was held in Warsaw from 8 to 9 in July. Alliance members agreed, including the deployment of 4 battalions in Latvia, Lithuania, Estonia and Poland, the launch of a missile defense system in Eastern Europe, a multinational presence in the Black Sea.