160 anniversary of the birth of Nikola Tesla

July 8 2016
63
10 July 1856 year in the village of Smilyan in the territory of the Austrian Empire (today the territory of Croatia) was born one of the most famous inventors, whose name forever entered the history- Nikola Tesla. This inventor in the field of electrical engineering and radio engineering, engineer and physicist of Serbian origin was born and raised in Austria-Hungary, and later worked in France and the USA. He received American citizenship in 1891 year. Nikola Tesla was widely known for the contribution made to the development of devices operating on alternating current, a synchronous generator, multiphase systems, an asynchronous electric motor, which allowed the so-called second stage of the industrial revolution.

The name of Nikola Tesla was called the unit of measurement of magnetic flux density (magnetic induction). Contemporaries biographers consider this Serbian scientist and inventor a man who invented the 20th century, and the “patron saint” of modern electricity. After the demonstration of the radio (Tesla patented a radio transmitter in 1893, and the receiver in 1895), the scientist received widespread recognition, especially in the United States, as one of the most prominent electrical engineers. The early work of this scientist paved the way for all modern electrical engineering, and his discoveries were of innovative importance. By fame, Nikola Tesla could compete in the US with any scientist and inventor.

Nikola Tesla died in the United States on the night of 7 on 8 on January 1943, at the age of 86. On January 12, the inventor's body was cremated; an urn with ashes was installed at the Farncliffe cemetery in New York. In 1957, it was transferred to the Nikola Tesla Museum, which today is located in Belgrade. During his long career as a scientist and inventor, Tesla managed to get more than 111 US patents and about another 300 patents in different countries of the world. For example, trying to improve Edison's light bulbs, he created neon and fluorescent lamps, which during experiments he tried to light at a distance using electrostatic waves. 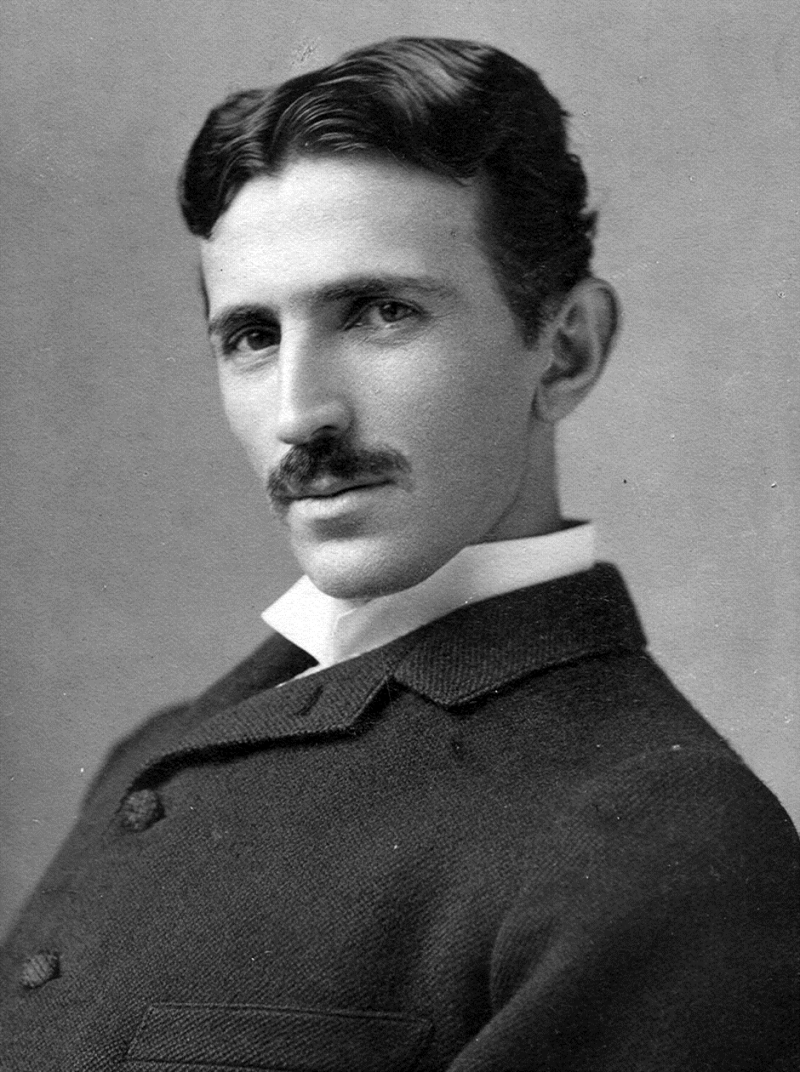 From the year 1889, Tesla will start research on high voltage and high frequency currents. He invented the first samples of high-frequency electromechanical generators (including inductor type), as well as a high-frequency transformer (Tesla transformer, 1891 year), contributing to the creation of prerequisites for the development of a new branch of electrical engineering - HF technology.

As part of his research on high-frequency currents, Nikola Tesla paid great attention to safety issues. Experimenting on his own body, the inventor studied the effect of alternating currents of different strength and frequency on the human body. Many of the rules, which were first developed by Tesla, were then included in the modern basics of safety when working with RF currents. So Tesla found that at a current frequency of more than 700 Hz, an electric current flows over the surface of the body without harming the tissues of the human body. At the same time, electrotechnical devices, created by Serbian scientists for medical research, are widespread throughout the world.

Experiments with high-frequency high-voltage currents led the scientist to the discovery of a method for cleaning contaminated surfaces. The same effect of currents on human skin has shown that this can clean the pores, remove small rashes and even kill germs. This method is still used in modern electrotherapy. 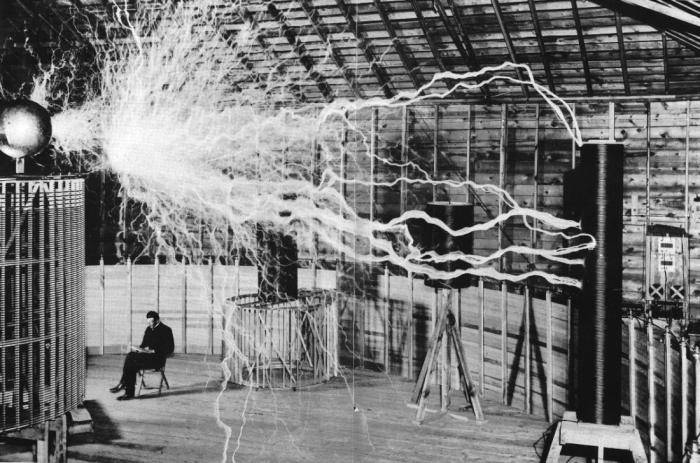 October 12 1887 of the year Nikola Tesla designed a rigorous scientific description of the essence of the phenomenon of a rotating magnetic field. 1 May next year, the scientist received his main patents for the invention of multi-phase electric machines (including the first asynchronous electric motor), as well as systems for the transmission of electricity using multi-phase alternating current. Using a two-phase system, which Tesla considered the most economical, a number of industrial electrical installations were launched in the United States, including the Niagara Hydroelectric Power Plant (1895 year), which was the largest for that time.

Nikola Tesla was one of those who first patented a method of reliably obtaining currents that could be used in radio communications. The corresponding patent was issued in the USA on March 10 1891 of the year. He described the “Arc Lamp Control Method”, in which the alternator produced high-frequency (at that time) current oscillations of the order of 10 thousand Hz. Tesla's patented innovation was the sound suppression method that the arc lamp produced under the influence of pulsating or alternating current. For this, the inventor came up with the use of frequencies that were beyond the perception of the human ear. According to the modern classification, we can say that its alternator operated in the range of very low radio frequencies. Already in 1891, Nikola Tesla, within the framework of his public lecture, described and demonstrated the principle of radio communications, and in 1893, he began to work closely on the creation of a wireless connection and invented a mast antenna.

He only had two hours to sleep

In his autobiography, the scientist wrote that he was resting about the order of 4 hours a day. At the same time Tesla spent two hours thinking and only the remaining two hours sleeping. He argued that such a short time for sleep was enough for him. Today it is not known what exactly was the reason for so little time spent on rest - the desire of the inventor or nervous illness. 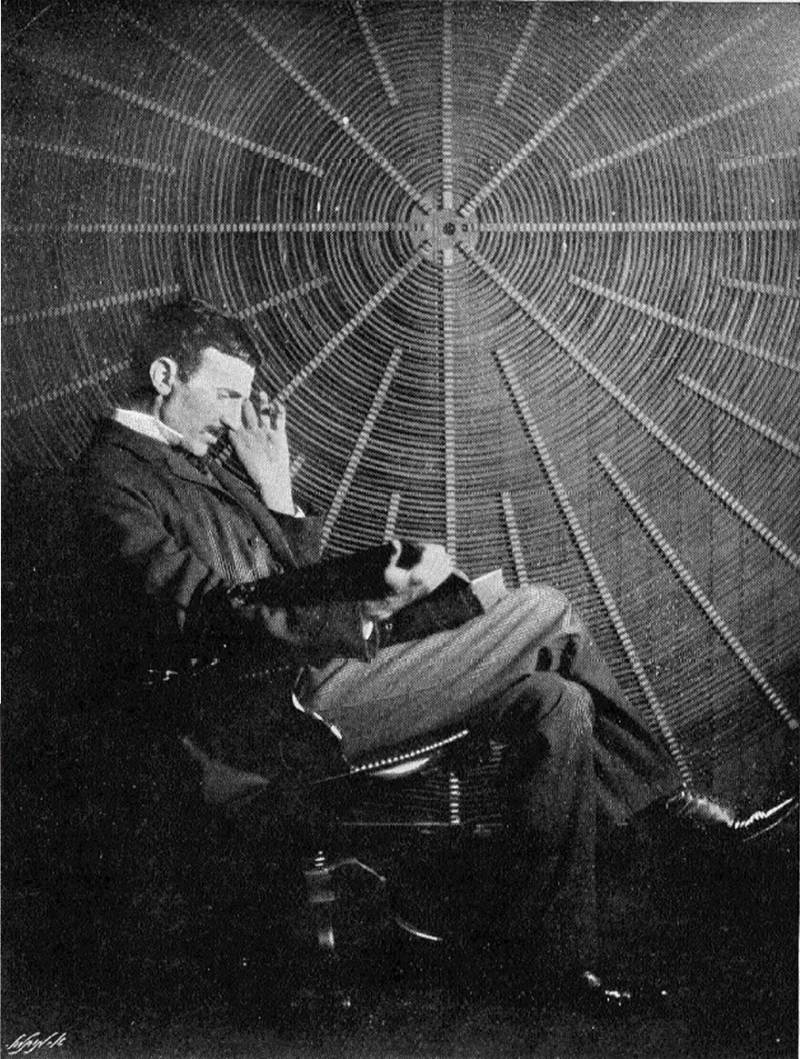 The scientist had a unique memory.

Nikola Tesla had a truly unique memory, she was eidetic. This means that the inventor could memorize entire books and reproduce in detail even the most complex images. As a child, he was often tormented by nightmares, so he tried to recall various complex objects, reproducing them in memory in detail and getting rid of a nasty mood. Apparently, it was in childhood that Tesla developed the unique abilities of his memory. Contemporaries knew about these features. He could not just memorize books, but also “store” in his head the ideas of new inventions. His highly developed imagination helped him reproduce detailed three-dimensional images of the objects he had seen once.

The development of memory and imagination allowed him to mentally launch the device being invented, check his work in his mind, carry out modeling and improvement. For this reason, there are not so many drawings in the legacy of Nikola Tesla (in comparison with the scale of his personality and activity). A unique memory allowed him to learn and speak fluent 8 languages. He spoke easily and naturally in Serbian-Croatian and Latin, German, English, Italian, French, Czech and Hungarian.

One of the reasons for the numerous gossip was Tesla's fanatical obsession with personal hygiene and the fear of germs. They developed in him because of cholera that was transferred during adolescence, which nearly ended his life in 1873. Perhaps it was after this that he was afraid of microbes in panic, constantly washing his hands, in hotels he needed himself up to 18 new towels per day, and if a fly was sitting on the table at dinner, he would force the waiter to bring him a new order. There is also a suggestion that Tesla suffered from obsessive-compulsive disorder. 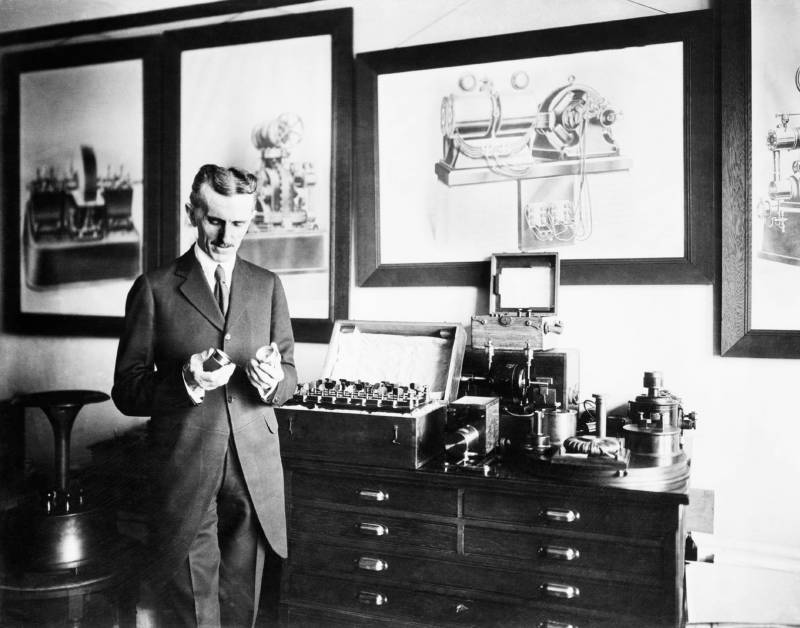 Nikola Tesla was a humanist

Nikola Tesla was a humanist, a scientist piously believed in a better future for humanity, in which all people on Earth would live without knowing greed and want. Apparently, one of the consequences of the philosophy of non-possession he professed was the poverty of the scientist. He was never particularly rich. He usually invested all his money in inventions and experiments.

Nikola Tesla loved to keep track of everything in his life. The inventor counted the number of steps when walking, the volume of plates with soup and cups of coffee, pieces of food. If he could not do this, then the food ceased to give him pleasure. For this reason, he preferred to eat alone. The only thing that could not be counted was the number of his women, he simply did not have them. Tesla has never been married. In his own words, innocence greatly helped the development of his scientific abilities.

Tesla foresaw the advent of the Internet and mobile devices

Nikola Tesla was thinking about wireless Internet as early as 1901. From the scientist would make a great predictor, prophet or science fiction writer. Already at the dawn of radio engineering, when it became possible to transmit information across oceans and continents, he assumed that humanity would be able to encode, collect, process, accumulate and use it with the help of portable compact devices. According to Bernard Carlson, one of Tesla's biographers, the inventor, although he had a brilliant intellect, was not so good when it came to the stage of putting ideas into practice. During the race, which resulted in the invention of the transatlantic radio, Nikola Tesla described to his business partner and sponsor J. P. Morgan the idea of ​​a new method of instant communication. His method was that the telegrams and stock quotes would be redirected to his laboratory, where he encoded the incoming data, assigning a new frequency to each message. After that, as the scientist himself explained, the messages had to be transmitted to a device that would fit in one hand. In other words, at the beginning of the 20th century, Tesla anticipated mobile communications, smartphones and the Internet. “Tesla was the first to start thinking about the information revolution in terms of transferring information to an individual user,” notes Bernard Carlson. 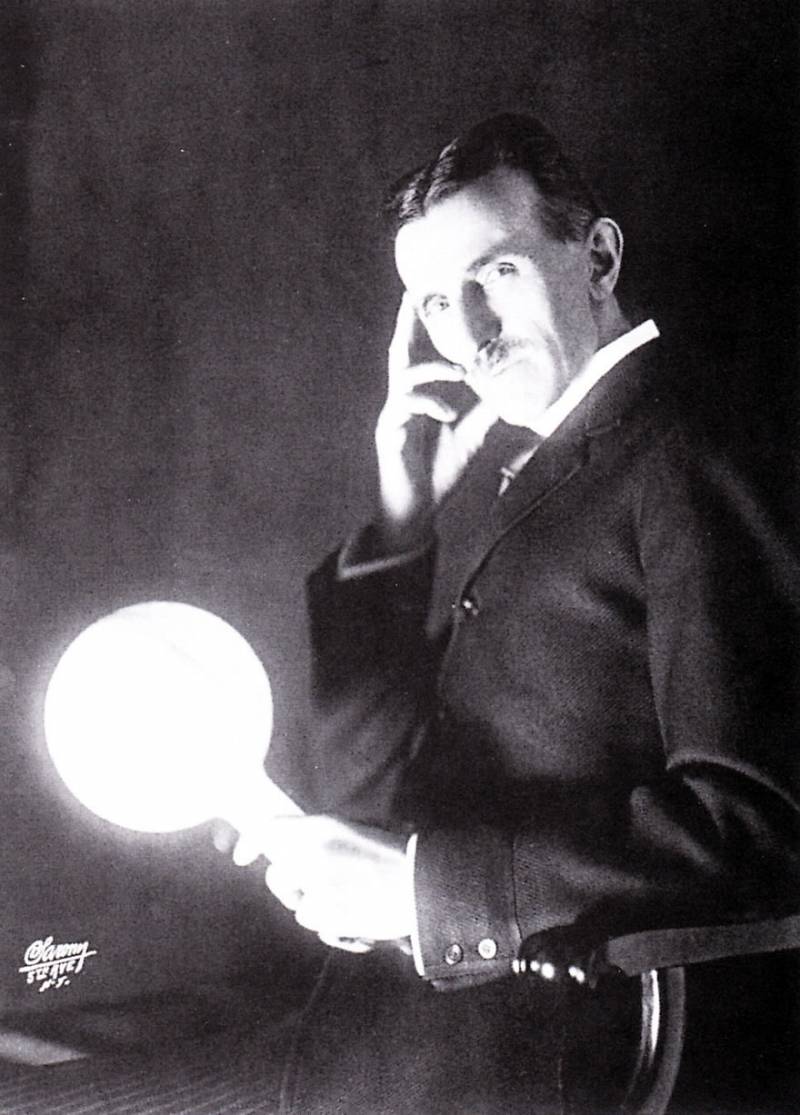 For some reason, Nikola Tesla did not tolerate pearls. He did not like him to such an extent that he literally refused to have a conversation with a woman if he saw a pearl ornament on her. One day he even sent home a secretary who had the imprudence to appear in front of him, wearing pearl earrings. No one now knows the true cause of this idiosyncrasy, but during the life of Tesla always had the reputation of an esthete and had a very specific sense of style. For example, he believed that only the person who looks successful himself can become successful. Every evening for dinner he went out in white gloves and was very proud of the elegance of his costumes.

The rather eccentric nature of Nikola Tesla, his unusualness and peculiarities caused the birth of many rumors. Proponents of conspiracy theories still believe that the CIA has coded most of the scientist’s research and is still hiding them from the world and the scientific community. Even during his lifetime, Tesla was credited with relating the problem of the Tunguska meteorite, as well as the “Philadelphia experiment” - the “teleportation” of the American warship with its entire crew to several tens of kilometers. Thanks to this mystery created halo, Tesla's name has become even more famous. His image was loved by writers and directors, so Nikola Tesla is so famous, and his image became a part of modern popular culture.