A number of states are seeking to ban nuclear engines for spacecraft being developed in Russia.

July 6 2016
240
Against the background of increased work in Russia on the creation of a nuclear electromotive installation (NESA) for spacecraft, a number of states called on the UN to reconsider the use of nuclear sources in space, reports RT. 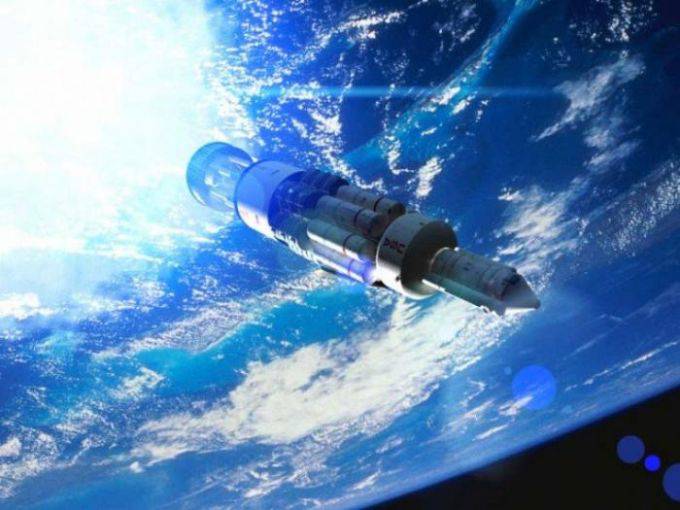 "During the 59 session of the UN Committee on the Peaceful Uses of Outer Space, a number of countries, including the United States, Great Britain, France, Japan, Italy, Spain and Australia, called for a revision of the principles of using nuclear sources in space," writes referring to the report of the UN General Assembly.

RT notes that this initiative "is a response to the Russian project of creating a spacecraft with a nuclear power unit for the 2025 year." None of the states of the world does not conduct such developments today.

From Wikipedia: “In Soviet times, from 1968 to 1988. A series of Cosmos satellites with nuclear reactors was launched. Several crashes of satellites of this series caused a great resonance. The first generation units differ from those of the 21st century in that the megawatt class reactor generates thermal energy, which is converted into electricity and is then used to operate the engine and other equipment, and its power unit operates in a closed cycle without releasing radioactive substances. In reactors of the first generation, a reactor was needed to heat the working fluid and create jet thrust. ”

Ctrl Enter
Noticed oshЫbku Highlight text and press. Ctrl + Enter
We are
Not all Kievans were afraid of the Poroshenko ban on St. George ribbonI fight for the electric body! Ground mobile robots on today's and tomorrow's battlefield. US Technology Overview
Military Reviewin Yandex News
Military Reviewin Google News
240 comments
Information
Dear reader, to leave comments on the publication, you must sign in.