The Russian economy is predicted to start growing this year.

July 4 2016
196
Figuratively speaking, yesterday, almost all the leading foreign economists, trying to echo the Nobel Peace Prize laureate, declared that the Russian economy was torn to pieces. Yesterday, international rating agencies wondered when, before lunch or after lunch, to lower Russia's credit rating to the default garbage-level. And suddenly a rather unexpected change of "partner" rhetoric. From the latest publications of Western economists, as well as rating and credit agencies, it turns out that now these “partners” are ready to recognize the fact of certain positive changes in the Russian economic environment. 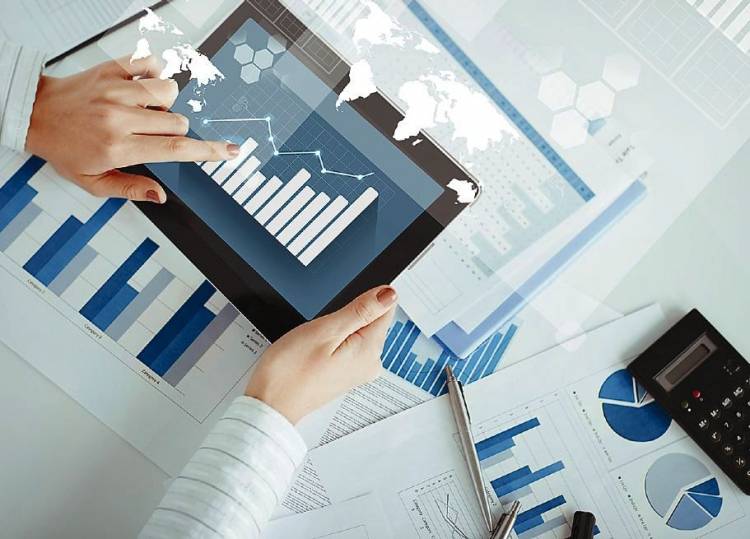 It would, of course, be much better and more interesting for us if we (citizens of the Russian Federation) would learn about positive shifts in the economic situation in the country not from reports of various specialists of international rating agencies, but from our own wallets. However, it is impossible to ignore the statements of "partners". Well, at least just to compare their same statements a year ago with the statements of today's days.
So, what are the Western “friends” who are now letting go with the rhetoric regarding the financial and economic situation in Russia?

The first thing that drew attention was the information from the next review of the international rating agency Fitch. Just recently, in a published report, it was suggested that the Russian economy will move to growth by the end of this year. Recall that earlier the same experts predicted in 2016 and the first half of 2017 the decline in Russian GDP. In order to argue their changing opinion, Fitch said that "quite high oil prices" play in favor of Russia. Interestingly, since when in the rating structure, a barrel of "black gold", trading at the level of 50 dollars, began to be considered "quite expensive." Apparently, Fitch decided to know everything in comparison, and therefore 50 dollars per barrel in comparison with 34 dollars for the same volume prudently called the "high price." Now it’s scary to imagine what the Fitch forecast for the Russian economy would be if the oil price hypothetically again exceeds 100 dollars per barrel ...

The same rating agency said that the stabilization in the Russian economy is also observed against the background of the growth of the ruble against the dollar and the euro. Thus, over the past few days, the ruble has increased by approximately 5-6% to these two currencies, which allowed large Russian banks to increase their business and population lending portfolios. The recent decrease in the key rate by the Central Bank of the Russian Federation - to 10,5% (from June 14) also played its role.
From the Fitch report on the banking system of the Russian Federation:

The weighted average capital ratios for banks in April improved slightly by 10-20 bp due to the fact that the 5-percent increase in the ruble exchange rate caused the risk-weighted currency assets to deflate. Indicators of basic capital (Н1.1) and fixed capital (Н1.2) increased by 23 bp respectively, to 8,3% (minimum 4,5%), and 8,6% (minimum 6%), and the total capital ratio (Н1.0) increased by 12 bp up to 12,6%. According to our estimates, the current capital stock (...) of 45 banks' sample (...) is sufficient to cover potential credit losses (..).
Against this background, the publication of the Analytical Credit Rating Agency (ACRA) also attracts attention. The ACRA report says that the Russian economy without the usual incentives for growth (first of all, the price of oil is discussed, which ACRA, unlike Fitch, does not seem “high enough”) shows sustainability. And, apparently, by no means the stability that on the sea surface after the storm and shipwreck show shipwrecks ... If you believe ACRA specialists, then the economy of the Russian Federation to 2020 will be in constant growth, as well as labor productivity. Moreover, ACRA believes in the growth of the Russian economy in the coming 4 of the year, despite its own oil price forecast up to the same 2020 of the year at the level of 39-45 dollars per barrel (for the Russian brand Urals).

At the same time, ACRA, like some other organizations, is struggling to predict demographic problems in Russia. We have a decline in GDP - we predicted demographic problems, now it seems that they themselves are talking about trends in GDP growth - and again they predict demographic problems. Apparently, Russian demography is a sore point for individual experts who sleep and see Russia with a population of no more than 50 million people ...
What does domestic economic reporting say? If we compare it with the statements of the same Fitch for Russian banks, then in general we can speak of a rare unanimity. So in reporting RA "Expert" it is said that from June 2015 to June 2016 a number of large Russian banks significantly increased its own capitalization. And let it be solely about the rubles, but so it seems like the banks primarily serve the population of the Russian Federation, making ruble settlements.

So, Sberbank for the mentioned period grew by 10,81%, VTB Bank - by as much as 43,4%. Most of all, Rosselkhozbank increased its ruble capitalization by almost 60%. So much of the active growth of the capitalization of the same “Rosselkhozbank” is associated both with measures of state financial support and with a fairly positive state of affairs in domestic agriculture. If you believe the reporting, then against the background of the general economic downturn in 2015, the agriculture of the Russian Federation showed a good growth - approximately in 3,3%. The loan portfolio for the agrarian sector of the Russian Federation issued by Rosselkhozbank increased.
From the reporting itself RSHB for 1 quarter 2016 of the year:

In the first quarter of 2016, against the background of a gradual stabilization of the economic situation and the situation on the financial market, the Bank ensured an increase in the volume of lending and attracting customer funds.

The capital adequacy ratio of the Bank H1 is maintained at a level that provides the necessary financial stability and prospective development of the Bank. Its value on 01.04.2016 was 16,4%
.

And still, it would be desirable that such benevolent domestic reporting and equally gracious forecasts of the Russian Federation’s GDP on the part of foreign “partners” should be poured into a real blessing for ordinary Russians. Otherwise, people are still distinguished from feeding themselves with products from the refrigerator by feeding figures from the Internet ...