30 2016 June
40
There are reports from Armenia that the local parliament (National Assembly) by a majority vote ratified the agreement on the creation of a unified air defense system. Recall that earlier such an agreement was concluded between Moscow and Yerevan. RIA News reports that 102 member of the Armenian parliament spoke for ratification, while 8 was against it. 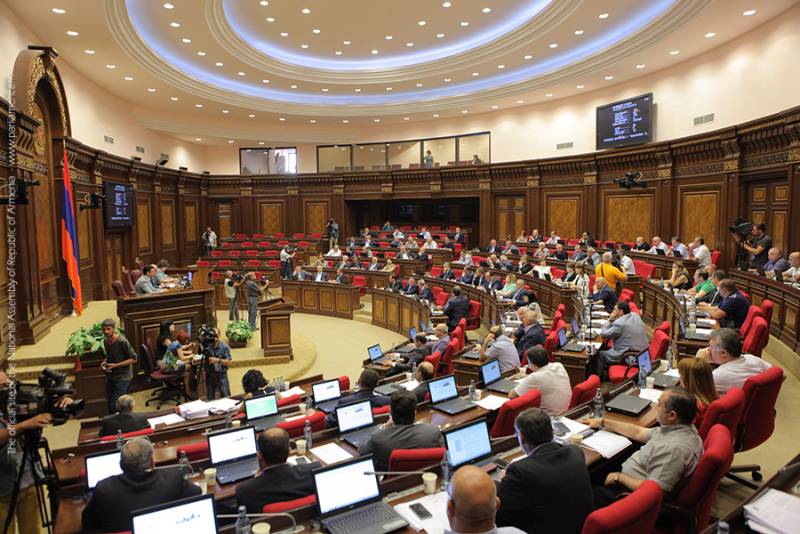 Deputy Minister of Defense of Armenia Ara Nazaryan noted that the command of the Russian Federation Space Forces will coordinate the work of the general air defense system.
From the statement of Nazaryan:
As for the direct control of a combat unit, it is carried out by the head of the air defense forces of Armenia. In peacetime, the parties can make decisions about the use of troops under their control. Parties must notify each other about these decisions and actions. Armenia will have the right to use its air defense to the extent and for those purposes it deems necessary.

After the ratification of this agreement, we will continue to use our anti-aircraft means, but Russian resources will also be added to them. It is a question of both flying objects, fighters, and means of destruction. Such a right provides a higher level of efficiency than the one that was before.

Armenian journalists asked the country's deputy defense minister whether the agreement with the Russian Federation does not provide for any restrictions on the use of Armenian air defense systems directly. Ara Nazaryan stated that there are no such restrictions.