"Steel Research Institute" is actively working on import substitution, and is ready to fully meet the needs of the military in ceramic armor for the newest armored vehicles

28 2016 June
55
The introduction of anti-Russian sanctions has become an incentive for the development of ideas for import substitution in mechanical engineering. OAO Scientific Research Institute of Steel (part of the Tractor Plants Concern) also makes an invaluable contribution to the state program, reports press office enterprises. 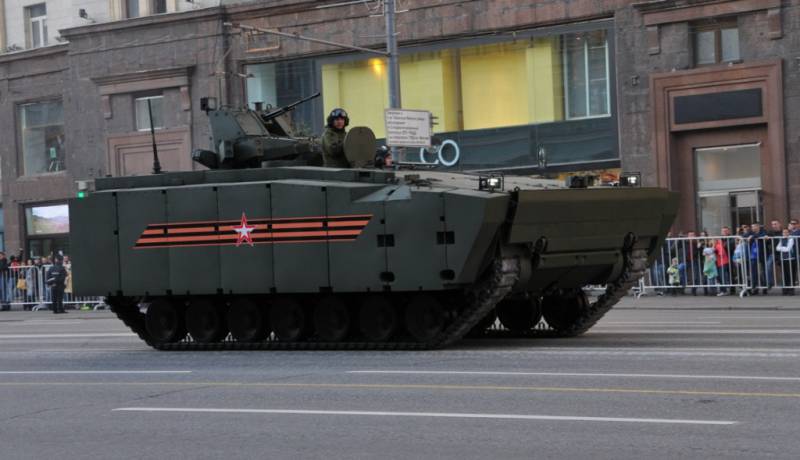 “Quite recently, a new ultra high-strength steel armor" 44С-Cв-Ш "was adopted by the Russian Army, the development of which was carried out exclusively at the expense of OAO" Steel Research Institute ". The new development is in no way inferior to the best foreign analogues and successfully closes the niche of modern anti-bullet armor steels for various applications, ”the release says.

“Today it is much more difficult to deal with ceramic and composite materials, primarily on the basis of high molecular weight polyethylene. As in the case of armor steels, the development of armor ceramics and armored composites has been carried out for a long time by Russian enterprises on an initiative basis, practically without state support, ”the institute notes.

“Today, few people remember what the vector of development of our armed forces was during the years of the former leadership of the Ministry of Defense. And the matter is not even in the acclaimed French Mistrals, Italian Iveco armored vehicles and other models of foreign weapons and military equipment, the acquisition of which on the one hand would hardly change the combat capability of the Russian Army, and on the other (in the current situation) it would hardly be possible. Much more dangerous for the future of the Russian army looked plans to replace, for example, the Russian "light armor" on the import. At the same time, the term “light armor” was understood to mean both traditional steel and aluminum armor, and the production of ceramic and composite armor that was just emerging in Russia, without which it is impossible to create promising armored military equipment and equipment today. The Ministry of Defense, focusing on Western technologies at that time, for some reason did not consider it necessary to invest in this sphere, ”reminds the press service.

“Partly for this reason, the issue of import substitution touched this strategically important sphere of ensuring the country's defense, because about 70% of armor ceramics and practically 100% of high-molecular polyethylene used in protective equipment came to Russia from abroad, mainly from Germany, China, India and Israel, ”the statement reads.

“The research institutes of steel, recalling the experience of creating ceramic armor for body armor 6B4 of the Afghan period of the end of the 70-s, for several years, together with a number of domestic enterprises, has been working on the organization of production of domestic armored ceramics. Armored ceramics are very specific products that require the availability of appropriate raw materials, advanced technologies, unique equipment, production culture, ”the release notes.

According to the press service, “The close cooperation of the research institutes of steel with such ceramics manufacturers as CJSC NEVZ Ceramics, CJSC Aloks, LLC Virial, TsNIIM, NPO Composite, and others has significantly improved the quality of armored ceramics and practically brought its characteristics to the level of the best Western samples. "

At the same time, the specialists of the institute, “formulated the requirements for the physicomechanical characteristics of armor ceramics, made recommendations for their provision, developed a methodological apparatus for the rapid assessment of ballistic parameters and conducted tests of armor ceramics, developed specific armor structures using ceramics for specific tasks.

It is reported that as a result of the work done, “the production of armored ceramics of the required quality over the past 2-3 of the year by Russian manufacturers has been increased tenfold, and this process continues to evolve.”

“In 2014, the research institutes of steel from scientific research work proceeded to practical tasks, for which a site for the production of ceramic armored panels for various purposes was created. Today, the institute is ready to fully meet the needs of the Russian Army in ceramic armor for advanced armored vehicles - Armata, Kurganets, Typhoon, Platform, and others, ”the press release said.