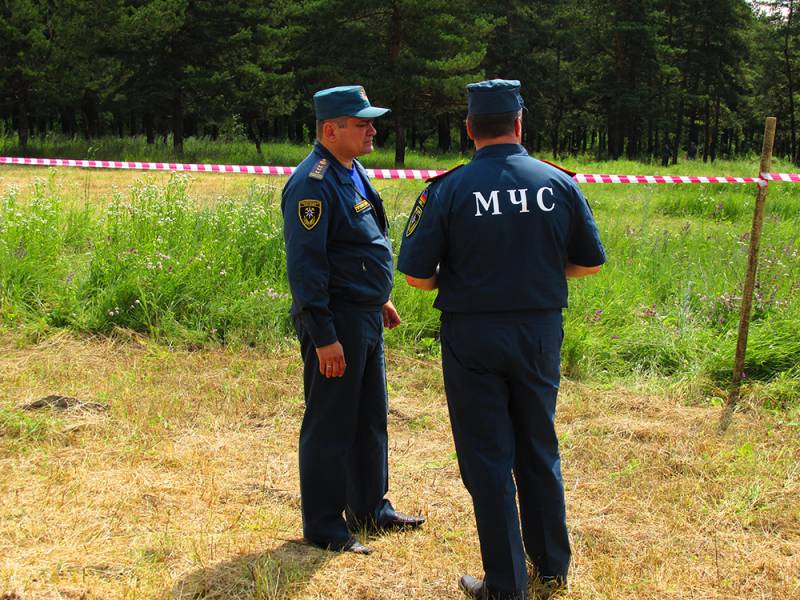 Sluggish war in the Donbass continues. Its victims were several other civilians, including two children.

On the night of June 26, the village of Kominternovo of the Novoazovskiy region was shelled from the Ukrainian side. There was a break of high-voltage wires. In the morning, a six-year-old boy, Jaroslav Yarmishko, accidentally stepped on a bare wire - and then he died. Unfortunately, he was not the only victim. Soon for the same reason - also stepping on the wire - seven-year-old Vitalik Guzhva died. He just played football when his life was suddenly interrupted. Shelling also damaged one of the houses in the village.

In addition, on the same fateful night on June 26, Gorlovka was fired, in particular - the Golmovsky village. Two civilians were wounded - a man and a woman. And the next night - on June 27 - ukrovoyaki fiercely fired at Gorlovka again. One of the residents was killed, another person was injured. Damaged six houses and water utility communications.

The Kiev junta refuses to admit its responsibility for the barbaric crimes, and puts it on the DPR. They say that the authorities are guilty in Kominternovo for not having fixed the power line in time. So they write ukroSMI, "forgetting", because of what happened wire breakage. But Kominternovo is in the “gray zone”, which is almost always under the shelling of the junta's troops, and in such conditions it is very, very difficult to make repairs quickly.

Earlier, the so-called “ATO headquarters” refuted information that the “valiant” APU 24 of June fired on residential buildings, a kindergarten and a children's clinic in the Kirov district of Donetsk, on Biryuzova street. Although the OSCE observers recorded that the shelling was. But war criminals on the front line have repeatedly accused the Donetsk People's Republic of being “firing at itself”.

Unfortunately, saboteurs continue to operate in the Republic. In the morning of June 24 an explosion thundered in the central part of Donetsk on the territory of the Republican Center of Traumatology. 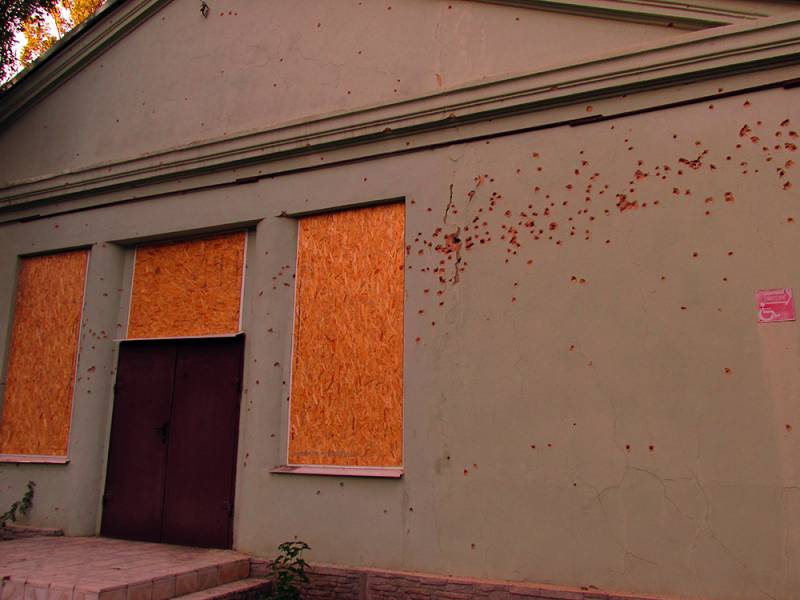 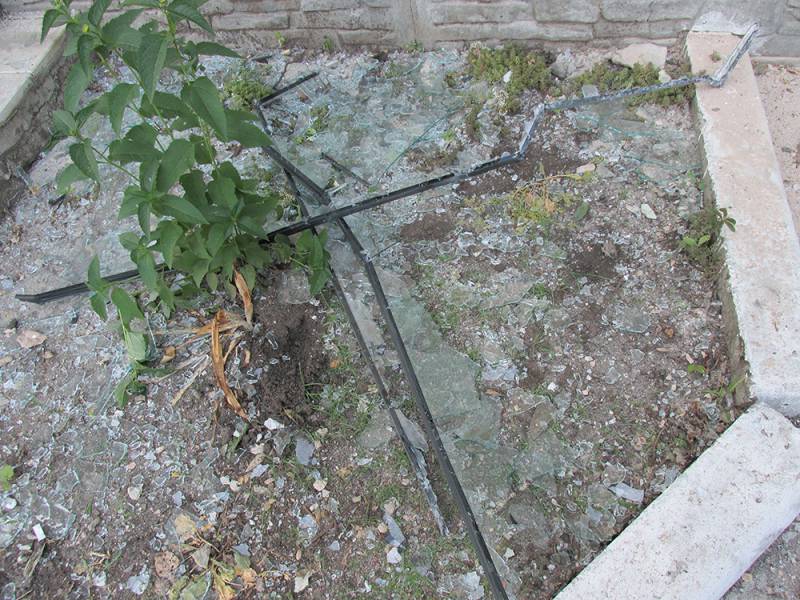 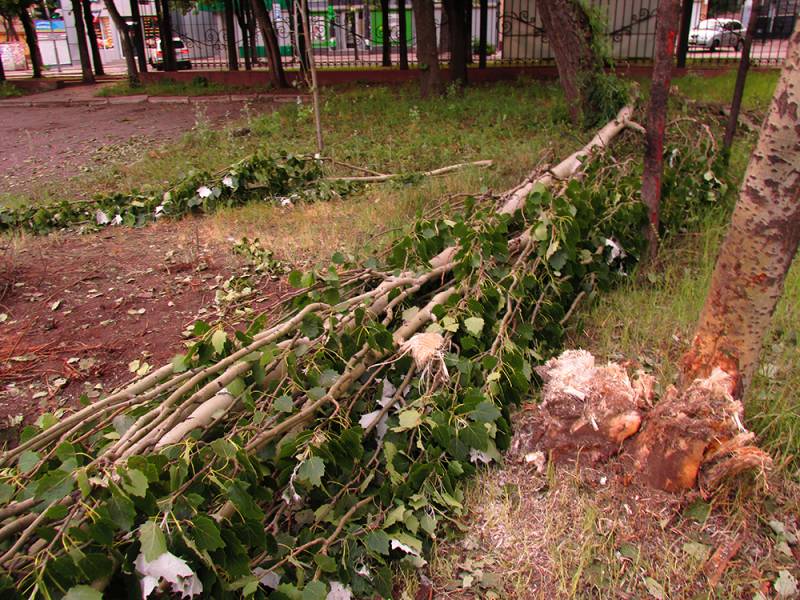 With the root povyryvalo trees, broken windows of buildings nearby. Damaged several cars. Only by a miracle no one died and was not injured.

As suggested by the head of the Donetsk People's Republic, Alexander Zakharchenko, this explosion was an attempt to assassinate the legendary commander Motorola (Arseny Pavlov), who had recently been in a hospital dressing. Motorola itself, outraged by the fact that doctors, patient, passers-by could have suffered, said: "According to the constitutions of almost all civilized countries, the incident has no definition other than an act of terrorism."

Despite everything that happens, the Donetsk People's Republic continues its moral battle with Ukrainian fascism. At least - by the fact that he lives and continues to live. In such conditions it is impossible not to prepare for constant attacks.

June 24 special tactical exercises of the Ministry of Emergency Situations were held on the territory of Makeevsky forest area. 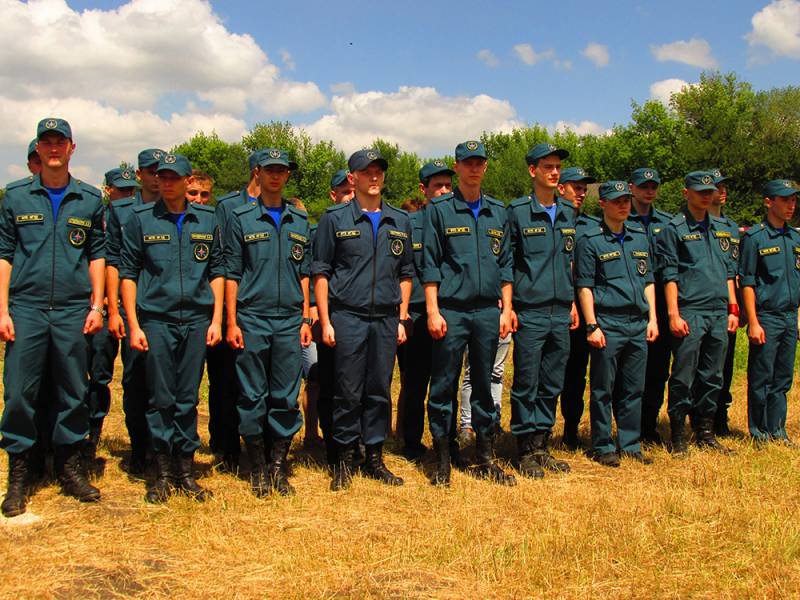 According to the legend of the exercise, the outskirts of Makeyevka suffered heavy shelling, a Smercha shell hit the forest belt, as a result of which a fire broke out and one of the local residents was injured. 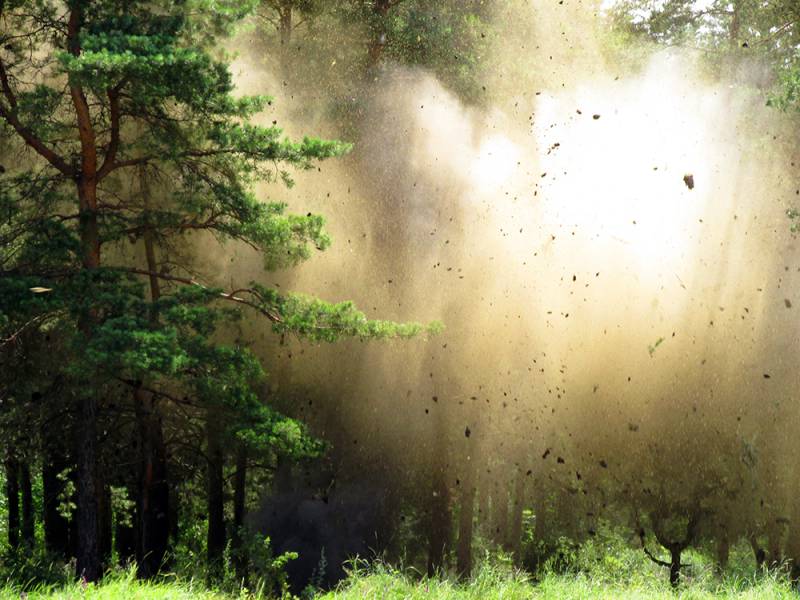 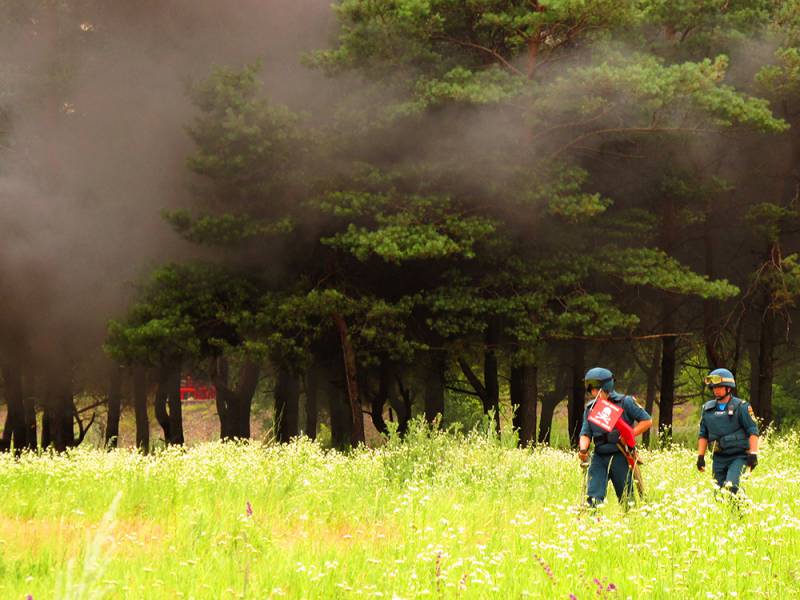 During the exercise, sappers examined the area for explosive objects. The remains of the projectile was taken away. The "victim" was assisted. Firemen arrived at the place where the forest burned. They quickly extinguished the fire. 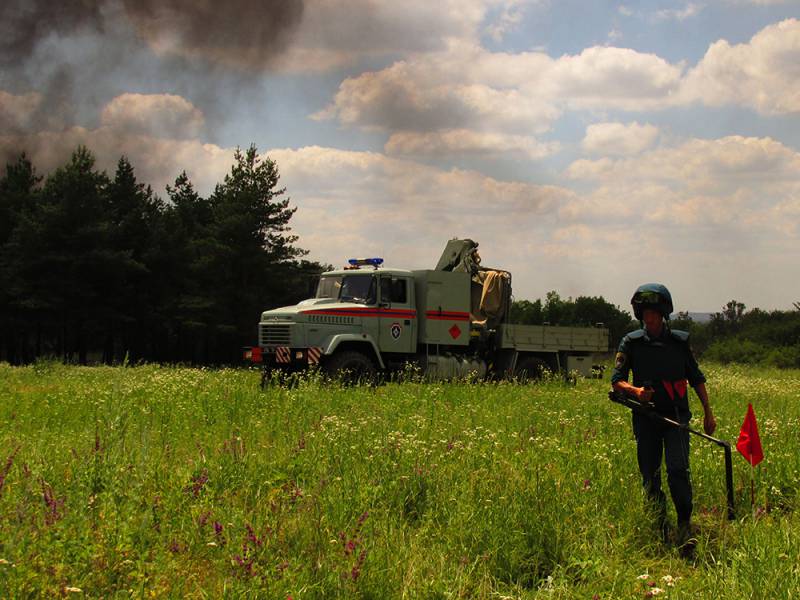 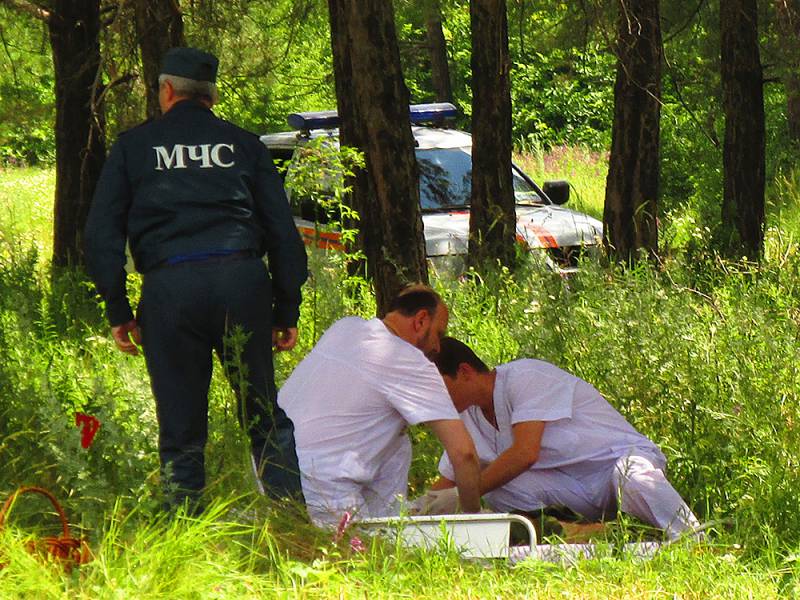 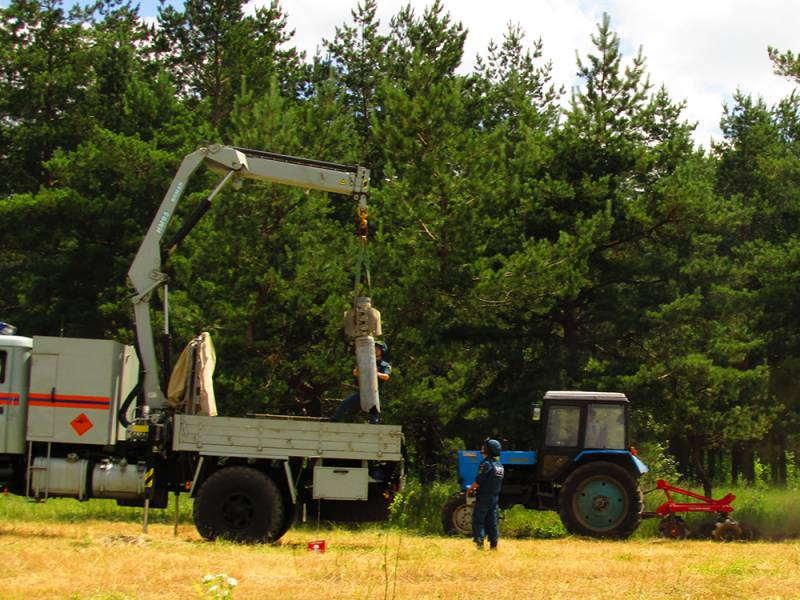 The Minister of Emergency Situations of the DPR, Alexey Kostrubitsky, highly appreciated the fighters who promptly and accurately carried out the task. 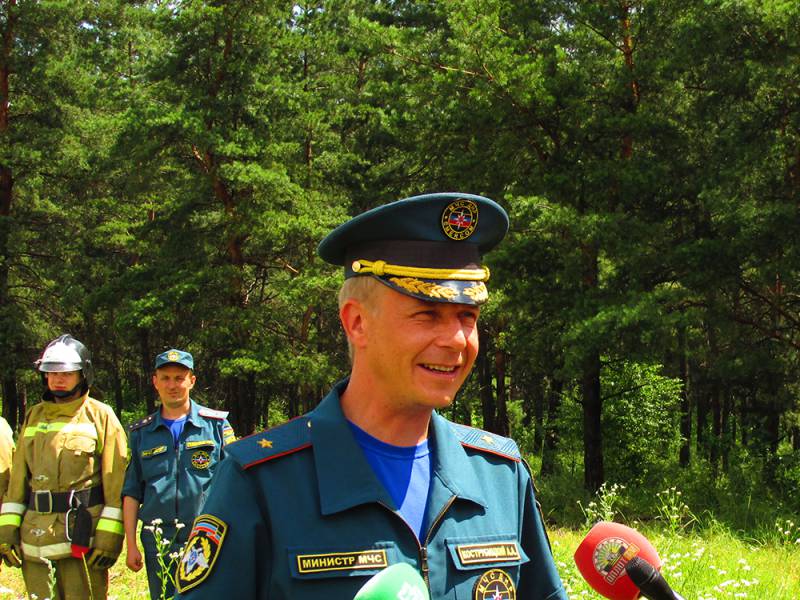 It should be noted that the equipment, which was involved in the exercises, was supplied to the DPR from Russia in May of this year as humanitarian aid.

Unfortunately, at any moment the scenario of the exercises may turn out to be a reality, and then this technique may be needed, as well as the skills developed during the exercises ... 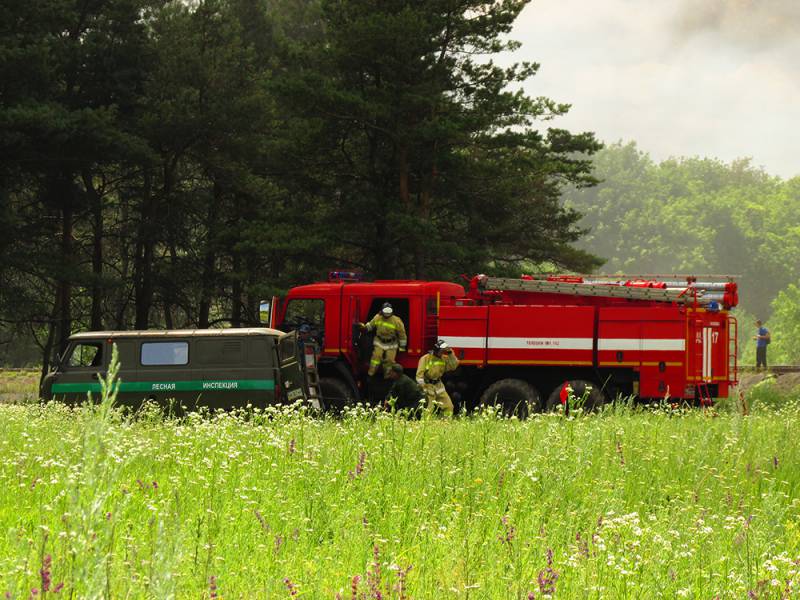 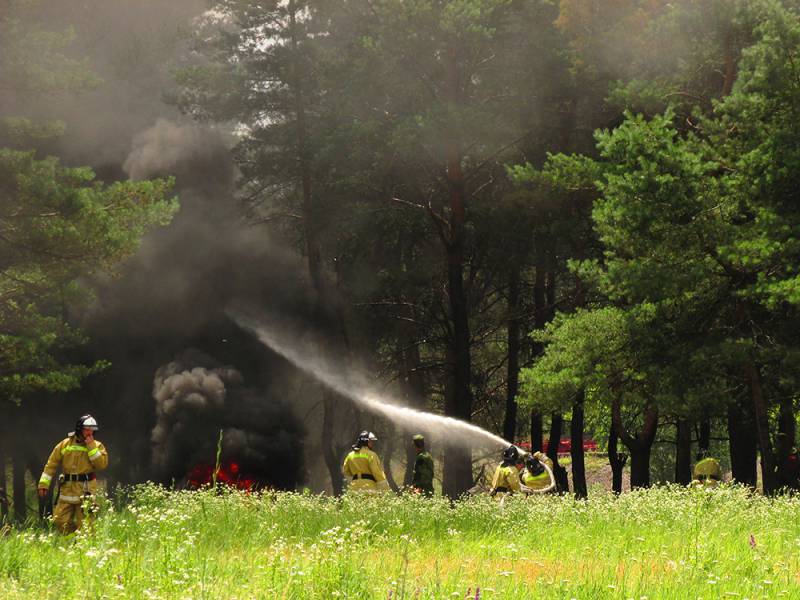 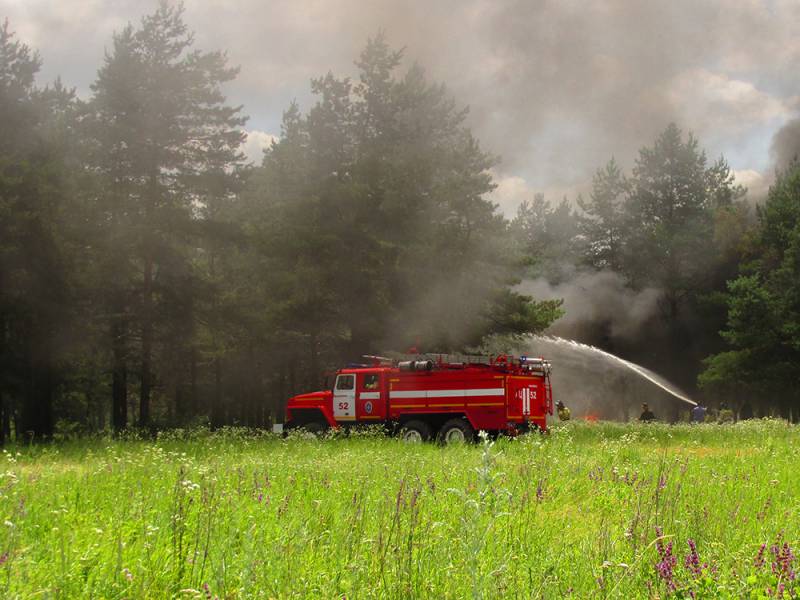 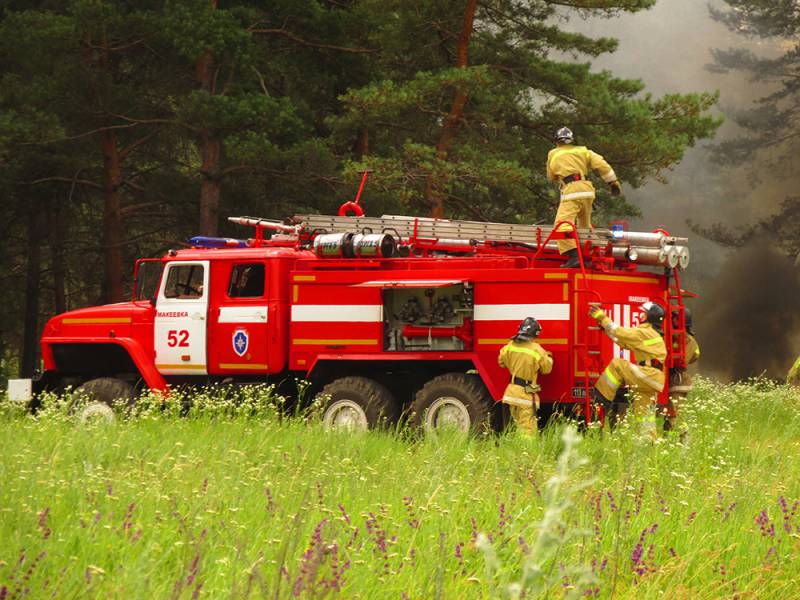 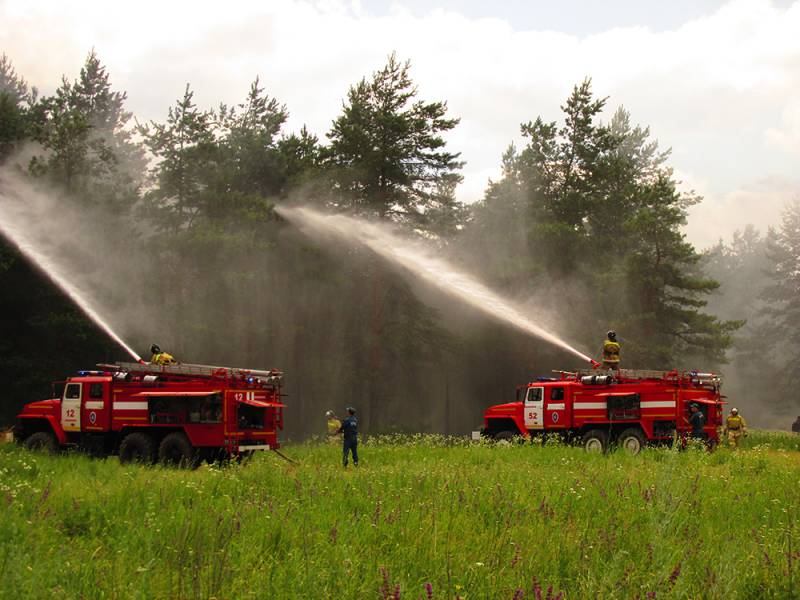 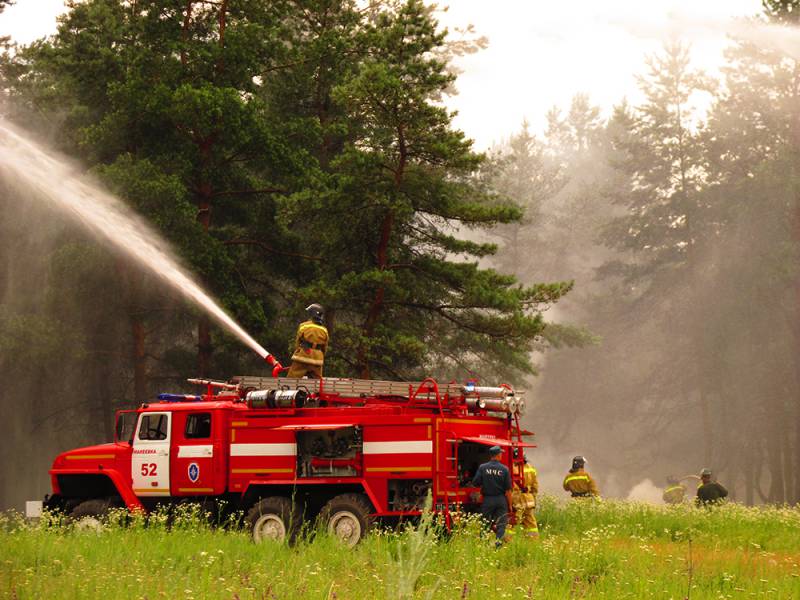 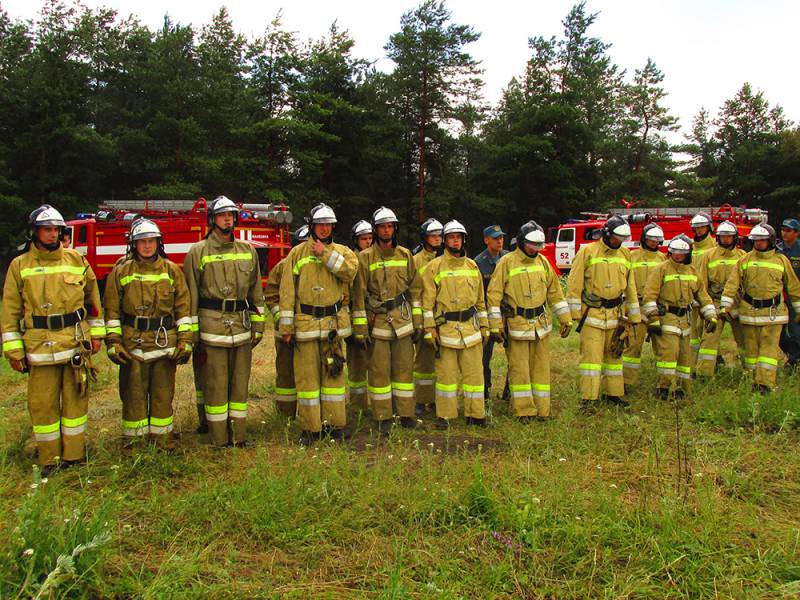 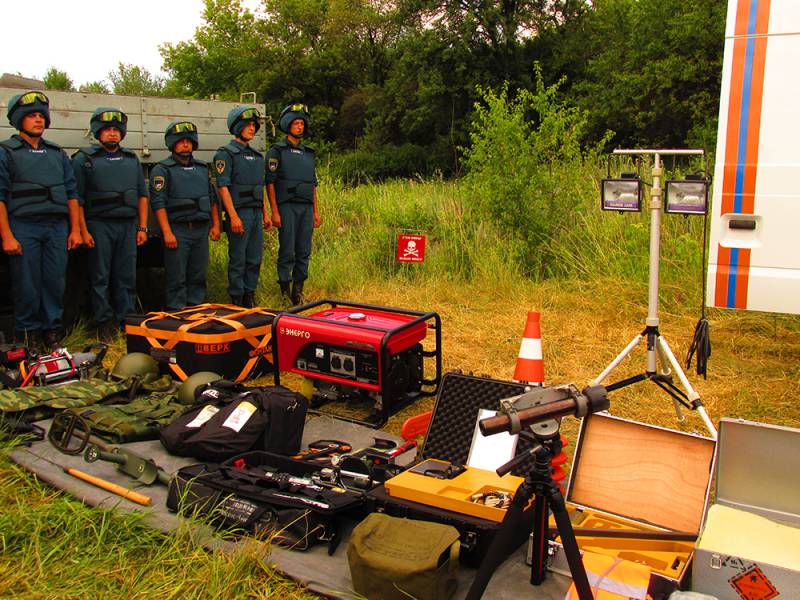 Ctrl Enter
Noticed oshЫbku Highlight text and press. Ctrl + Enter
We are
The head of the DPR visited Gorlovka, the cadets took the oath, and in the "Olympic" hosted the forum "Donetsk Republic"Ukrovoyaki killed a woman under Gorlovka. And in the DPR on the holiday punitive answered Day of St. George ribbon
Military Reviewin Yandex News
Military Reviewin Google News
12 comments
Ad