President of the Russian Federation Putin received a message from Turkish President Erdogan in which the Turkish leader expressed his interest in resolving the situation associated with the death of a Russian military aircraft. The head of the Turkish state in the message expressed his sympathy and deep condolences to the family of the deceased Russian pilot, and said: "Sorry." 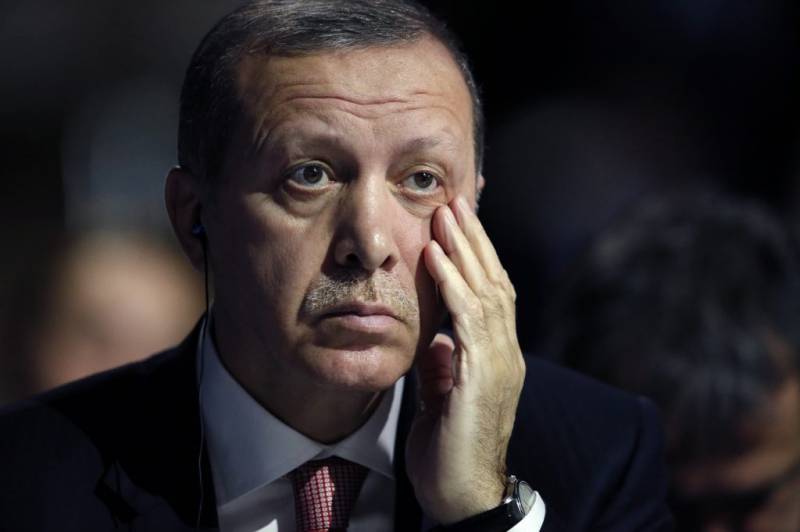 Dmitry Peskov added:
Erdogan expresses deep regret over the incident and underlines the willingness to do everything possible to restore the traditionally friendly relations between Turkey and Russia, as well as to jointly respond to crisis events in the region and fight against terrorism.

It is noteworthy that the Turkish president did not make any public statements on this subject. There are no comments on the situation on Erdogan’s Facebook page. Apparently, Erdogan has not yet decided to apologize publicly, preferring diplomatic contacts.

Recall that earlier Erdogan sent a letter to the Kremlin congratulating the Russian president and the people on the Day of Russia and in this letter expressed the words about the need to normalize relations between Russia and Turkey. In Moscow, they continued to wait for apologies for the plane shot down by the Turks and for punishing the perpetrators of the execution of the Russian pilot. Official Ankara stated that it is not going to bring an apology. Now it becomes clear that Erdogan decided to step over his "sultan" ambitions.

It remains to wait for the development of the situation in connection with the apology of Erdogan. For example, will those who were directly involved in the execution of Oleg Peshkov, Lieutenant Colonel of the Russian Space Forces of the Russian Federation, who was the crew commander of the Su-24 crew performing the antiterrorist mission in northern Syria, be punished?

On the website of the Russian President issued the text of the message, which is sent to Vladimir Putin, President of Turkey Recep Tayyip Erdogan.
Published text messages Erdogan to Putin

“Vladimir Putin received a message from Turkish President Recep Tayyip Erdogan, in which the Turkish leader expressed his interest in resolving the situation associated with the death of a Russian military aircraft,” the Kremlin website says.

The message, in particular, notes that Russia is a friend and strategic partner for Turkey, with whom the Turkish authorities would not like to spoil relations. “We have,” emphasizes Recep Tayyip Erdogan, “there has never been a desire and deliberate intention to shoot down an airplane belonging to the Russian Federation.”

Further it says that “having taken all the risks and making great efforts, we took the body of the dead Russian pilot from the Syrian oppositionists and brought it to Turkey. The organization of pre-funeral procedures was carried out in accordance with religious and military procedures.

All this work was carried out by us at a level worthy of Turkish-Russian relations. I want to once again express my sympathy and deep condolences to the family of the deceased Russian pilot and say sorry. With all my heart I share their pain. We perceive the family of the Russian pilot as a Turkish family. In the name of alleviating pain and the severity of the damage, we are ready for any initiative. ”

The letter also notes that with respect to a Turkish citizen, whose name is associated with the death of the Russian pilot, initiated and conducted the judicial investigation.

Recep Tayyip Erdogan expressed his deep regret over the incident and underlines the willingness to do everything possible to restore the traditionally friendly relations between Turkey and Russia, as well as jointly respond to crisis events in the region to fight terrorism.
Ctrl Enter
Noticed oshЫbku Highlight text and press. Ctrl + Enter
We are
The action “Military service under the contract is your choice!” In Rostov-on-Don: future contract servicemen, exhibitions and “Russian Knights”ARMY-2016. Cluster VCS. Part of 2. Space is space!
Military Reviewin Yandex News
Military Reviewin Google News
382 comments
Ad