24 2016 June
62
Today, reports of a terrorist act come from Donetsk. Around 11: 00 in the center of the city was a blast. Informational portal "Russian spring"reports that a remote mine bomb exploded in the area of ​​a trauma hospital on Artyom Street.


From the statement the staff of the trauma clinic:
The military regularly come to us for treatment. Most likely, the projectile laid in the expectation that one of them would die.

The walls of the clinic building were smitten with fragments, a part of the exploded landmine was cut off by a tree growing on the territory of the clinical complex. Several parked cars were seriously damaged. By luck, there are no casualties.

The head of the DPR, Alexander Zakharchenko, named the reason for the terrorist act precisely in the clinical complex. According to Zakharchenko, the target of the attackers was one of the leaders of the republic’s militia Arseny Pavlov (call sign Motorola).

RIA News cites the statement of the head of the DPR:
What is surprising, knowing Arseny, there are plenty of other places where it could be undermined, but these people chose the hospital

It is known that Motorola was indeed located in the trauma clinic in Donetsk. Photo portal "Russian Spring": 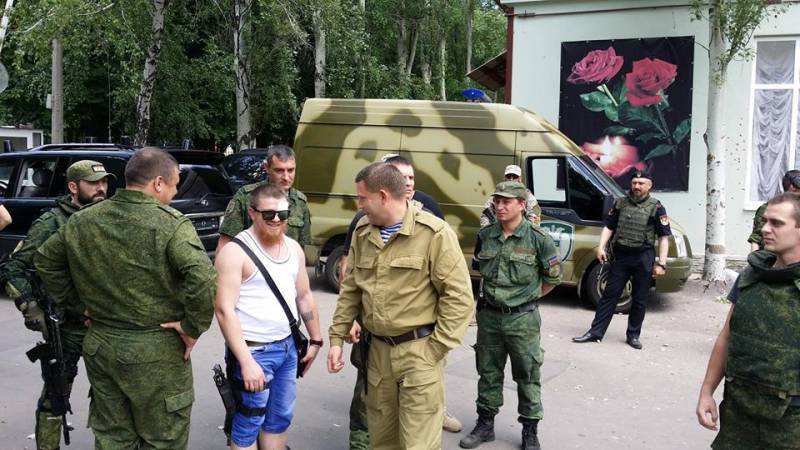