24 2016 June
61
The Prosecutor General of Ukraine summoned for the interrogation in Kiev the head of the Crimea Sergey Aksyonov, the prosecutor Natalya Poklonskaya, the head of the interior ministry of the region Sergey Abisov, the former chairman of the Sevastopol Legislative Assembly Alexei Chaly and other statesmen of the Republic of Crimea, reports NSN. 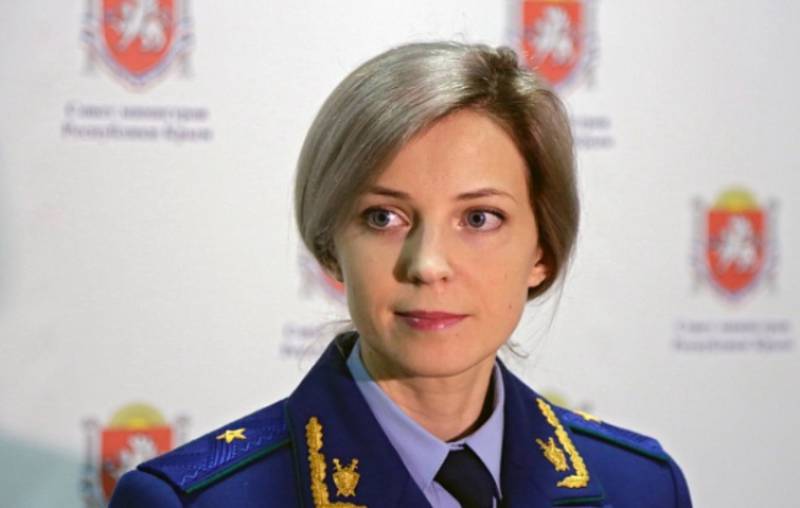 All of them must arrive for questioning in the GPU 29 Jun as suspects. And the agenda of any of them were not personally handed out - they were published in the Ukrainian newspaper "Government Courier".

Poklonskaya also, through the media, handed over a counter invitation to the Ukrainian law enforcement authorities, once again specifying her address.

“They have already called me in for interrogation several times. But if they need to carry out investigative actions, then it is necessary to follow the established procedure and mechanism, in accordance with the requirements of international law. They can come to the prosecutor's office of the Republic of Crimea at the address Sevastopol, 22. On the third floor, in the office of the prosecutor, I am waiting for them. If they want to ask me something, let them ask, ”said Poklonskaya.

“The fact that they cause me in violation of the requirements of their own law once again proves their inconsistency,” she added.

As is known, the GPU accuses the above-mentioned persons of seizing state power in the Crimea and the encroachment on the territorial integrity of Ukraine. In April, one of the district courts of Kiev in absentia arrested the head of the Republic of Kazakhstan Sergei Aksyonov.