Their fate will be decided by others.

22 2016 June
86
Some American politicians do not like the behavior of representatives of the World Anti-Doping Agency (WADA): they say, too slowly and reluctantly investigating cases of doping by athletes from Russia. There is also evidence that WADA is a poor structure: Sharapova will be richer. Meanwhile, the International Olympic Committee supported the decision of the International Association of Athletics Federations (IAAF) to extend the disqualification of Russian athletes at the 2016 Olympic Games. At the same time, the IOC has withdrawn from the decision of the fate of Russian athletes. 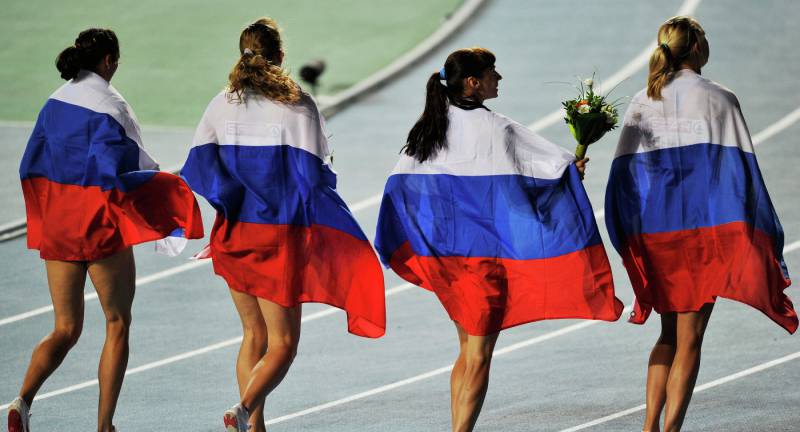 US Senator John Toon sent the head of the World Anti-Doping Agency a letter demanding to explain the reasons why the organization did not start the anti-doping investigation against Russia in 2010. About this with reference to The Washington Post writes "RT".

The publication states that as far back as 2010, one former employee of the Russian Anti-Doping Organization (RUSADA) by the name of Stepanov during the Olympic Games in Vancouver appealed to three representatives of WADA. He said that his agency and the Ministry of Sport of Russia helped Russian athletes to hide the use of doping. Later, already in 2014, one employee of the World Anti-Doping Agency realized that his colleagues would not be going to start an investigation, and therefore suggested that Comrade. Stepanov address the journalist H. Zeppelt (Germany). He did not miss the chance and took up a documentary on an exciting sports theme. The film marked the beginning of the doping scandal that continues to this day.

Senator John Toon said in a letter that a “strong and reliable” anti-doping agency is needed to ensure the purity of competitions and honesty in sports. Mr. Senator does not believe in the reliability of WADA: “Unfortunately, recent accusations and the subsequent answer of WADA questioned the strength and reliability of this organization.”

Senator does not believe in the independence of the agency. There is definite proof of this: Craig Reedy, the head of WADA, is also the vice-president of the International Olympic Committee (IOC). “The task of WADA in promoting sports without doping is negatively affected by the links of its leadership with national Olympic committees or ministries of sports, the purpose of which is to increase the competitiveness and the number of medals of a particular country,” concluded the US senator.

At the same time, despite such a warm attitude towards Russian athletes, during the doping scandal, experts have repeatedly expressed the opinion that the behavior of WADA, and other sports organizations, is politicized, since athletes from the Russian Federation mainly check and criticize "Reedus".

Other curious information also appeared: it turns out that WADA is a poor structure: Sharapova will be richer. This was hinted by the WADA leadership itself.

As recalled Life.ru, in a speech at the WADA Symposium, Reedy stated that “the only positive moment in stories with Sharapova's disqualification, she’s earning more money a year than the World Anti-Doping Agency has earned over the entire history. ” Lawyer Sharapova John Heggerti then demanded an apology from Mr. Reedy. Also, the party Sharapova argued that, if not wait for an apology, then go to court.

As stated in the WADA statement, Reedy’s words did not contain anything reprehensible: after all, he spoke about Sharapova not in the context of doping, but about the deplorable financial situation of the agency. "The phrase about Sharapov was taken out of context," the Life quotes the answer of WADA. - Mr. Reedy said that the agency is forced to work in a very tight budget. And cited the example of the case with Sharapova, when they managed to achieve an important result with very modest resources. Comparing the revenues of WADA and Sharapova, Mr Reedy made it clear that the agency needs additional funding. That’s all. Therefore, he has nothing to apologize for. ”

Maria Sharapova earned a million dollars in prize money 36,8 career, notes "Reedus". As for the financial situation of WADA, it was reported by the above-mentioned Senator John Thun. The senator indicated in his letter that in fourteen years the US government transferred WADA at least twenty-five million dollars. Mr. Reedy gives a slightly different number: reports that the annual budget of WADA is 26 million dollars. Craig Reedy says that for the full work of the agency these amounts are not enough. That is why investigations are going slowly.

And one more sport news.

21 June The International Olympic Committee supported the decision of the International Association of Athletics Federations (IAAF) to extend the disqualification of Russian athletes at the Olympic Games 2016 g.

As transmits RIA News", The International Olympic Committee at the summit in Lausanne supported the decision of the IAAF, which had previously upheld the disqualification of the All-Russian Federation of Athletics (VFLA) and removed Russian athletes from international competitions.

According to the head of the IOC, Thomas Bach, the decision on the admission of athletes to competitions by international federations should be made individually. This applies in particular to athletes from Russia and Kenya, whose anti-doping services are deemed inconsistent with the WADA code.

“The presumption of innocence should be applied to athletes from these countries. Each athlete from these countries must be recognized as admitted by an international federation in accordance with the established procedure individually, having received an individual permit, having passed the appropriate tests in accredited laboratories, ”IOC President quotes RIA Novosti.

He also said that the sanctions should apply not only to athletes caught in doping, but also to officials and doctors involved in violations.

The President recalled that Moscow can challenge the decision of the IAAF in the Court of Arbitration for Sport in Lausanne.

And most importantly: Bach said that the IOC did not consider the issue of dismissing the Russian Olympic Committee from participation in the Olympic Games-2016.

The main conclusion of the IOC Summit is "Moscow Komsomol": The Russian Olympic Committee is not suspended, therefore, the country is going to the Games, "athletes will compete as an OCD team, since only OCD can contribute athletes to the Olympic Games, because there is no team of international federations."

As for the fate of athletes, nothing has changed so far: only recommendations were made to consider the issue for each athlete individually.

In fact, we add, the IOC refused the final decision on the fate of Russian athletes, pointing the finger at the International Association of Athletics Federations. After all, Thomas Bach was directly asked: will the fans of Russian athletes see at the Games in Rio. Head of the IOC answered like this: “This question should be addressed to the IAAF. First of all, you need to express full support for its decision. We still have to wait for individual solutions from the IAAF. ” In addition, he reasonably recalled that Russia has the right to appeal to the Sports Arbitration Court of disqualification VFLA.

“Athletes will perform at the Olympics as a separate Russian team,” the IOC President said at the summit. - An important criterion will be the fact that these athletes will pass enhanced additional doping tests. Athletes will be able to compete under their national flag. ” And, as noted "Russian newspaper", for the rest of 27 to the national federations of Russia, the issue of participation or non-participation was not raised.


Observed and commented on Oleg Chuvakin
- especially for topwar.ru
Ctrl Enter
Noticed oshЫbku Highlight text and press. Ctrl + Enter
We are
How WADA and IOC amicably reduce themselves to the level of the plinthAccused of doping
Military Reviewin Yandex News
Military Reviewin Google News
86 comments
Ad