22 2016 June
24
The national minorities of Ukraine have ceased to observe how the new authorities are flirting with the self-styled Crimean-Tatar Mejlis, promising him late benefits, up to granting territorial autonomy. This weekend in the Chernivtsi region was the Assembly of Romanians Bukovina. She called on the president of Ukraine, Petro Poroshenko, to give autonomy the territory of compact residence of Romanians in the Chernivtsi region. 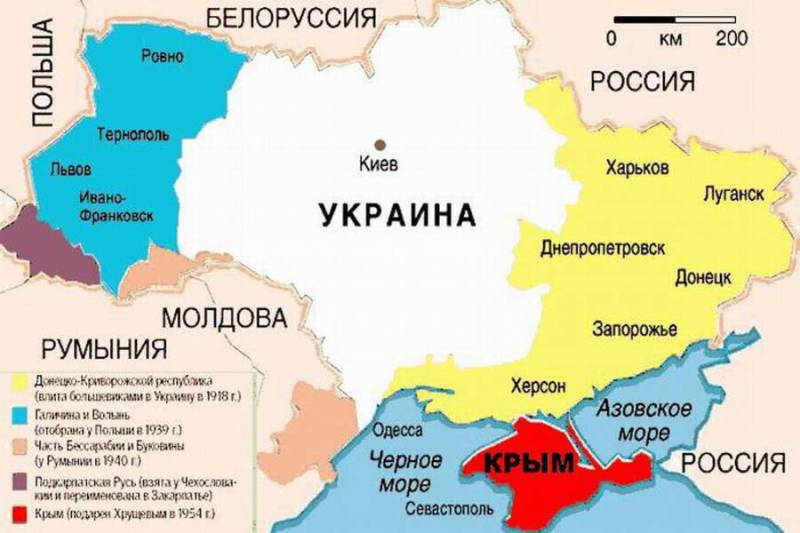 About those to whom Buddha is not a relative

Admittedly, Petro Poroshenko for Romanians is not a stranger. The current president of Ukraine spent his childhood in the south of the Odessa region. There are also many Romanians there. Poroshenko managed to master their culture and language. The meetings of the Ukrainian president with the residents of Bukovina showed that Poroshenko is quite tolerable in Romanian. On this occasion, local residents then joked: the president understands the difference between the words Barbak (male) and berbeck (ram).

The former closeness of Petro Poroshenko to ethnic Romanians had no effect on the present state of this nation. He had not been spoiled by the new Ukraine before. When nationalist forces came to power in Kiev, glorifying Bandera, Shukhevych and other fascist henchmen, people realized that the danger now threatens not only Russians, but also Poles, Hungarians, Romanians. Bandera Galicians always considered them their enemies.

This potential danger was supplemented by a collapsed economy, unsolved social, educational and linguistic problems. Romania actively took advantage of the new situation. In recent years, she has issued more than 100 thousands of her passports to the ethnic Romanians of Ukraine. For representatives of the diaspora in universities in Romania, they introduced a quota for students on 200 budget places.

This policy has generated curious plots. Holders of Romanian passports (they have European status) went to work in the countries of Western Europe. Graduates of Romanian universities began to replenish the labor market of Romania itself. The thing is that Ukraine does not recognize Romanian diplomas (as well as dual citizenship, by the way). Graduates of Bucharest universities, in order to remain in the profession, must pass nostrification (confirmation) of the diploma in Kiev. It is expensive. In addition, young specialists from Romania did not become desirable for the new Ukraine.

There are many reasons. In addition to high unemployment, the enthusiasm of local nationalists affects their historical self-identification. With the help of the infamous professor Pan Bebik, they have already found the pra-Ukrainian roots of Buddha and Jesus Christ. Among the others, even the Voice of Ukraine newspaper, the official organ of the Verkhovna Rada, devoted entire new pages to the new “historical discovery”.

National minorities in this circle of "chosen from the Buddha" is not very comfortable. Ukrainian nationalists do not welcome them. Naturally, this also affects the position of the official authorities. For example, Kiev so far refuses to ratify the Charter of National Languages ​​- an international European document guaranteeing the rights of national minorities.

Under these conditions, ethnic diasporas began to create associations to protect their interests. The Romanians of Bukovina established their assembly last July. At the same time, they declared their desire to achieve for themselves a special status within Ukraine - autonomy. Now the intention of the national association has grown into an open demand. The calculation is based on the fact that the new territorial status will allow autonomy to receive economic support from Romania, to solve with its help the humanitarian problems of Bukovina.

Life requires the federalization of Ukraine

In Kiev, there is no comment on the requirements of the Assembly. Most likely, it will remain unanswered. So it was already. In April, the Transcarpathian Regional Council appealed to President Petro Poroshenko, Chairman of the Verkhovna Rada Volodymyr Groysman, Prime Minister Arseniy Yatsenyuk, as well as to people's deputies of Ukraine to speed up the introduction of changes to the Constitution and laws of the country and give local authorities a wide authority and material self-sufficiency.

Then they also wrote down the word “autonomy” in the decision of the council. Kiev did not officially respond to this. But in the media, Ukrainian officials played for the full program. They found the Russian trace in the decision of the Transcarpathian Regional Council, and the deputies who made the decision on autonomy were accused of separatism and even threatened to launch a second anti-terrorist operation in Transcarpathia — an anti-terrorist operation, as in Donbass.

Even before the Hungarians and Rusyns of Transcarpathia said their word. Immediately after the coup in Kiev, they demanded from the new authorities protection from armed radical elements, “equality at all levels of life, the possibility of training in their native language, legal and financial conditions for the development of their culture, as well as recognition of the institution of dual citizenship”. In Uzhgorod, a rally was held demanding autonomy to Transcarpathia.

Needless to say, all these appeals did not receive a reaction either from the European Parliament or from leading European politicians. They had their own views on the new Kiev authorities. Ukraine pushed for war with Russia. Nobody paid attention to the appeals of national minorities.

This, by the way, did not at all influence the aspiration of the peoples of Ukraine to the federal reorganization of the country. In October last year, for example, in Belgorod-Dnestrovsk, Odessa region, the Narodnaya Rada of Bessarabia adopted a declaration proclaiming the re-establishment of the Bessarabian Republic of Budjak.

The People’s Rada of Bessarabia was established last spring. It was formed by delegates from seven key Bessarabian communities (Bulgarian, Gagauz, Russian, Ukrainian, Gypsy, Moldavian and Polish). The Council includes deputies of local councils of the Odessa region, public figures and journalists. They saw the Bessarabian Republic as part of seven districts of the Odessa region and Gagauzia. Security Service of Ukraine prevented these plans.

The repression of the new government cannot stop the process that has begun. Even the western partners of Kiev felt it. In December last year, the US Vice-President Joe Biden made a speech in the Verkhovna Rada of Ukraine. He then actually called on the Ukrainian authorities to federalize the country.

“It is important that there are autonomous, independent states that solve their problems on their own, have their own educational system, government, within the framework of a unified Constitution,” Biden said to the Ukrainian parliamentarians. Later this thesis was repeated in various ways by Assistant Secretary of State Victoria Nuland, German Chancellor Angela Merkel, French President Francois Hollande, and other Western politicians.

These appeals found a response from the regional Ukrainian authorities. At the end of May, deputies of the Odessa Regional Council launched an initiative to conclude an agreement on the delimitation of powers between central and regional authorities and called for this to President Petro Poroshenko and Prime Minister Volodymyr Groysman. Similar decisions were made by deputies of the Zhytomyr region and the Kirovograd Regional Council.

There are many reasons for the desire to redistribute powers. First of all, there are economic and social reasons. Serious tension in relations between the authorities creates a massive, often inappropriate, renaming of cities, villages and streets, caused by the so-called de-communization of the country. In the national enclaves, as we see, the struggle for the rights of national minorities is added to the main problems. For Ukrainian nationalists, such requirements as a red rag for a bull are annoyingly excessive. Time has shown: this public sees and honors only its own interests.

Meanwhile, the world in Ukraine, its well-being and even its future are impossible without taking into account the legitimate interests of all groups of the population. They have their own vision of the development of the economy, culture, education, and the spread of national languages. This can be realized through decentralization and federal reorganization of the country. The new Kiev government, sharpened by the interests of the Ukrainian nationalist group, does not like this policy. And this is the main problem of today's Ukraine ...