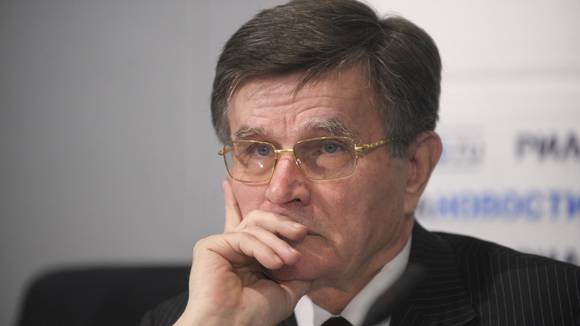 Former diplomat and now President of the Society for Friendship and Business Cooperation with Arab countries Vyacheslav Matuzov about his recent trip to Libyan Tobruk, meetings with the country's leadership, differences between parliament and the government, and US attempts to introduce ISIL into the militants' cabinet.

- You have just returned from Tobruk. What was the purpose of your trip? Who did you meet with?

- First of all, I should note that this trip followed the meetings that took place in Moscow. From the Libyan side, they were attended by the head of the administration of the Chief of the General Staff, Colonel Murad Al-Sharif, and the Ambassador of Libya in Saudi Arabia, Abdelbaset al-Badri. They were adopted at the Foreign Ministry and the State Duma. In particular, negotiations were held with the chairman of the defense committee, Vladimir Komoyedov. In addition, Libyan representatives visited the Society for Friendship and Business Cooperation with Arab countries. Following the results, the head of the delegation handed me an invitation to visit Libya. I visited Tobruk, where I met with the President of the House of Representatives (Parliament) Agila Saleh Isa, as well as the military, and in particular the Chief of General Staff and the commander of the naval forces. They introduced me to the situation in the country, their military capabilities and the nature of the relationship with the special representative of the UN Secretary-General for Libya, Martin Kobler, as well as the representative of the State Department, Jonathan Wiener.

- It is a little surprising that Libyans are showing an increased interest not in Russian official structures, but in a public organization, which is the Society for Friendship and Business Cooperation with Arab countries. Do you have any explanation for this?

- I would not say that they show no interest in the Russian authorities, because, as I said earlier, the Libyan representatives held meetings at the Foreign Ministry and the State Duma. At the same time, along with officials, they meet with representatives of public organizations that support their struggle. I personally see my trip as an element of people's diplomacy. 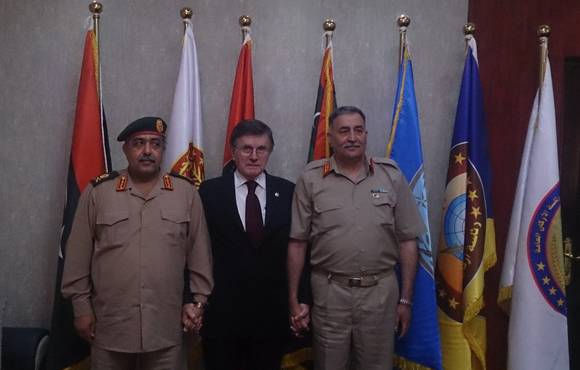 - Do you coordinate and coordinate with the Russian Foreign Ministry?

- Not. I do not receive any instructions from our foreign ministry, but I am guided by the charter of a public organization that allows you to establish such contacts, as well as statements by the president and the Russian Foreign Ministry. I understand the official position, I share and support it. And when I get this kind of invitation, I explain my understanding of Russian foreign policy. But my organization does not receive orders and does not seek to become an instrument of this or that state mechanism.

- The government recognized by the world community is now working in Tripoli. At the same time, a world-recognized parliament is also held in Tobruk, which, however, as we know, does not recognize the Cabinet of Ministers and has a lot of disagreement with it. Do the meetings of Libyans in Moscow, as well as your trip to Libya testify to the desire of the legislature to find support from Russia?

- He is really interested in receiving both official and public support. And such support from our side was demonstrated to him. As for relations between the government and the parliament, the latter does not oppose the cabinet and is ready to participate in its formation, supports Faiz Sarraj as head of the cabinet. At the same time, the Americans in the person of Wiener, with the support of Kobler, who essentially represents not the UN Secretary General, but Washington, are trying to bring representatives of extremist Islamic circles with whom the Libyan army is fighting to the government. First of all, we are talking about the American recommendations to involve the work of the Cabinet of Abdelhakim Belhadj. He is known for being one of the leaders of ISIL in Libya and has participated in the fight against government forces in Syria. Naturally, the parliament strongly disagrees. And in this matter he is supported by other Arab countries, primarily Egypt and the monarchies of the Persian Gulf. And Russia, in turn, is working with all parties, but unlike the Americans, it does not impose its people on Libya.

- And yet there is a feeling that Russia more sympathizes with the parliament, and not with the government.

- I can not speak for MFA. They take into account many variants of the development of events and do not focus on any one figure. And this, in my opinion, is the right approach. But in the end it is time to make a decision. And, it seems to me, the time has come when both the leadership of Russia and society should support one of the parties, because US policy in Libya differs in about the same approaches as in Syria. There, they created ISIS to fight Assad, which led to known results. And in Libya, Washington does not send terrorists, but tries to introduce them into the government.

“Why do Americans need to promote people like Belhadj to official structures?”

- The United States does not own the situation in Libya. Control over the country is in the hands of the army and parliament, supported by the tribes. At the same time, the Libyan society is not ready to accept those people who are implanted by the Americans. By the way, Lavrov, speaking in the State Duma, noted that the government sits at a military base near Tripoli under the protection of special forces from a number of Western countries and cannot get into the Libyan capital, since he has no real power. In turn, the parliament was elected during the voting. Under his control is the second largest city in the country of Benghazi, a vast territory. That is, the balance of power is not in favor of the government.

- Do you think that if Russia openly supports the parliament in Tobruk, will this allow it to strengthen in North Africa and establish strong relations with Libya?

- I see no other way for Moscow except to support the legitimately elected government. And such power in Libya is the parliament. It is he who must form the government. While the cabinet was appointed from the outside. The Americans did it. This is where problems arise with the settlement of the crisis in the country, which represents a danger to the surrounding states. These are flows of refugees to Europe, and the intensification of ISIS militants in the Sahara-Sahel zone. That is, the question now is about preventing the formation of a center of world terrorism and maintaining security not only at the regional, but also at the world level.

Ctrl Enter
Noticed oshЫbku Highlight text and press. Ctrl + Enter
We are
Interview by President Bashar Al-Assad to the Sunday TimesWho will be the next victim of destabilization in the Middle East?
Military Reviewin Yandex News
Military Reviewin Google News
26 comments
Information
Dear reader, to leave comments on the publication, you must sign in.