China and the United States: the tension increases?

21 2016 June
48
According to a recent report by Reuters, the United States intends to increase ship groupings off the Pacific coast of China. 3rd Command fleet The US Navy plans to send additional warships to the shores of East Asia to carry out certain missions. Experts associate such activity with B.H. Obama's plans to establish "equilibrium" in the Asia-Pacific region. 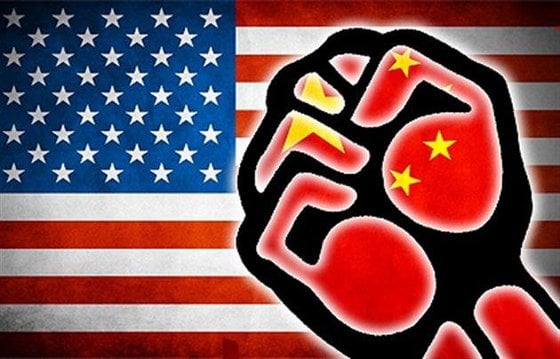 The command of the third fleet of the US Navy is going to send more ships to the East Asia region. These ships will operate in conjunction with the seventh fleet, based in Japan, reports TASS with reference to Reuters.

The agency refers to an anonymous source in the US government. “Even more ships of the third fleet will be sent to the region in the future,” the representative of the US authorities said on condition of confidentiality. He and another official said that the ships would perform a number of tasks, but they did not provide the details, ”he said. TASS Reuters message.

The agency recalls that a third fleet, based in San Diego, California, usually operates in the eastern Pacific. And, if these ships relocate to East Asia, they will be outside the former theater of action.

The composition of the fleet includes 4 aircraft carrier and more than a hundred ships. In April, 2016, several ships assigned to the fleet, were already sent to the region. They included destroyers with guided missiles.

As for the seventh fleet, it includes the carrier strike group, 80 ships and 140 aircraft.

Reuters also points out that information about a possible relocation appeared against the background of tensions between the United States and China, which is associated with the situation in the South China Sea. We are talking about territorial disputes: China is leading them now with Brunei, Vietnam, Malaysia and the Philippines. The United States and Japan claim that Beijing has created at least 7 artificial islands, and all of them can have a dual purpose. Beijing denies such accusations, insisting on the peaceful nature of its construction.

Expert Center for Strategic and International Studies Greg Pauling, whose opinion leads RIA "Vladnews", notes that sending additional warships is part of Barack Obama’s plan to relocate US forces to establish a balance in the region.

The representative of the Ministry of Foreign Affairs of China Lu Kahn said that China would oppose plans for the transfer of American ships to the shores of East Asia if such a transfer would undermine regional peace and stability.

“The United States has the right to decide for itself how to spend the money of American taxpayers. However, if these actions will undermine regional peace and stability, we will definitely oppose, "- Quo quotes RIA News".

This sharp controversy was preceded by the statements of Japan concerning the East China Sea. Their resource leads "Zero Hedge".

The last round of growth of tension in the East China Sea, as noted by Japanese officials, was the appearance of a Chinese warship near the disputed islands of Senkaku (Diaoyu).

The fact is that the appearance of a military ship was noted for the first time. Earlier, China regularly sent non-military patrol vessels there, the newspaper notes.

The deputy head of the Japanese Foreign Ministry, Akitaka Saiki, in Tokyo, even called the Chinese ambassador (it was about two o'clock in the morning) and expressed "serious concern" in connection with this issue.

A warship, a frigate, was seen at a distance of less than 24 nautical miles from a chain of uninhabited islands. The Japanese ships were "in contact" with the Chinese frigate as it approached the zone and warned him for about two hours, demanding a change in course.

The Japanese government believes that China’s actions “unilaterally” contribute to the “escalation of tensions in this region.” And so the Japanese are "seriously concerned." Prime Minister Shinzo Abe has already ordered the Japanese fleet and the coast guard on alert.

As for the Chinese, those through the Ministry of Defense responded that the Diaoyu Islands are "Chinese territory", and therefore "the passage of Chinese warships through the waters that are in the country's own jurisdiction is reasonable and legal." Other countries "do not have the right to make irresponsible statements."

And here is another interesting twist: in Tokyo they said that at about the same time two Russian ships were noticed in the waters belonging to the islands. It is unclear whether their presence was connected with the Chinese frigate. Japanese officials said they did not protest the appearance of Russian ships.

According to the head of the HSE School of Oriental Studies, Alexei Maslov, the period when the United States in this region felt comfortable came to an end with the arrival of the Chinese leadership Xi Jinping. The new leader began to pursue a more persistent policy of upholding Chinese interests around the disputed islands. “Over the last three years, there has been a clear escalation of tension. Building US naval presence is their response to Beijing's activity in Southeast Asia, ”said the expert. Reedus.

According to him, the Chinese chose the option of increasing their military presence in the region, that is, for every step of the PRC, the American response will follow a more or less parity move. “The danger of the escalation taking place, of course, is not that the US and China are going to unleash an armed local conflict,” said Maslov. - The danger is that a collision between Chinese and American warships can occur by accident - for example, during dangerous maneuvering. Then the matter will not be limited to diplomatic notes. ”

Presumably, we add in conclusion that in the near future, the US will increase the naval forces in the region and increase the number of visits to the territorial waters of the disputed islands, where China is "peaceful construction."

We should not forget about the Chinese initiative “The Sea Silk Road for the 21st Century”. Tensions between China and the United States, warships in the region against the background of Japanese diplomatic protests - all this can lead to an unstable situation not only in the Pacific, but also in the world. No wonder other analysts have been predicting the Third World War for several years, which allegedly will begin with a military confrontation between China and the United States.