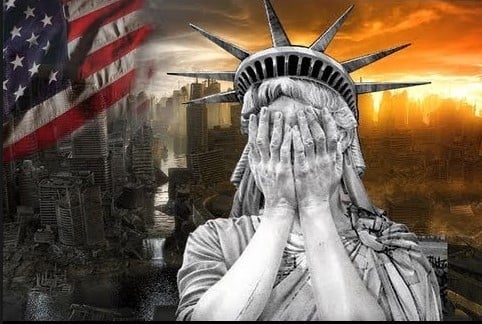 It's hard to say if the world has logic storiesbut world wars definitely have iron logic. For such wars there are always serious reasons; with such wars, big countries are trying to solve their big, or even insoluble problems. What big country in the world today has big financial and economic and current domestic political problems? Huge international debt?


US presidential candidate Hillary Clinton says the other presidential candidate, Donald Trump, is a threat to national security. And Trump throws back: "Clinton must go to jail, due to systemic violations when she was secretary of state." Clinton declares: "If Trump becomes president, there will be a holiday in the Kremlin." Trump responds: “NATO is being ripped off by the United States,” and meets with Henry Kissinger, the ideologist of the “detente” policy, while today's “gray cardinal” of Washington is its opposite - Zbigniew Brzezinski.

In vassal USA, Europe is also a complete mess and lack of discipline. In England, a referendum is held on secession from the European Union, and the popular politician Boris Johnson, one might say, the English “Trump”, demands “to return his country to national control - England”. On the current Prime Minister, who is in favor of a “European choice,” the British have the following opinion: “Cameron is a useless prime minister, and he lies to us.”

Berlin, in the peak of Ankara, defiantly adopts a resolution on the Armenian Genocide by the Turks at the beginning of the twentieth century, the European press bows Turkish leader Erdogan with a “possessed dictator” and “emerging sultan”, in response to Erdogan speaking about Turkey’s “new way” towards Europe.

Against this background, the Western press, unanimously, but completely freely, with a few exceptions, sculpts from Russia an “image of the enemy” under the pretext of its “aggression in Ukraine”, where Washington has just made a “non-aggressive” “regime change” by a coup d'état, and Russia interferes such a “spread of democracy” does not even recognize it as “democracy”! And this undermines European values ​​...

If you call this demagogy with real words, then the West is preparing to justify its aggression against Russia, under the guise of further "spreading democracy", making it inevitable in the eyes of the western man in the street. I remember that Hitler justified his aggression with the need to spread culture in Russia, and the need for decommunization. The West also deals with the latter in Ukraine, in the Baltic States and in Poland ...

If we speak in a dry military language, the West is trying to take advantageous springboards for war with Russia, which it is not a pity for him to turn into a battlefield. Many analysts believe that Washington has decided: if it is not possible to “change the regime” in Russia, as in Ukraine, then it must be demolished, and it goes for this to its original lines. But not only for this.

The internal problems of the United States, and the entire progressive Western community, can also be tried to be solved at the expense of the new world war. Let us not forget that the technological gap between the West and the non-Western world is drastically reduced, and the West needs to fight for peace, with all the non-Western world, either now or never.

So, the launch by the West of the ideological engine of the new war, demagogic Russophobia, is a necessary condition for its unleashing, and we see that it is supported by the US coming out to bridgeheads convenient for the Russian attack in Ukraine and in the Baltic states.

Yes, Russia is a nuclear power, but Washington hopes, nevertheless, for a conventional (conventional) war, a certain guarantee of such a course of war should be the global American missile defense, whose complexes are deployed in Romania and Poland. Or hope ...

However, after the speech of the Russian Aerospace Forces in Syria, the United States began to fear the usual war with Russia, and they began to talk about what happened “unthinkable”: Russia restored its non-nuclear military power and challenges the West. The “unthinkable” may be the decision about the so-called preventive “instant global strike” of the USA on Russia, which, however, may be “unthinkable” and end ...

When is the X time for Washington? The United States will deploy a missile defense base in Poland in 2017, so the world can count on a whole year of peace. However, not everything is decided by military preparations. A serious internal obstacle to the outbreak of world war was for neocon, neo-Trotsky-permanent Washington candidate for US President Donald Trump.

To thwart Trump’s presidency, if it becomes inevitable, to keep him out of the White House Oval Office, the neocon hawks can go very far, even for world provocation, and the Third World War, following the example of his predecessor Adolf Hitler’s world domination.