When counting veterans of the Syrian operation, it is important to avoid old mistakes 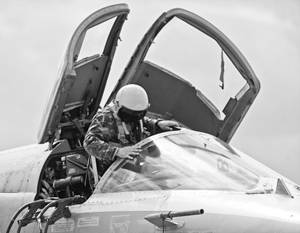 The status of the veterans of the operation in Syria can receive no more than 25 thousand Russians, said the representative of the Ministry of Defense, thereby for the first time calling the approximate number of participants in the operation of the Russian Aerospace Force. The relevant law, already adopted by the State Duma, raises some questions. Unfortunately, we can admit that in the field of awards, we have not fully understood the mess of 90's.


On Wednesday, the State Duma adopted in the first reading a bill on the recognition by veterans of the hostilities of citizens performing special tasks in Syria. This legislative initiative was introduced by the government and provides that “the status of a veteran of hostilities (and hence the social support measures established by the federal law“ On Veterans ”- approx. VIEW) will be established by persons sent to work to perform special tasks in Syria since 30 September 2015 of the year, which has worked out at the time of sending or who have been seconded ahead of time for valid reasons. ” According to Deputy Defense Minister Anatoly Antonov, the number of such citizens will not exceed 25 thousand. Thus, for the first time, the Ministry of Defense officially announced the approximate number of participants in the operation of the Russian Aerospace Force in Syria.

This is definitely the right decision. But, like all bills on the veteran theme, the new one contains a number of flaws. Surprisingly, in Russia there is no common status for a war veteran. There are several different kinds of laws and regulations that determine the status of a combatant and the benefits due to this person, but each specific armed conflict is determined arbitrarily. For example, the dates of the events that have taken place may be indicated almost as “from the scum”, while strange references are made to the registration of one or another military unit. But in Soviet and Russian practice, military units "in pure form" (that is, under a specific number, which is written in the military ID) in hostilities abroad, especially in undeclared conflicts, as a rule, did not fully participate. As a result, the officers did not have records of participation in hostilities in the military card and in their personal files, since the military unit itself did not participate in them. And a business trip turns out to be something like a “personal need,” which is difficult to legally substantiate.

All these lacunae, the Department of Personnel (CC) of the Ministry of Defense uses with benefit for itself. For example, the last law on privileges for war veterans of the Criminal Code could easily be circumvented if it wanted to, since military operations without specifying military units, but from a ceiling, the dates were listed in random order. Participation in hostilities was determined by the marks on missions and certificates, and the fact of missions could be challenged. A person could otbit two years as a translator in the jungle or a service engineer in the desert, but did not go through the database of the Criminal Code, since its military part did not leave the city of Balashikha at that time. As a result, the person not only did not receive any benefits or compensation for damage, but also risked getting under the criminal article “Mercenary”.

South Ossetia, Abkhazia, Karabakh and Yugoslavia at the beginning of the 90s are very significant in this sense. Leapfrog administrative changes in the Russian army led to a complete loss of control. For example, the Transcaucasian Military District gradually turned into a system of military bases, at the same time several armed conflicts took place, and the officers who participated in them did not receive any years of service or benefits. In some cases, they were even considered deserters - and this is only through the Ministry of Defense.
Big problems arose (and still exist) with the determination of years of service, status and benefits for officers who began serving in the former KGB of the USSR. But it was they who basically carried all these conflicts on themselves, often working in established posts in local governments, which fell under the criminal article (article 359, part three, from three to seven).

Another example. From the point of view of the State Duma, the war in Angola ended in 1985, that is, as if the battle for Kuito-Kuanavala did not exist. Officially, nothing happened at all in Ethiopia in 80's, although it was at that time that Soviet military advisers suffered the most serious losses.

There is no maliciousness or sabotage. Just the idea of ​​this kind of legislation implies legal accuracy in time and concepts. Now, on a specific Syrian issue, such problems as in the 90s should not arise, since the stay of the Russian contingent in the SAR is determined by other laws and agreed with the Damascus government. There are also orders for military units that record the terms of a business trip, its tasks and goals. However, this applies to pilots, service personnel of the air force base, sappers, and partly sailors. I would like to hope that there are real orders and in parts of the special forces, and on the gunners, as well as on the personnel, including civilians, who trained the Syrians to work on the Russian equipment or handed them weapons from hand to hand. The same applies to translators, as well as employees of reconciliation centers, of whom not all are on the staff of the Ministry of Defense.

Separate история with the sailors, since their business trips are determined by “hikes”, and how to date them and refer them to operations in Syria is already on the conscience of the personnel department.

Recently, the Criminal Code and the award department have been carried away with the creation of departmental medals, which do not carry any preferential burden, but give a psychological effect. Inside the Ministry of Defense and the General Staff, this causes an ambiguous reaction, since the list of military awards is inviolable, it is determined by the laws of the Russian Federation and nothing more. That is, the memorial sign "For the release of Palmyra" legally does not carry any benefits for those who participated in it. In order for a veteran of the fighting in Syria or his family to receive any benefits, for example, in paying utility bills, he must receive a medal fixed in the official registry, for example, “For Courage”, and not a memorial sign for Palmyra. Opponents of issuing this kind of commemorative medals and signs insist on compliance with the law, on the other hand, the army is obliged to reward something for those who risked their lives in the distant desert, and it would be wrong to deny the need for such awards. The fact that they could be filled with certain content (capitalized in their own way) is another matter.

If we evaluate only the quantitative issue, then the figure of 25 thousand people can in no way be qualified as a characteristic of the Russian operation in Syria. Caspian sailors should be added to this figure. flotilla, and maintenance personnel of bases in Russia. Most likely, this data is only an indicative indicator, which will change with time and with changes in the parameters of the operation itself. But then you will have to edit the award data, including secret ones. By the way, they themselves are a strange story, since the awards are considered the property of the state and are seized after the death of the awarded, only a copy is provided to the family. This is a global practice, but in the current situation, perhaps it should be changed.