15 2016 June
50
The board of the presidium of the Moscow District Military Court today 15 June rejected the cassation representation of the prosecutor in the case of the former commander-in-chief of the Land Forces of the Russian Armed Forces, Colonel-General Vladimir Chirkin. Recall that in August of last year, the Moscow Garrison Military Court found General Chirkin guilty of receiving a bribe in the amount of 450 thousand rubles. According to the prosecution, Chirkin received this amount from his subordinate, who was eventually provided with housing.

At the same time, the court sentenced Vladimir Chirkin to 5 years of imprisonment under section “c” h. 5 Art. 290 of the Criminal Code of the Russian Federation. And to serve the term Chirkin should have been in a colony of strict regime. In addition, the court decided to recover 450 thousand rubles from Chirkin for the benefit of the state. The ex-commander in chief was deprived of the title and all awards. The defendant did not admit his guilt.

After the court session, the lawyers for the former commander-in-chief of the Land Forces of the RF Armed Forces considered the sentence to be too harsh and in addition not to have a clear evidence base.

In December 2015, the court reviewed the sentence, freeing V. Chirkin from custody and imposing a fine of 90 thousand rubles. Moreover, the case was retrained as a “fraud” (part 3 of Art. 159 of the Criminal Code of the Russian Federation). The appeals instance also returned to Vladimir Chirkin his title and all awards.

And already on February 19, 2016 of the year ahead of time removed his conviction from Chirkin. The legality of this decision was confirmed by a judge of the Moscow District Military Court. Reports about it Interfax. 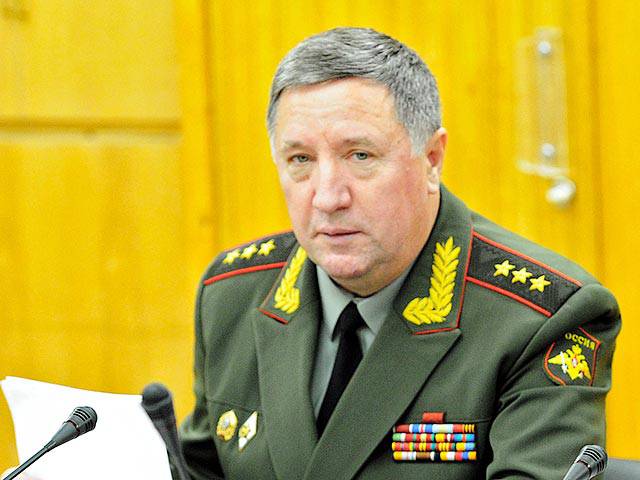 Now, however, it became known that a few weeks ago, the Supreme Court of the Russian Federation satisfied the cassation appeal of the Chief Military Prosecutor of the Russian Federation against the sentence of V. Chirkin. In addition, a proposal was submitted to the Presidium of the Moscow District Military Court to review the sentence, in which the deadline was replaced by a fine. The board, as already noted, the submission of the GWP rejected and left the effect of a relaxed sentence in force.