15 2016 June
43
The Minister of Defense of Ukraine Stepan Poltorak said that the Ukrainian military in the future will be able to join the Bulgarian-Romanian brigade, acting as a parallel structure to the NATO forces of Romania and Bulgaria. Such information was voiced by the Ukrainian Minister after a joint visit with NATO Minister of National Defense of Romania. 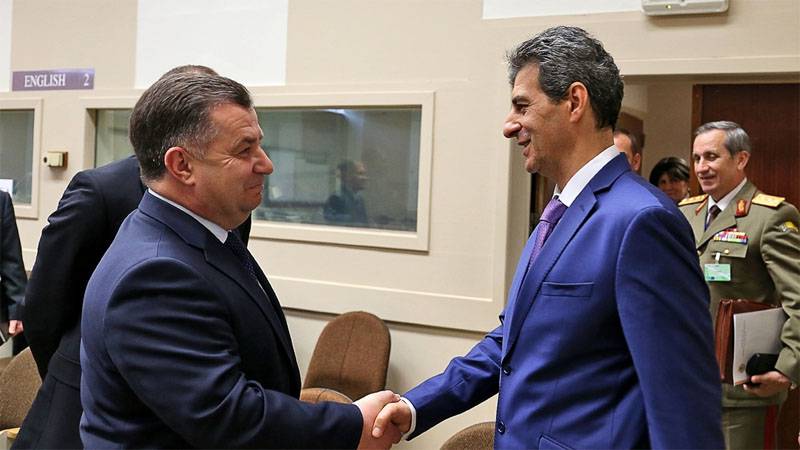 At headquarters, they made it clear that for a full-fledged entry into NATO, Ukraine is very, very far away, and in the near future Kiev must do everything possible to bring the armed forces under at least some kind of NATO standards. At the same time, the most important thing for North Atlantic functionaries is the expenditure item of the military budget. According to NATO standards, it should be at least 2% of GDP.

Poltoraka quotes press service of the Ministry of Defense:
We have experience of participation in multinational military formations. For example, we are talking about the brigade LitPolUkrbrig (a brigade of Lithuanian, Polish and Ukrainian soldiers). I am convinced that this is an additional step to preserve security in our region. Now it is very important to unite our efforts to fight the enemy, who is threatening the security of the entire region. We are interested in security cooperation in the Black Sea region.