14 2016 June
57
Information resource "Vesti. Ukraine" reports an emergency in the Kiev region. According to the head of the press service of the State Emergencies Service of Ukraine, Victoria Ruban, an explosion occurred at the Tripolskaya, the most powerful TPP in the region. It is worth noting that this is the second state of emergency at TPPs in the Kiev region over the past two weeks. 2 June there was a fire at the Darnitskaya TPP, which led to the shutdown of electricity and water supply in several districts of the Ukrainian capital at once.


A new accident at the power plant led to the next outages. But not only in Kiev, but also in other regions of Ukraine - Cherkasy and Zhytomyr regions. 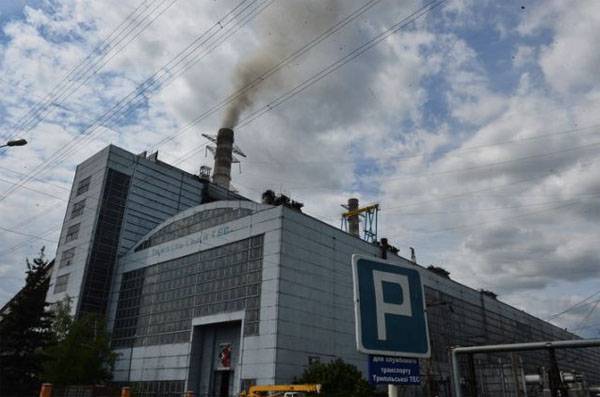 The press service of the State Emergencies Service of Ukraine said that the Tripolskaya TPP, located in the Obukhivsky district of the Kiev region, exploded a reservoir with oxygen residues. Capacity exploded when attempting to carry out maintenance work. The explosion injured two people. They received serious burns and were taken to one of the Kiev clinics.

It should be noted that not so long ago, one of the power units, which had previously undergone reconstruction, was brought to full capacity at the Tripoli TPP.

Ctrl Enter
Noticed oshЫbku Highlight text and press. Ctrl + Enter
We are
Results of the week. "Either true or all is well"
Military Reviewin Yandex News
Military Reviewin Google News
57 comments
Information
Dear reader, to leave comments on the publication, you must sign in.