The main award of the hero of the "second front" - life 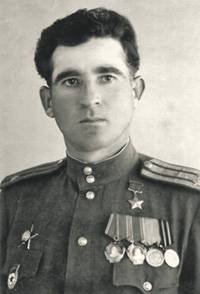 June 10 would have turned 110 to the Hero of the Soviet Union, commander of the reconnaissance and sabotage Operational Center for Intelligence of the General Staff of the Red Army "Brook" Colonel Anton Petrovich Brinsky (1906 – 1981). Eleven temporarily occupied regions of Belarus and Ukraine, three Polish provinces were in the sphere of his attention. The 5000 sabotage carried out, more than 800 exploded echelons, not only caused significant damage to the enemy, but also reliably masked the main combat work of the Operations Center - reconnaissance. The systematic intelligence information of this almost 3-thousand formation had a serious influence on the preparation and conduct of a number of strategic offensive operations by the Red Army ...


FROM COMMISSIONERS TO PARTISANS

Decide to switch to partisan methods of struggle against the commissioner of the 59-th separate reconnaissance battalion A.P. It was not easy for Brinsky: they were not taught this, they could be accused of wanting to wait out the war, repress their relatives, and the overwhelming majority of the “envoys” sought to join up with regular units. However, having reached the frontier from the Prussian border to the outskirts of Minsk, he decided to no longer strive for the elusive farther east line of the front, but to beat the enemy here in his own rear. In the fall of 41, he merged with the special detachment of the 2 military engineer of the rank G.M. Linkov. The first six months of the partisan struggle were the most difficult - and the experience is still small, and the enemy is strong. But by the spring in a number of settlements in the Vitebsk, Vileika, and Minsk regions they had organized militia groups, eight partisan detachments, and had organized sabotage and other combat work. The main replenishment of the detachments was the soldiers who had fled from captivity or healed wounds in remote villages.

In May 42 of the year, leaving strong partisan formations in developed areas, G.M. Linkov with A.P. In a month, Brinsky made 600-kilometer raid to the south-west for a more developed railway network in a month. During the raid 56 committed sabotage with the collapse of the enemy's military echelons. In Pinshchina Lake Chervone G.M. Linkov organized his Central Base, and A.P. Brinsky on Lake Vygonovskoe - a school of demolition men and six new detachments. A short theoretical course was supported by extensive practice. Broken into five saboteurs A.P. Brinsky launched an offensive on the main railways connecting the cities of Brest, Baranovichi, Lida, Volkovysk. Only from 10 August to 10 September did they drop 68 enemy trains and an armored train downhill. 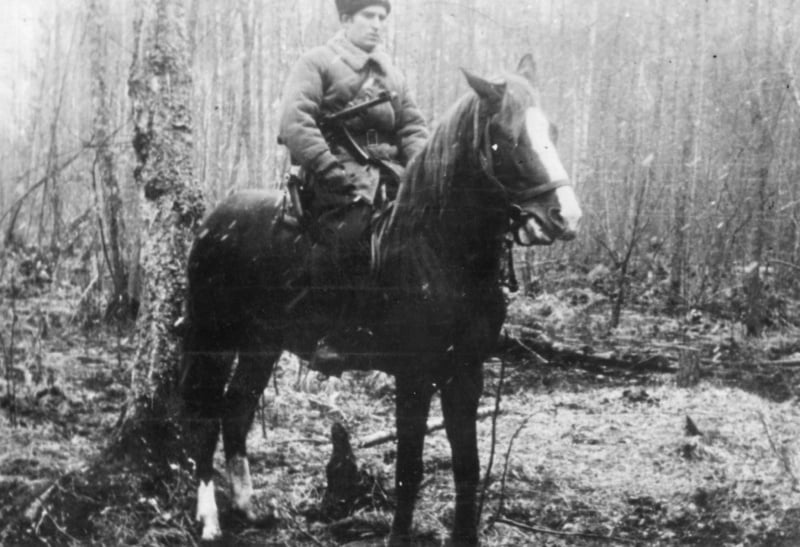 In November, selecting the 37 man, A.P. Brinsky makes a raid even further to the south-west in order to "serve" with sabotage large railway junctions Kovel and Sarny. Here, under the pseudonym "Uncle Peter" for the New 1943 year, he creates a brigade of 14 detachments based on local guerrilla groups, deploys a wide agent network.

After the victory at Stalingrad, the influx of the local population into the partisan detachments sharply increased. A second brigade is being organized, several raid units to carry out special tasks of the General Staff (taking language, weapons, military equipment, etc.). The most effective such detachment was commanded by a never desponding Arzamas member Pyotr Mikhailovich Loginov: only the score of the destroyed echelons exceeds one and a half hundred. But the realization of the submission to the title of Hero of the Soviet Union, apparently, was prevented by a brief (while the wounds healed) being in captivity ...

“Uncle Peter,” as Anton Petrovich began to be called in Ukraine, issued an order to create several family (“civilized”) camps, where hundreds of ghetto families and burned villages were saved from destruction. At these camps, he set up the production of mines from unexploded bombs, shells and mines; in total, more than 17,5 tons of explosives were smelted. For comparison, Moscow was able to deliver 1,6 t, although in the form of more convenient to use than homemade, mines of slow and instant action, thermite balls, etc. By the spring of 43, the enemy’s military echelons with personnel, military equipment, weapons, equipment, food, etc., were derailed near 300.

At the same time, there was continuous work on paralyzing the local occupying power, destroying local industrial and agricultural enterprises that worked for the invaders, and decomposing collaborationist formations. Western Ukraine is a complex interweaving of the Ukrainian, Belarusian, Polish and Jewish population, subject to the strong influence of their church (Orthodox, Uniate, Catholic, Jewish) hierarchs.

Occupants skillfully inflamed nationalist feelings, in which (unlike national ones) not so much love for their nation prevails, but hatred for others. Along with the war that was going on on the Soviet-German front, in the rear of the invaders there was a internecine war in every possible way supported by them. In Western Ukraine, she was very acute, and Uncle Peter tried to minimize her metastases. Perhaps that is why it still stands today in the district center of the Volyn region, Manevichi, a monument erected by him at the initiative of the local population. After all, many of them survived thanks to the partisans of "Uncle Petit".

From August 1945, he lived and served in the city of Gorky, where, shortly before his transfer to the reserve, the first book of A.P. Brinsky "On the Other Side of the Front".

He performed about two dozen public (that is, unpaid) positions, including in the City Council, in the Soviet District Party Committee. But he considered his main duty to the fallen and living heroes of the partisan second front. And in his ten documentary books (the tenth collection of intelligence officers remained unpublished) captured more than half a thousand of their names.

He considered his main award not the “Golden Star” of the Hero, not the three orders of Lenin and other orders and medals, but life. And he tried to dispose of it so as to leave the memory of people with a clear conscience - the partisans.

Moreover, neither during the war period, nor after its completion, adequate attention was paid to those who fought in the enemy's rear. Yes, and it was not easy to figure out who in the occupied territory acted on his instructions, and who for other reasons. Often they understood very straightforward ... Truth was often helped by the books of Anton Petrovich ...

He often spoke in the local media, and even more often in labor, military, school and student groups. For all he was not a scout, but a partisan commander and author of books about partisans.

Now they are rare in libraries and because decades have passed since their publication, and the songs are now in vogue others. But patriotism is always relevant, but spiritually our people were always strong. In the heritage of the past, in its military glory, our life roots. They are fed by the warring children and grandchildren of the heroes of that distant war now.

“Diversant number 1” Colonel Ilya Grigorievich Starinov, mentioning in one of his last publications “the brigade of the most distinguished Hero of the Soviet Union Anton Brinsky”, called him a “Gorky citizen”. This error in the place of birth, reflecting the real scarcity of official, but not always accurate information about the Hero, is unmistakable in the main thing: the combat results speak eloquently about the place of A.P. Brinsky in the first row of saboteurs of the Great Patriotic War. It was in our city that he created the once-famous chronicles of his partisan struggle. They will still be in demand ...

Ctrl Enter
Noticed oshЫbku Highlight text and press. Ctrl + Enter
We are
"White Rajah": as a British dynasty, a hundred years rule on the island of KalimantanToday 79 would be the first man who flew into space - Yuri Alekseevich Gagarin
Military Reviewin Yandex News
Military Reviewin Google News
7 comments
Information
Dear reader, to leave comments on the publication, you must sign in.