Tricky comments. Who has a dagger for the back of the Turkish Sultan?

9 2016 June
19
In general, it is very much in the spirit of the East: to talk for life, for business, to discuss everything, to promise, and then not to fulfill. The East is a delicate matter, everyone knows this. And who is not with us, who does not know - well, learn. While there is time. 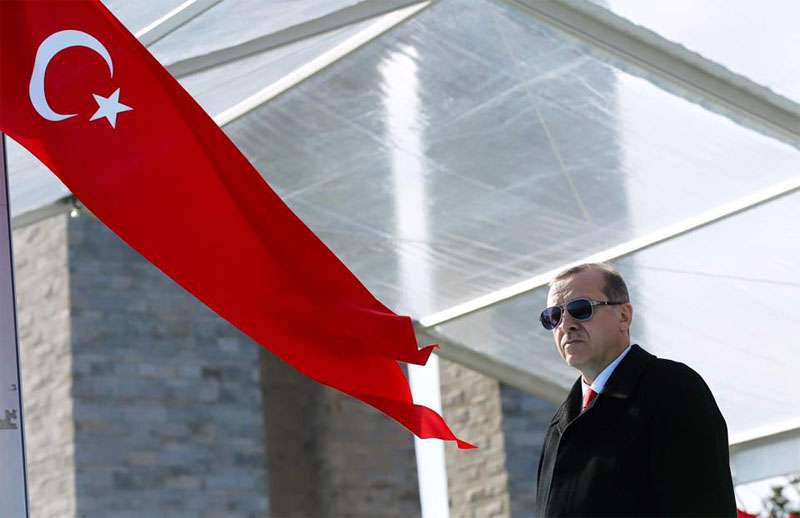 Speaking of oriental cunning and cunning, today for some reason, the image of Recep Erdogan comes up in synonyms. Yes, the Sultan Shah of Turkey really acts in an oriental manner. However, who said that the answer to his antics should be in the African or Latin American style?

Moreover, today, little by little, even in Europe, they are beginning to see clearly. And, having seen the light, they quietly begin to become stupid from those who have entered their heads. This, by the way, is good. So, there is where to enter information.

So, public statements such as the fact that Turkey will definitely be in Europe begin to appear. Year that way in 3000-m ... Single case? By no means.

What can be said about the recent sensational decision of the German Bundestag on recognizing the crime of the Armenian Genocide by the Turks in 1915? The Turkish authorities rebelled and even began to threaten Germany with consequences.

The most interesting thing is the "face with a broom" in Merkel. And a complete misunderstanding of what the Turks are so excited.

And where did this baba Frau Merkel? Nothing less, at a press conference with Ilham Aliyev. President of Azerbaijan. Which (Azerbaijan) is in somewhat strained relations, let's say, with Armenia.

The funny thing is that, listening to Merkel, Aliyev did not crook, as if he had eaten a lemon without sugar, but nodded to himself. Yes, yes, we are talking with Armenia, we are also in favor of a dialogue with Armenia, why shouldn't the Turks talk?

In short, in the course of the play, this Sultan Erdogan is already sitting in everyone’s liver. And you know, from the liver to the cookies on Kyzlai Square or Ataturk Boulevard ... In the future.

Miloš Zeman, my god, I didn’t wait for the Czech parliament to give birth to such an initiative. He himself suggested. And let's, brothers-Czechs, recognize the Armenian genocide! Or are we worse than the Germans, or what?

And he declared this not anywhere in Prague, but in Yerevan. Cute hugging with Serzh Sargsyan.

And in Belgium, as if not everything is smooth and smooth. In general, almost everyone in Europe has already figured out what was happening, and the cries of "Russians are coming!" - this is relevant today only for the Baltic border countries and Ukrainians.

And the Russians, who are going somewhere, for some reason do not frighten Europe at all. But the Turkish, who go to Europe, for some reason very frightened. It is clear that not entirely Turkish, but Libyan, Syrian, Afghan, Somali and others. But come from where?

You can always agree with the Russian (tested in practice). Drink, for example, vodka, or whatever is there, play the balalaika, dance with the bear ... And with the Turkish? They do not drink vodka, shy away from bears, they don’t know what a balalaika is. But they know well how to live at ease, but frau and fraulein order ... to be a kelnych.

So it’s not yet clear who is worse: Russian with a tank, or this one who escaped with faith in a good life. Russian at least from the tank will not go far. And the "refugee" is already like a bun, he left everyone. And he came.

Erdogan doesn’t sing the song “Russians are coming”. He has his own song. And in Europe they understand that he can sing it in such a way that it will not seem a little. But since the main puppeteers are busy at the local performance at home, Europe, in the absence of a strong hand, begins to demonstrate to Erdogan that he ... hesitated already.

And the shah from this roof goes. And the further, the more. Few problems with the Europeans, few problems with the Russians, who actually robbed the Turks (if you believe the information from tour operators, the demand for holidays in Turkey fell to a catastrophic 36% from last year’s level), the Kurds again. Few.

And here also the former strategic partners are intercepted.

It is about the situation with Israel. Yes, after the events of 2010, when the incident with the so-called "flotilla freedom, "Turkey’s relations with Israel, to put it mildly, have deteriorated. To the level of" absolutely. "

And so, in December of last year, in secrecy, in Switzerland, there was a meeting between the head of the Israeli National Security Council, Cohen, and the deputy foreign minister of Turkey, Synyroglu.

It is possible that the relationship is really normalized. As a matter of fact, Putin wished for a meeting with Netanyahu. But the fact that Putin can offer Netanyahu much more than Erdogan is obvious. And sorry, what Jew refuses to make a small gesheft?

And with Russia it is possible to stir up a big one.

There is, of course, something to lose your head. And Erdogan is clearly losing. And, if earlier he could really remind himself of the Sultan, now his image is more like a mad dog biting indiscriminately of both his and others.

But your back will still have to turn to someone.

And the dagger in the back is so Ottoman ...

Ctrl Enter
Noticed oshЫbku Highlight text and press. Ctrl + Enter
We are
The attack on the Russian aircraft and the political situation in TurkeyResults of the week "I do not need a Turkish coast"
Military Reviewin Yandex News
Military Reviewin Google News
19 comments
Information
Dear reader, to leave comments on the publication, you must sign in.