8 2016 June
100
From statements by Ukrainian officials of various ranks over the past year:
Ukraine refuses to purchase Russian gas.


Ukraine will not buy Russian gas, focusing on contracts with EU countries and its own segment of production.

Russian gas will not be purchased from the spring of 2016.

And this is a loud statement specifically the President of Ukraine Petro Poroshenko:
Ukraine will not buy this (Russian) gas, it does not need it.

Right! - Shouted the representatives of the public Maidan. - We do not need gas from the aggressor and occupier! We will buy liquefied gas from American friends, and then we will start producing ourselves from bio-raw materials, including manure and the contents of the toilets! We can! ..

And here on the eve of an event occurred, which neither Mr. Poroshenko, nor the officials in charge of the "Square" Ministry of Energy, nor other Ukrainian rulers, in a strange way, reported to their compatriots about it. We are talking about the letter, which recently received in the Russian "Gazprom". The head of the company, Alexey Miller, told media representatives that Gazprom received a “envelope” from NAK Naftogaz, which contained words of interest in continuing to purchase gas from Russia.

Information Agency TASS leads Miller's statement:
Yes, indeed, yesterday we received an official letter from the head of Naftogaz of Ukraine asking for the resumption of Russian gas supplies. It comes from nine months: the second half of 2016 and the first quarter of 2017, that is, about the whole of the coming winter and the period of preparation for it. 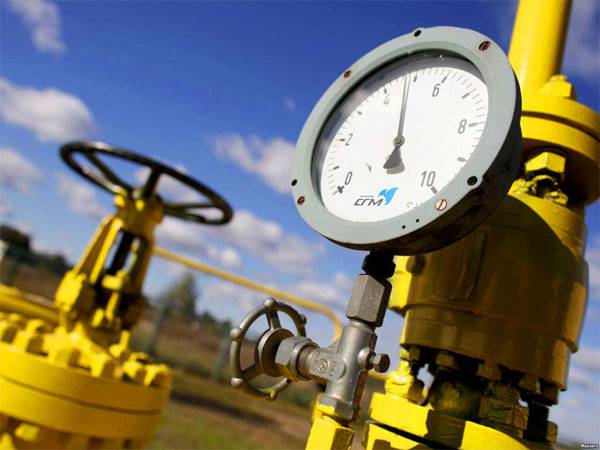 Further, the head of Gazprom reveals the reasons why the Ukrainian side suddenly decided to forget about its high-profile statements about the “reluctance” to purchase gas from the Russian Federation and Gazprom specifically:
Changing the mood of the Ukrainian company is understandable. The daily volume of reverse from Europe decreased in June by 6,4 times as compared with May, and by 16,8 times as compared with April.

After that, the representatives of the Ukrainian media were alarmed. When the commotion subsided, we decided to turn to the head of NAK Naftogaz, Mr. Kobolev, with a request to clarify Miller’s statements, and implicitly hoping that Miller was giving what he wanted to do. However, the Ukrainian journalists Kobolev clearly upset, confirming that Naftogaz is going to buy gas from Gazprom again.

TV channel 112 Ukraine quotes the statement Kobolev:
The idea of ​​balancing gas imports in various directions came from Naftogaz. We offered this to the government if Gazprom agrees to make temporary changes to the existing contract, which is unprofitable and non-market, in order to bring the price to a level that is at least close to the market one, in this particular case, if the price lower than the price offered to us from the European direction, then from the point of view of minimizing consumer expenses and simply rational sense, it will be right to buy this gas from the eastern direction.

If you translate all of this from a Maidan-Naftogazovsky brain-breaking into a human language, you get something like this: “Our European partners with the volumes of gas we need throw them, now we have to ask for gas from Russia, but only we will again try to knock out another discount for ourselves.”

The same Kobolev adds that now negotiations have begun with representatives of the Russian gas giant, on the basis of which gas purchases in Russia can begin in the third quarter of this year.

Otherwise, it would be necessary to “prepare for the land” with cow cake, but the trouble is that with cow cake, as well as with the cattle itself, “not everything is so simple” on the territory of the “Square”. Peasant farms for the most part have to let their flocks available under the knife in the absence of markets for dairy products and the minimum solvency of the majority of the population.

The other day, here one of the creative representatives of the forest resources agency suggested that Ukrainian heat and power plants be transferred from coal and gas to firewood. And what! If Naftogaz had not sent its letter to Miller, then the issue of firewood would have been really open, despite its complete technological absurdity ...

In Ukraine, shouting loudly that they would not buy gas in Russia, they apparently forgot a little that the country needed gas not only to make scrambled eggs and cracklings. Gas also provides power generation and industrial facilities. No gas - not that there would be no cracklings in Kiev apartments ... No industry! Fershteyn, gentlemen from the Maidan? It seems that this industry from the Maidan is not needed at all, for there is Europe, which “will disarm, feed, obsess, clothe and warm everyone”, but the authorities need to report to the partners - not a single visa regime ...

And when in Kiev they began to figure out what percentage of the decline in industrial production against the background of the most serious industrial crisis that already emerged, Ukraine expects Ukraine at the current volumes of Slovak-Polish-Hungarian reverse, as it were, to quietly turn to Gazprom to sell gas again. at a fraternal price. " Quietly failed - Miller told about the letter. But for the Ukrainian elites it is no longer important. As they say, they are even with ... eyes ... If only it is cheaper, more and so that you can still fill your own pockets.

And there is an opinion that Gazprom will again go to the “fraternal” agreement, as has happened many times even in the newest stories relations with the Ukrainian "partners".