7 2016 June
43
Syrian government forces are still experiencing a shortage of military equipment, so they are forced to create various combat vehicles themselves, including those based on trucks, writes Messenger of Mordovia. 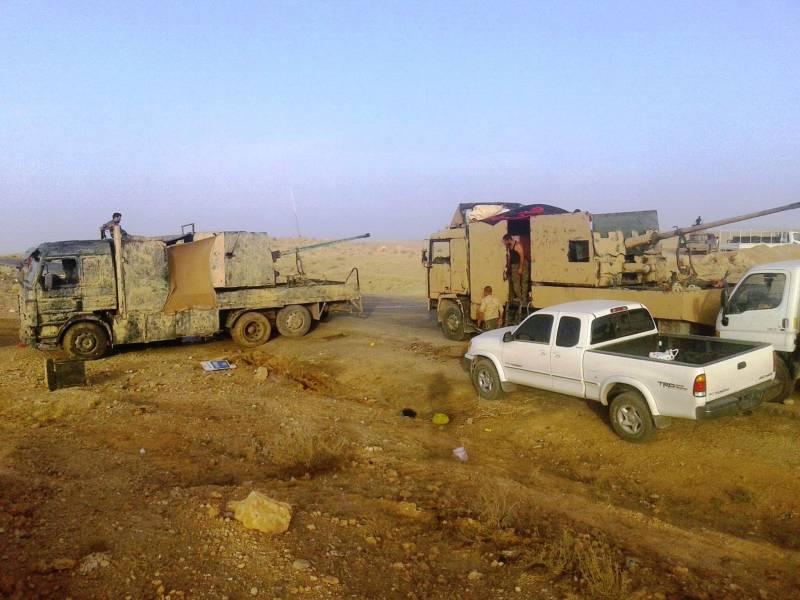 The article notes that "from time to time this technique is getting better."

Thus, photos appeared on the Internet, which depicted wheeled self-propelled guns with high-speed small-caliber C-60 guns, heading along with the troops to Raqqa, the unofficial capital of the IG.

"As an artillery gun was chosen old, proven in many wars
57-mm anti-aircraft C-60. By the beginning of the armed conflict in the Syrian army there were
more xnumx units. At present, such guns are working on ground targets at a distance of up to 500 km, ”the publication says. 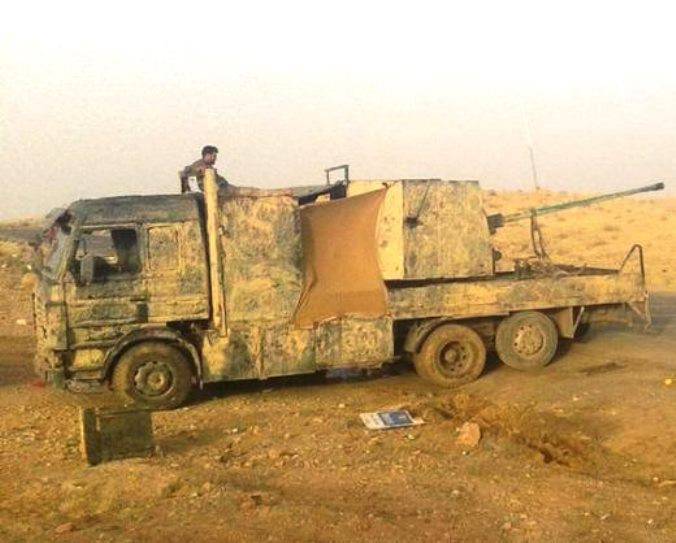 According to the author, “the projectile included in the ammunition flying at a speed of 1000 m / s is capable of hitting infantry fighting vehicles, armored personnel carriers and medium Tanks on board. " Gun rate - up to 120 rounds / min.