Kiev was outraged by the refusal of the Russian court to reconsider the sentence of Sentsov and Kolchenko, convicted of terrorist activities in the Crimea

3 2016 June
35
The Ministry of Foreign Affairs of Ukraine expressed outrage at the refusal of the Supreme Court of the Russian Federation to reconsider the sentence of Oleg Sentsov and Alexander Kolchenko, reports RIA News statement of the Ukrainian department. 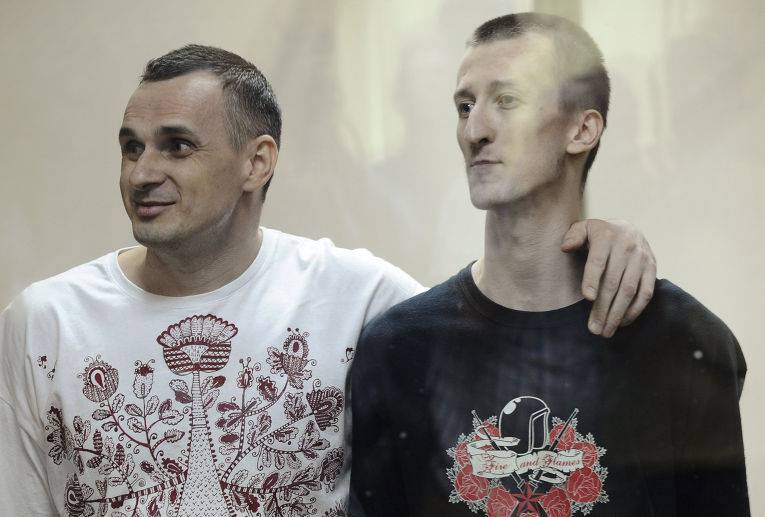 On Wednesday, the Supreme Court refused to satisfy the cassation appeal filed by Sentsov and Kolchenko, who was convicted for preparing the terrorist attack in Crimea.

“The Ministry of Foreign Affairs of Ukraine expresses indignation at the decision of the Supreme Court of the Russian Federation to refuse to transfer the case of the citizens of Ukraine Oleg Sentsov and Oleksandr Kolchenko and their appeals for consideration at the court hearing of the cassation instance”,
says the text of the statement of the Ukrainian Foreign Ministry.

According to the department, “such a decision deprives convicts of the right to an objective consideration of their case in a court of highest instance” and testifies to a “political order”.

“We demand from Russia to immediately stop the cynical violation of the rights of our compatriots, to release them and return to Ukraine,” the statement said.

“The Ministry of Justice of Ukraine had previously asked the Russian authorities to transfer the convicted citizens of Ukraine Oleg Sentsov, Gennady Afanasyev, Alexander Kolchenko and Yuriy Soloshenko to their homeland to serve their sentences. According to the defense of Sentsov and Kolchenko, they filled out the necessary documents as early as April, but the decision on their transfer has not yet been made, ”reminds RIA“News».

Ctrl Enter
Noticed oshЫbku Highlight text and press. Ctrl + Enter
We are
Ministry of Internal Affairs of Ukraine: Open and fair trial of Russian saboteurs - our response to the unjust verdict of Sentsov and Kolchenko!Sentsov's sentence is commented in the EU and the USA
Military Reviewin Yandex News
Military Reviewin Google News
35 comments
Information
Dear reader, to leave comments on the publication, you must sign in.