1 2016 June
44
A group of American and Israeli experts prepared another roadmap for resolving the conflict between Israel and Palestine. The program was presented on the eve of the New American Security Center CNAS (Washington, USA). The new roadmap involves the phased building of relations between Israel and Palestine in the field of various types of interaction for the common fight against terrorism: on land, at sea, in the air, and also in terms of radio-electronic interaction. 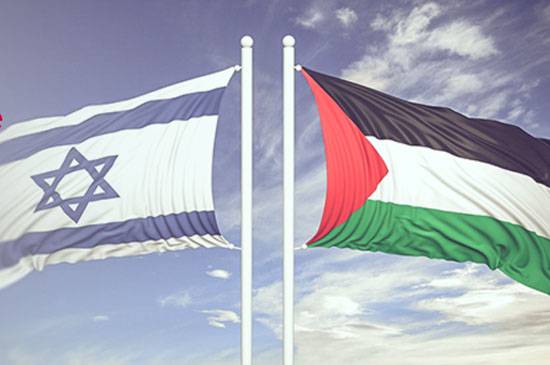 Press office CNAS Reports that both military and civilian specialists took part in creating the roadmap program. One of the project leaders is Ilan Goldenberg, who identifies the main problem in the relationship between Israel and Palestine. According to the author of the roadmap, the Israelis will never recognize Palestine if there is a terrorist threat from it, and the Palestinians will never perceive Israel as a normal neighboring state, due to the idea of ​​permanent occupation and the invasion of Israeli soldiers.

The main directions for implementation listed in the program are as follows:
building a multi-level system in which Israel reserves the right to protect its borders and interests;

significant modernization of the security system and infrastructure;

creation of joint operational centers and data exchange mechanisms between the parties, which will increase the percentage of mutual awareness of the security situation (will increase the level of security of the Israelis and minimize the likelihood of Israeli security forces invading the Palestinian territories).

And, perhaps, the most interesting point - inviting American specialists to monitor and conduct joint operations in the Jordan River area.

Ctrl Enter
Noticed oshЫbku Highlight text and press. Ctrl + Enter
We are
The action “Military service under the contract is your choice!” In Rostov-on-Don: future contract servicemen, exhibitions and “Russian Knights”Moscow discouraged by Kiev’s reaction to the OSCE roadmap
Military Reviewin Yandex News
Military Reviewin Google News
44 comments
Information
Dear reader, to leave comments on the publication, you must sign in.