Indonesian Ambassador: Jakarta is preparing to conclude a contract with the Russian Federation for the purchase of submarines, Su-35 fighter jets and Be-200 amphibious aircraft

30 May 2016
32
Indonesian Ambassador to Russia Mohamad Vahid Supriyadi today said that the Ministry of Defense of the country he represents intends to sign a major contact for the delivery of military equipment from Russia. Information Agency Interfax reports that we are talking about the readiness of official Jakarta to purchase from Russia two Kilo-class submarines (the NATO designation of the “Halibut” and “Varshavyanka” projects), as well as several amphibious aircraft and the newest multi-purpose super-maneuverable Su-35 fighters.


According to Mohamad Vahid Supriyadi, negotiations are currently underway between Russia and Indonesia. In addition, Indonesia "deals with certain administrative issues" associated with the conclusion of the contract. The Indonesian ambassador to Russia said that the completion of negotiations was a matter of time.

It is not reported yet about what the likely amount of the contract can be discussed. 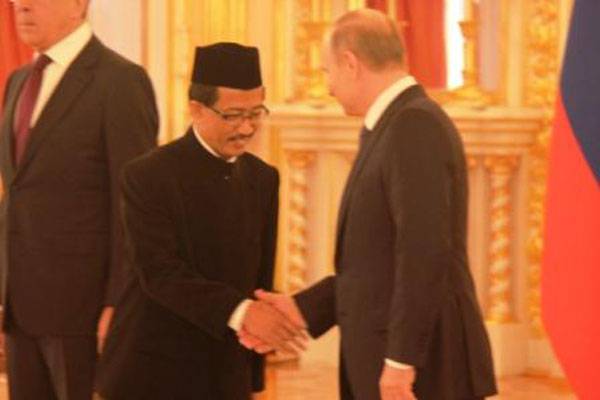 The United Aircraft Corporation of Russia spreads the message that Russia is ready to begin deliveries of the Be-200ES amphibious aircraft to Indonesia.

In addition to statements about the upcoming contract of a military-technical nature with Russia, the Indonesian ambassador confirmed the information that Jakarta is nominating its candidate for the post of head of OPEC (the organization of countries - exporters of oil). Recall that Russia does not belong to OPEC. Indonesia, having suspended its membership in OPEC in the 2009 year, returned to the 1 organization in January 2016.

Ctrl Enter
Noticed oshЫbku Highlight text and press. Ctrl + Enter
We are
The global crisis and the “yellow threat” led to the arms race of the countries of the Asia-Pacific Region. Part of 2
Military Reviewin Yandex News
Military Reviewin Google News
32 comments
Information
Dear reader, to leave comments on the publication, you must sign in.