In Crimea, protested in connection with the meeting of a UN official with the organizers of the blockade of the peninsula


Such an appeal was sent due to the fact that a meeting of the Assistant Secretary General of the United Nations Ivan Shimonovich with the organizers of the blockade of the Crimean peninsula, the odious trinity Dzhemilev-Chubarov-Islyamov, took place in Kiev. In the Crimea, they considered such a meeting an insult to the Crimean people who suffered from the actions of extremists. 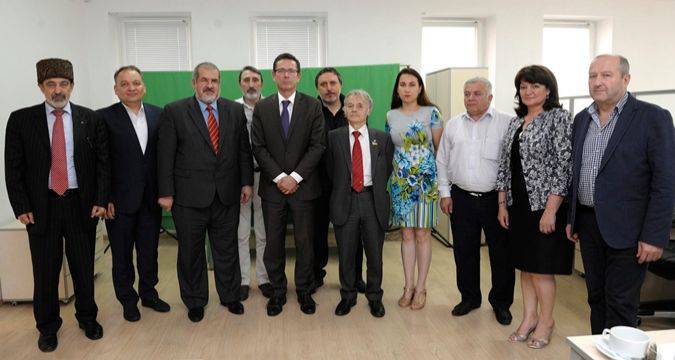 From the statement of Zaur Smirnov:
It is unacceptable that representatives of such an authoritative international organization as the UN meet with Ukrainian extremists who put at risk the lives of more than two million people living on the Crimean peninsula. We urge UN officials to avoid any meetings with them and boycott them internationally.

At the same time, a representative of the Crimean government noted that Crimean residents would perceive such meetings as encouraging extremism and draw appropriate conclusions for themselves.

Ctrl Enter
Noticed oshЫbku Highlight text and press. Ctrl + Enter
We are
Dzhemilev: "Crimean Tatars live by the expectations of the end of this nightmare"Khodorkovsky Congress in Kiev. Dzhemilev among the most "distinguished"
Military Reviewin Yandex News
Military Reviewin Google News
44 comments
Information
Dear reader, to leave comments on the publication, you must sign in.