Russians were asked to express an opinion about the presence or absence of an economic crisis in the country. We invite you to take part in our survey.

24 May 2016
459
On the eve of the Russian non-state research company "Levada-Center" has published data from the survey, which bears the saying called "The economic crisis." In the 48 regions of the country, about 1,6 thousand people aged 18 years were surveyed on the subject of an opinion on the presence or absence of an economic crisis in Russia. Before presenting information on the subject and the results of the survey conducted by the Levada Center, it is necessary to publish the data of the state structure. It is about Rosstat, which has brought together and provided information about the economic situation in the country lately. 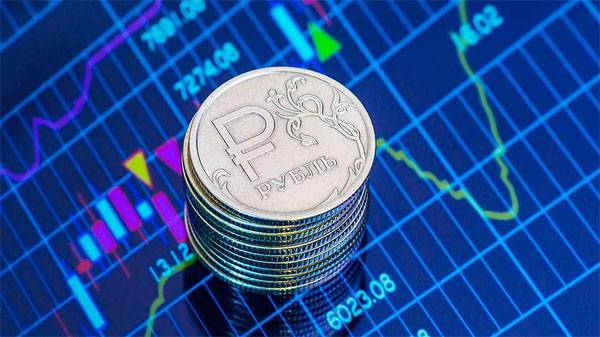 Despite statements by some relevant government officials that the crisis is over, and that the barrel of oil at its cost even allows you to save funds to the Reserve Fund, the Rosstat figures look, frankly, far from being unequivocal about optimism. Even with a special desire ... Certainly, in the information environment it happens that the individual media can turn the minuses into advantages, and other media can do everything exactly the opposite, and therefore, in order not to become the object of statements in the style of “the author tries to embellish ”or“ the author is a person from the series of pro-polymers ”, then - exclusively dry figures and bare facts. Well, except for some short comments, which I hope in no way can distract the reader from the data published by the Federal State Statistics Service (Rosstat).

So, Rosstat publishes information on economic trends in Russia over the past 4 of the month. If you believe the presented monitoring results, then the real money incomes of the average Russian decreased for the period from January to April of the current year by 4,7%. And draws attention to a rather unexpected figure for April. This indicator - "minus" 7,1% in annual terms. For comparison: in March, according to estimates of the same Rosstat, it was “minus” 1,2%.

However, this is a real expression, which is expressed in the ability of the above-mentioned average Russian to acquire a certain set of goods for the sum of his income. If we proceed to the reports in terms of nominal, then such reports to certain categories of citizens are fit to be used at least in campaigning, especially since elections to the lower house of parliament are not far off. The denomination is as follows: not a drop, but an increase in average per capita income by 0,1% on an annualized basis (to 31,3 thousand rubles), as well as an increase in payroll wages already by 5,4% - to 36,2 thousand rubles (this is in real terms in “minus” 1,7%).

As you can see, with these figures, certain people can easily afford to “play” in such a way that the numbers will simply reflect the opposite trends. But we are here to "play" for nothing, and therefore the bare facts from Rosstat and not only further.

The number of Russians who have cash incomes below the subsistence minimum, on an annualized basis (in comparison with 2015 year) grew by no less than 19,6% and amounted to 19,2 million people.

At the same time, the growth of wage delays was recorded. Informational portal “To lead. Economy" cites the statement of the Minister of Labor of the Russian Federation Maxim Topilin:
In the first quarter, 46 received thousands of complaints from citizens about salary delays totaling about 6 billion rubles. In this regard, the State Duma may in May adopt a law to tighten the requirements for employers to pay salaries.

These are statistics from government institutions and officials, which, perhaps, resembles reports on the average temperature of hospital patients, but still gives reason to reflect on trends. You can try to ignore them or convert them to "achievements economic block ", but the facts remain facts and they do not look so comforting as we would like ...

Well, now to the announced survey conducted Levada Center in 137 locations of the Russian Federation. The organizers of the survey state that the statistical error in such a study is no more than 3,4%. Whether to trust the results of a survey conducted by experts of the Levada Center is a private matter. But even if there is no trust in the results in this case, then at least just getting acquainted will not be superfluous, and then present your point of view.

Question 1. What, in your opinion, is now the main internal threat to Russia?

At the time of the survey, 44% of Russians responded that the main internal threat in the country is economic problems, a slowdown in economic development and a growth in public debt.

Well, if one can argue with a negative about the growth of public debt (for example, in the United States or Japan, debt is growing at an astronomical pace, and so far something has not been heard about assigning pre-default ratings to the economies of these countries), everything else is close to reality. Indeed, one can say a lot about the fact that economic problems and a slowdown in growth (although in reality this is no longer a decrease in growth rates, but a real departure in the negative) do not have any influence on the situation in the country, but in reality everything is different. Many felt the drop in revenues (with the exception of incomes of all kinds of top managers and other representatives of the “golden Russian million”), and if you have a head on your shoulders it is difficult not to call the economic difficulties an internal threat to Russia. In the end, wasn’t it in order to loosen the situation in the country that anti-Russian sanctions were imposed (even if they were not the main cause of economic difficulties) by our "friends"? ..

Question 2. Do you agree or disagree with the opinion that the economic crisis in Russia is now?

Disagree - 12%, agree - 82%, the rest of the respondents could not decide on an unambiguous answer. And indeed, if we follow the official reports, how can we decide? .. On the one hand, we have (well, someone ...) income growth (if nominally), and on the other hand, their fall (if real). Here the answer fits into the logic of who and what will find in his own wallet and fridge ...

It should be added here that the maximum of answers “agree” about the presence of the economic crisis in Russia fell on March 2016 of the year - 85%. Interestingly, what has become the main factor in the fact that the percentage of those who are sure of the economic crisis in the country has decreased? Is the departure of a barrel of oil from 35 dollars and the fall of the dollar against the ruble compared to the figures for the beginning of the year? ..

Perhaps one more questionworthy of special attention given by the Levada:
How would you assess the situation with the payment of salaries, benefits in your city, district?

Result: 36% stated that the situation had worsened, 10% saw improvements, and 47% of respondents did not notice any changes in comparison with the previous period of time.

And now I would like to ask the opinion of the audience of readers. our information and analytical portal Regarding how each of those willing to vote considers whether there is an economic crisis in the country today or not? Detailed answers in the comments are welcome.

Ctrl Enter
Noticed oshЫbku Highlight text and press. Ctrl + Enter
We are
Situational analysis of the death of the MH17 flight (Malaysian Boeing 777), made on the basis of engineering analysis from 15.08.2014Results of the week. “In our cooperative, the board is always agreed”
Military Reviewin Yandex News
Military Reviewin Google News
459 comments
Information
Dear reader, to leave comments on the publication, you must sign in.