Euro-visor goes to Ukraine, or where is the money, sing? ..

17 May 2016
36
On the eve of the delegation arrived in Kiev, the European Parliament, consisting of four parliamentarians working in the budget committee. The official purpose of the visit is to verify the implementation in Ukraine of anti-corruption legislation and the effectiveness of spending all the financial resources that were previously allocated to Kiev through the European Union. The press service of the European Parliament before the visit of its economic delegation to the “Square”, issued a short statement:

Representatives of the EP budget committee intend to verify the use of allocated funds on the ground in Ukraine. They will also assess how things are in Ukraine against corruption, and how this affects the activities of various EU funds.

In the Ukrainian segment of social networks, the arrival of the commission from among the representatives of the European Parliament responded according to the classic: “An auditor is coming to us!”

The auditor really goes to Ukraine (has already arrived), but the main question is: will this auditor find any untargeted spending and corruption schemes, which recently even the most complete Maidan optimist can be seen with the naked eye ... After all, there is a double-edged sword: on the one hand, the European Union is frankly tired of acting blindly. This is when the money goes to Kiev for certain projects, and Kiev replies that the projects have not been implemented, because there will not be enough pennies. At the same time, the Ukrainian authorities are again extending a hand to the European side, thirsting for new millions (and better billions) euro. On the other hand, the European Union understands that if you finally abandon the financing of a post-made project called “Tse Europa”, then this very “Tse Europa” can begin to shkodit not only in the east direction.

In general, taking into account the fact that for Kiev, the necessary payments on loans at any time can be catered for under the action of the next Maidan moratorium, Europe is still going to pull itself together and ask from Kiev when the funds already allocated will start to work, and not go to their pockets officials at various levels?

However, it is much harder to pull yourself together in the Ukrainian “own”. "Vlad" lost all sorts of beaches in terms of waiting, I'm sorry, freebies from the West. Kiev does not want to work at all, because to work means that it is often necessary to take unpopular measures, even to abandon the credit needle. And, having sat down on this very needle, the Ukrainian government, for self-preservation, is going to continue to feed on injections, in essence, killing the Ukrainian economy as such.

It should be noted that the issue of capital flight abroad from Russia is usually discussed (which is understandable - after all, we live in Russia). However, it has never been lately presented data on what amounts of money to be withdrawn abroad Ukraine is losing. And these volumes are truly colossal (by Ukrainian and not only Ukrainian standards). So, in the publication Zn.ua material appeared Ukrainian economist Sergei Korablin, who cites data from the GFI (Global Financial Integrity) and Tax Justice Network. If you believe the publications of these agencies, the amount of Ukrainian funds that have recently settled offshore has reached 167 billion dollars! At the same time, the largest outflow (as a percentage) occurred in the last two years. If averaged, then offshore companies “suck” about 12 billion dollars from the Ukrainian budget funds, which exceeds all amounts received by Ukraine on credit lines from the West.

If you go back to the total amount (167 billion dollars) settled offshore, for Ukraine it is about one and a half to two annual budgets!

Against this background, a reasonable question arises from the lenders of Ukraine: is there at least some common sense in lending to Ukrainian “partners” if it is known a priori that the amounts of credit trenches are removed from the Ukrainian economy through the black and gray schemes, does it start to work somehow? 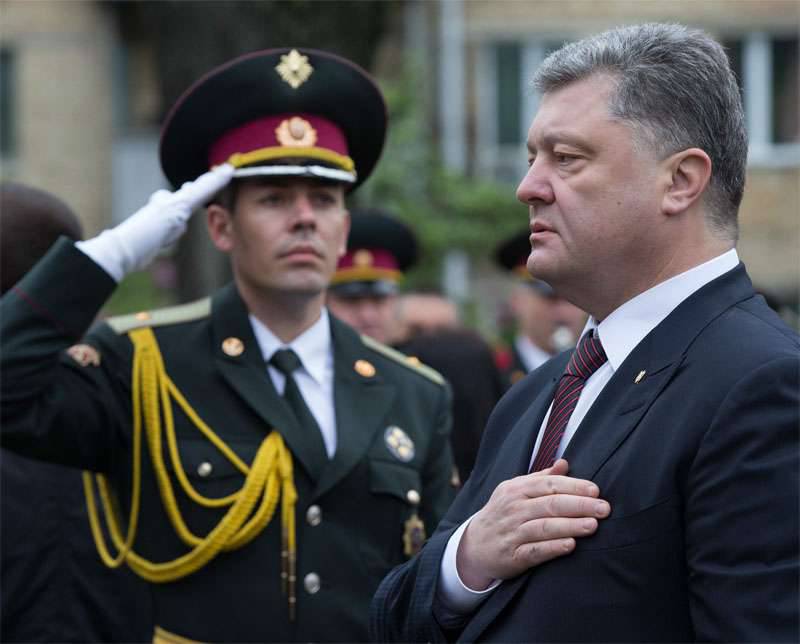 In a recent scandalous article about offshore intricacies Mossack Fonseca It is said that 643 citizens of Ukraine own outside 469 of Ukraine offshore companies, through which huge funds are turned - means that exceed the GDP of the whole country in their volumes. And there is a high probability that among these 643 “lucky ones” there are those who have direct access to credit tranches, which the Ukrainian government is counting on again and again.

Apparently, the European parliamentarians from the budget committee and arrived in Ukraine in order to identify the names that warm hands on receiving credit assistance on behalf of the entire Ukrainian state. That is, the entire state of care is waiting, and several people warm their hands, trying to diligently hide the facts of total theft from the budget. And it’s harder to hide ...

The economist Sergei Korablin notes a significant reduction in Ukraine’s investment in fixed assets. If in 2013, the level of such investments exceeded 17,5% of GDP, and Ukraine tried to bring it to the world average - 21,9%, then today investments in fixed assets fell to 14% of GDP, which indicates, to put it mildly, non-targeted spending of budget funds.

From the article by Sergey Korablin:
Calling things by their proper names is the path to nowhere. With such statistics, Ukraine is fit to be puzzled by joining the group of the poorest countries in the world, and not the rich European Union. If so, the question arises of the outflow of billions in offshore - is it too expensive for such a poor country, and with pan-European ambitions?

So the European deputies are going to answer this question ... But after all, Arseny Petrovich Yatsenyuk, who must be happy, who is already beyond all verification ...

Ctrl Enter
Noticed oshЫbku Highlight text and press. Ctrl + Enter
We are
Pentagon CybermenSituational analysis of the death of the MH17 flight (Malaysian Boeing 777), made on the basis of engineering analysis from 15.08.2014
Military Reviewin Yandex News
Military Reviewin Google News
36 comments
Information
Dear reader, to leave comments on the publication, you must sign in.