EU has always been a CIA project (The Telegraph UK, UK) 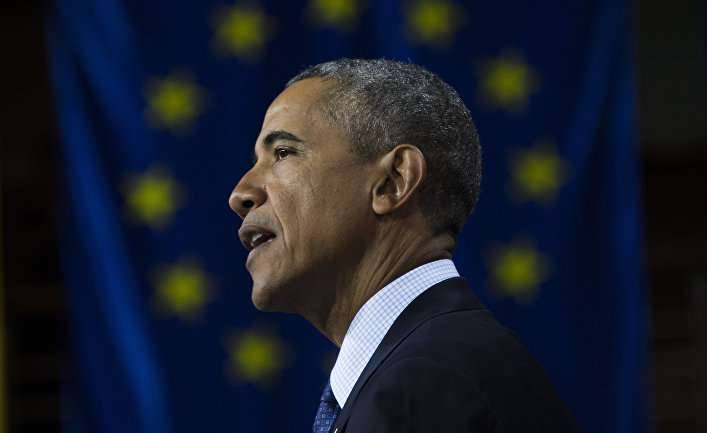 Supporters of the exit of Britain from the EU awaits amazing news. The European Union has always been an American project and originated from the intervention of the United States.

It was at the end of Washington's 1940-pushing Europe to integrate and secretly funded the process under Truman, Eisenhower, Kennedy, Johnson and Nixon.

Despite the irritation sometimes occurs, the United States since then rely on the EU as a defender of American interests in the region, along with NATO.

America has never resorted to the strategy of "divide and conquer."

Eurosceptic camp for some strange reason does not notice this, somehow believing that the powerful forces pushing the British transatlantic to the separation, and will welcome these forces as liberators.

The anti-Brussels movement in France - and to a lesser extent in Italy and Germany, as well as on the left flank in Scandinavia - comes from the opposite premise that the EU is essentially a tool of Anglo-Saxon influence and “wild capitalism”.

France's Marine Le Pen passionate antiamerikanka. She resents the superiority of the dollar. Her National Front receives funds from related with Vladimir Putin, the Russian banks.

Like it or not, but in this, at least, have a strategic sequence.

The Schumann Declaration, which set the tone for the Franco-German reconciliation and gradually led to the creation of the European Union, was concocted by US Secretary of State Dean Acheson at a meeting in the State Department. “It all started in Washington,” said Robert Schuman, the head of the Chancellery.

Truman Administration in the early postwar years to intimidate the French and forced them to sign an interim agreement with Germany. During acute controversy with stubborn French leaders in September 1950, the United States even threatened to stop providing assistance under the Marshall Plan.

Truman's motives were clear. Yalta Agreement and the Soviet Union was falling apart. He needed a united front to curb the expansion of the Kremlin after Stalin swallowed Czechoslovakia, and even more so when communist North Korea has moved 38-th parallel and invaded South.

According to British eurosceptics, Jean Monnet (Jean Monnet) occupies a special place in the pantheon of federalism, as the gray eminence supranational abominations. Few people know that he lived a long time in America, and in time of war was the eyes and ears of Franklin Roosevelt.

General Charles de Gaulle considered him an American agent, as it was in reality - approximately. In his biography of Monnae, Eric Roussel (Eric Roussel) describes how he worked closely with all US administrations.

It is very strange that an authoritative study on the 1 000 page has not been translated into English, although it is the best of all the works of EU origin.

Many also have no idea of ​​declassified documents from the archives of the State Department, which shows that the US intelligence for decades secretly financed the European Movement, and has been active behind the scenes to engage in this project in Britain.

When these documents were made public, our newspaper first reported on them. She wrote that in one of the memos from July 26 1950 years said about the campaign to form a full-fledged European Parliament. This document is signed by General William Donovan (William J Donovan), who during the war was led by the Office of Strategic Services, which arose on the basis of the Central Intelligence Agency.

The CIA’s key front organization was the American Committee for a Unified Europe, which was presided over by Donovan. Another document shows that in 1958, this committee provided the European movement with 53,5% finances. His council included Walter Bedell Smith and Allen Dulles, who led the CIA in the 50s, as well as a whole caste of former employees of the Office of Strategic Services, who then went to the CIA or left.

The documents show that the committee treated the “founding fathers” of the EU as hired workers and actively hindered them in the search for other sources of funding, as this could reduce their dependence on Washington.

There is nothing immoral and wrong. In the context of the Cold War, Americans acted shrewdly. The political reconstruction of Europe has become a resounding success.

Of course, there were terrible miscalculations in the process of building a united Europe. The memo from 11 June 1965 set out the instruction of the vice-president of the European Community to secretly pursue the creation of a monetary union, avoiding debate until "making such decisions becomes almost inevitable." This document did not differ by special wisdom, which is confirmed by the events of today with debt and deflationary traps, and with mass unemployment in the south of Europe.

In a sense, these are documents from the ancient stories. But they show that the American "state in the state" got into this case by the ears. We can argue whether the edge of what was permitted by Boris Johnson, who recalled President Barack Obama’s “partly Kenyan origin,” passed or not, but his main mistake was the assumption that Obama’s trade threats had something to do with his grandfather in prison during the Mau Mau rebellion. It was a pattern of American foreign policy.

Of course, Obama is understandably could harbor a grudge when recently surfaced new details about the suppression of the uprising. It was a shameful violation of the colonial police discipline sicken veterans of the colonial authorities, working in other parts of Africa. But the promise of his outstanding book Dreams From My Father (Dreams From My Father) consists in the fact that he tries to be above historical grievances.

Brexit supporters like Republican candidate Ted Cruz’s desire for Britain to “take the lead in a free trade deal” after leaving the EU. But this is just election foam. If Cruz somehow falls into the White House, he will act in accordance with the Washington imperatives, whatever they are at this moment.

Yes, America had doubts about the EU at the end when there 1980-x became stronger ideological fanatics, representing the European Union itself as a rival superpower that seeks to challenge and surpass the United States.

John Kornblum, who headed European affairs at the State Department in 1990-s, said that attempts to interact with Brussels were a real nightmare. “I ended up completely lost faith in them. In the military sphere, in the field of security everything was absolutely hopeless, nothing worked. ”

Kornblum argues that the EU “psychologically withdrew from NATO” when he tried to create his own military command structure, doing this with his usual posturing and incompetence. “Britain and the West would be much better if Britain was not part of the EU,” he said.

This is interesting, but such views are held by a minority in American political circles. Despair passed when 2004 has entered Poland, and the first wave of Eastern European countries into the EU, and when there was a whole group of supporters Atlanticist countries in the European Union.

We know that this can hardly be called a love affair. In a conversation intercepted a couple of years ago on the wave of the Ukrainian crisis, a high-ranking American representative reflected her dismissive attitude toward Brussels when she uttered the sacramental phrase: “Fuck the EU”.

But now there is a prevailing view in the world that the Western liberal order is undergoing a triple attack, and that the European Union should be supported in the same way as Britain and France supported the shaky Ottoman Empire in the 19 century - and supported wisely and farsightedly, as its slow The collapse led directly to the outbreak of the First World War.

Today threats come from jihadist terror, on a number of failed states of the Maghreb and the eastern Mediterranean, from the militaristic rogue regimes in Moscow, which will soon run out of money, but as long as there is a window of opportunity before Europe rearm, as well as by the extremely dangerous crisis South China sea, which increases day by day, because Beijing is experiencing the American alliance structure for durability.

Of course, the danger from Russia and China are linked. Perhaps (pessimists say for sure), Vladimir Putin, will take advantage of a major outbreak in the Asia-Pacific region and to try his luck in Europe. According to Washington, Ottawa, Canberra and all those around the world who believe Pax Americana advantage now Britain is not the time to slip into the base of TNT staggered European building.

The awful truth for EU exit supporters is that the ruling establishment of the Western world believes Breksa strategic vandalism. Fairly or not an opinion, but supporters Breksita should respond to this accusation. Some type of Lord Owen to understand the scale of the problem. But most were blissfully unaware until Obama did not come last week.

In my opinion, the camp of exit supporters should set out plans to increase British military spending by half to three percent of GDP, and also promise to lead Britain into the vanguard of the military powers of Europe and make it an undeniable force. At the very least, it will give an impetus to the big buds from the “big fear” project.

Supporters care should refute any suggestion that the refusal of EU membership at the same time constitute a waiver of global commitments, the cancellation of the European Convention (this Magna Carta of Europe, the EU is not prepared, and Britain) and out of the climate agreements.

Perhaps we should not expect a coherent and consistent plan of action from the disparate groups rallied artificially under the influence of events. But those of us who like camp Breksita who wants to return to the sovereign system of government and abandon the usurped rule of the European Court has not yet heard the opinion exit supporters on how to do all this without the tremendous collateral damage, and so that it will not drop the honor and the dignity of our country.