11 May 2016
16
Installation of paired grenade launchers RPG-32 "Nashshab" is proposed to be used in the protection of special objects, including Nuclear power plant transmits RIA News the report of the representative of the company-developer "Jadara Equipment & Defense Systems" Yuri Kashko. 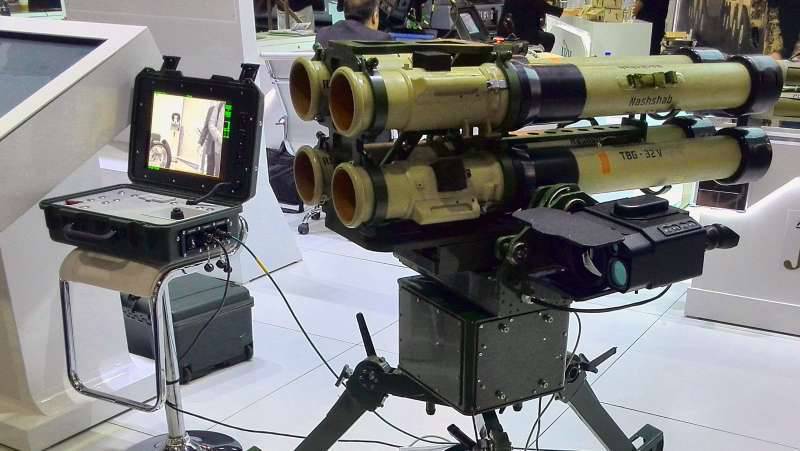 “Project" Nashshab "moves on. Today we offer the customer a unique development of the QUAD-1, which is an installation of four remotely controlled RPG-32 grenade launchers. It can be used in the protection of special objects, including nuclear power plants - as you know, a nuclear power plant will now be built in Jordan with the assistance of Russia ”,
Kashko said at SOFEX-2016 in Amman.

He noted the rate of installation. “It is capable of firing on the enemy's technique with both four grenade launchers simultaneously, and with an interval of half a second. According to him, the price of the complex is relatively low if compared with "other means of protection of strategic facilities of this class."

Kasco also announced the completion of the development of a promising infantry support vehicle based on the QUAD-1.

“Watching the latest fighting in Syria, including in Aleppo, we realized that in the conditions of fighting within the city on foot, a fighting vehicle was needed that would go in front of them and eliminate all the sniper points. We decided to install our QUAD-1 installation on an armored car - it can attack enemy snipers and grenade launchers and can be installed on absolutely any car, from light jeeps to armored vehicles, ”said Casco.