Will plans for the Northern Sea Route go beyond the limits of the paper sheet?

11 May 2016
52
The Ministry of Development of the Far East reported that less than two months remain before the creation of a full-fledged model for the development of the Northern Sea Route (NSR). Such a model will find its final form at the end of June of the current year and will be aimed at enhancing the use of NSR by various companies (including foreign ones) to increase freight traffic along this route. At the same time, today's statistics of the Northern Sea Route in terms of transit of goods from the EU countries to Southeast Asia and vice versa leaves much to be desired. If in 2013, the volume of transit freight traffic on the considered route exceeded 1,1 million tons, then already in 2014 this figure fell by more than 4 times. Today, it barely falls short of 0,3 million tons.


The main problem of the Northern Sea Route today is associated with short periods of navigation. Cargoes without risk for ships to be blocked in the Arctic ice can be transported via the NSR at best 3-3,5 months per year, while navigation, for example, through the Suez Canal is year-round. 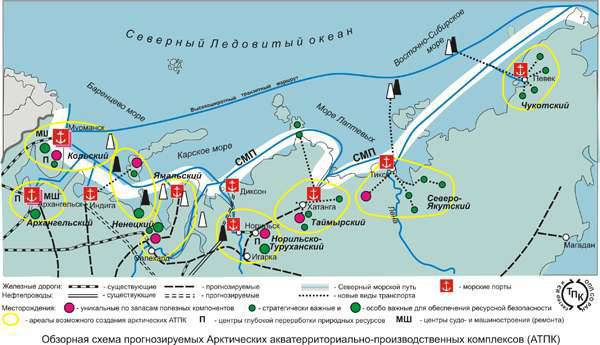 Despite the unintelligible freight volumes through the Northern Sea Route, this transport direction has a considerable number of obvious advantages: firstly, it is the length of the route, which is almost twice as short as the southern route - “Suezky” - and this is a decrease in the time of cargo transportation (often over 20 days only in one direction), saving on fuel, reducing the cost of maintaining the crew and freight of the vessel at the time of the transport passage, etc.), secondly, the absence of any risk associated with the attack of pirates. While passing along the southern route, merchant ships may become targets for pirates on at least two sections of the route - in the Strait of Malacca and when traveling in the Arabian Sea, this problem for world trade is completely absent from the SMP. Moreover, during the passage through the Northern Sea Route there are no those impressive queues of vessels that are observed in the Suez Canal area.

There are a lot of advantages, but it’s still one thing to announce the presence of such advantages, and quite another thing is to achieve the attractiveness of the Northern Sea Route for business use at a high level. Business is conservative, and therefore, in order to offer an alternative in the form of an SMP, the Russian government will not only have to declaratively draw up a program to develop the Northern Sea Route, but also really engage in such development.
The basis for this development is the expansion of the capabilities of the NSR through an increase in the navigation period. This can be achieved today through the construction of new icebreaking units. fleet countries. And there are quite definite successes. According to the level of development of the icebreaker fleet, Russia is one of the main leaders.

The other day, the Minister of Industry and Trade of Russia Denis Manturov reported on the implementation of the program for the construction of three new Russian icebreakers with a capacity of 60 MW each. Construction of these vessels is in the shipyards of St. Petersburg and the Leningrad region. In particular, the Baltic plant participates in the construction.

The largest icebreaker in the world was laid at this shipbuilding enterprise. We are talking about the icebreaker "Arctic" (lead ship) project 22220 (LK-60YA). This is an atomic icebreaker with a displacement of 33,5 thousand tons, which has two nuclear reactors. The planned reloading of fuel on icebreakers of such a project would have to be carried out approximately 1 once every 7 years, which gives additional savings when using such vessels to increase the duration of navigation along the Northern Sea Route.

The readiness of the 22220 head icebreaker for today is approaching 40%. 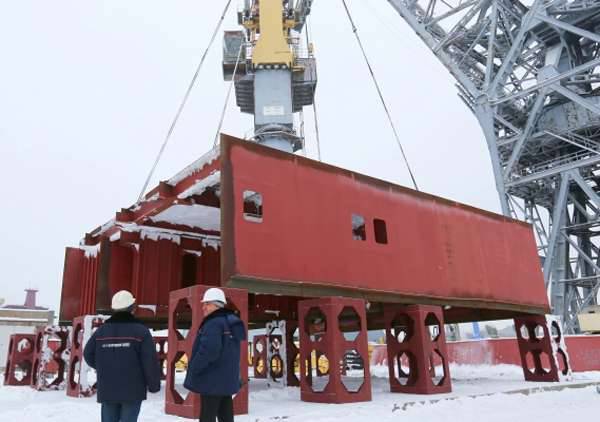 The Ministry of Industry and Trade notes that icebreaking technologies are actively being developed by Finland today. This country together with the Russian Federation is considered the leading builder of ships of the icebreaking fleet.

The main defense department of the country also expresses its interest in the development of the Northern Sea Route and its infrastructure. Considering that recently the Ministry of Defense unambiguously makes it clear that the Arctic is a zone of Russian interests, and the ministry’s interest in the NSR is understandable.

TASS quotes Denis Manturov, telling about plans for the development of the Northern Sea Route:
We presume that the program of the Ministry of Transport and the Ministry of Defense will provide for the conduct of commercial ships on the Northern Sea Route. This will provide additional economic incentives in general and for operators who will carry cargo. This is naturally beneficial by shortening the sea route.

The plans of the Russian government are really ambitious - to bring the turnover through the NSR to 65 million tons by the 2020 year (Soviet 80-s figures were about 7,5 million tons per year). This task can only be accomplished if, by that time, the composition of the icebreaking fleet will be expanded by the arrival of new vessels, and the idea of ​​significant savings and 100% security of the northern route will be conveyed to business representatives. Access to such an impressive value of the volume of freight traffic through the NSR is also possible because navigation routes along major rivers that flow into the Arctic Ocean can fully connect to the Northern Sea Route. After all, Russia has units of an icebreaking fleet and a river-sea class in its arsenal.

Therefore, if the development program of the SMP by the end of June 2016 will indeed be created, the main thing here is not to focus on the paper version. Indeed, as practice often shows, if in our country it’s not to take up the matter with a systematic approach and control, then any ambitious and promising project can remain at the stage of reasoning and go into the format of those buried in the ground (in this case, rather, in permafrost) of Napoleon’s plans.

Ctrl Enter
Noticed oshЫbku Highlight text and press. Ctrl + Enter
We are
It's time to stop the assassination of the Russian ArcticSevmorput master going ...
Military Reviewin Yandex News
Military Reviewin Google News
52 comments
Information
Dear reader, to leave comments on the publication, you must sign in.