Breedlove received from the Ukrainian president "Yaroslav the Wise"

5 May 2016
89
President Poroshenko awarded the deceased from the post of commander in chief of NATO Philip Bridlav Order of Yaroslav the Wise, reports RIA News. 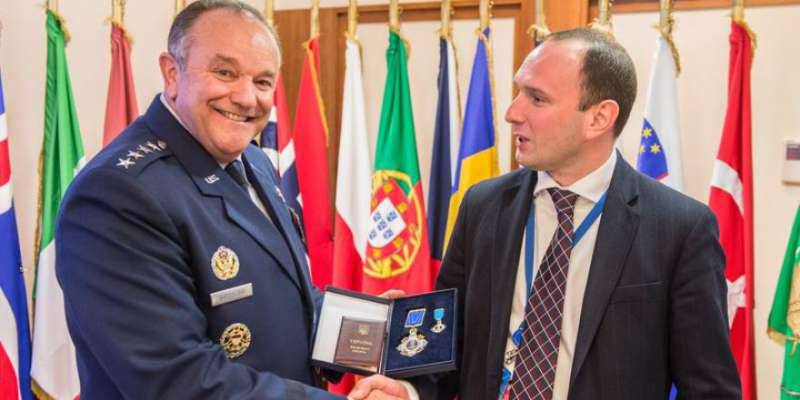 On Wednesday, Bridlav passed his post to General Curtis Scaparotti.

“The President of Ukraine awarded General Philip Breedlove with the Order of Yaroslav the Wise. The award ceremony took place on the day when the new Supreme Commander of the United Armed Forces of Europe in Europe, General of the US Army Curtis Scaparroti, took office.
- says the release of the administration Poroshenko.

“The decree on awarding marks General Breedlove’s significant personal contribution to the development of Ukraine’s relations with the North Atlantic alliance, upholding state sovereignty and territorial integrity of Ukraine,” the press service said.