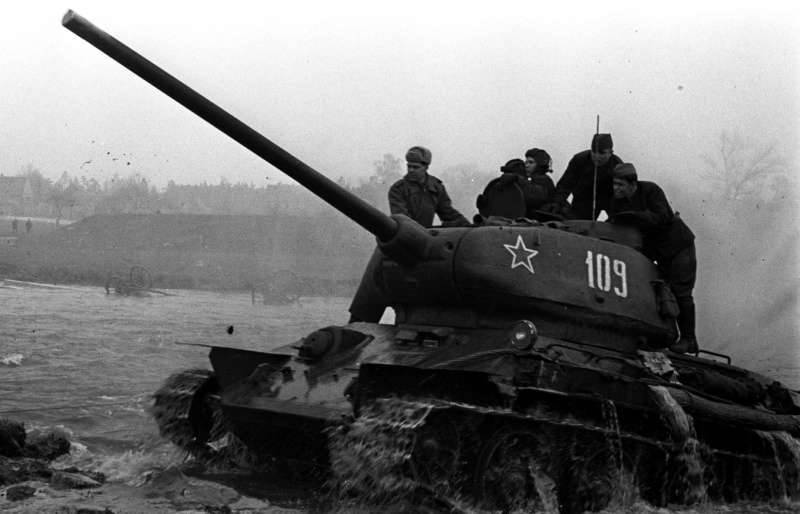 The mail has arrived. I quote it literally because it is impossible to convey all the warmth, all the gratitude that comes from a real, lively, non-electronic letter written by the kindest teacher, Sergei Ivanovich Trofimov.

“In August of the year 1975, after graduating from the pedagogical institute, I received distribution for employment in my native Verkhnedonskaya district.

- Well, what, Seryozha, will you go to work in your Novonikolayev school? - asked the head of the department of education I.P. The middle.

- No, Ivan Pavlovich, direct me to where I am most needed. In my school in the pedollektivy, I will be at first Seryozha, and in another school at once - “Sergey Ivanovich”.

Ivan Pavlovich thought, and then asked:

- And in the farm Bykovsky go? There is no road, and the apartment is not given, the school is old, pre-revolutionary, and there are not enough teachers. But you will definitely like the director.

And I went to the "mysterious" farm, where there is nothing, but the director "must
like it. " Upon arrival in Bykovsky, I liked everything: the village itself, its inhabitants, picturesque nature, the forest, the Peskovatka river, the eight-year school, the teaching collective, the students, and Vasily Vasilyevich Korshunov, the director.

To myself, I called him a "guru" - a teacher-mentor. And he me - "maestro." I played the accordion, and I was entrusted, in addition to all, singing lessons.

The team called him "our encyclopedia." A wonderful historian, philologist, journalist, local historian, far from being a “local” poet and an outstanding teacher. The school was constantly free vacant German teacher. Vasily Vasilyevich mastered the language of Schiller and Goethe and led the subject himself.

And with what respect and love his countrymen regaled him! “Our enlightener,” called Vasily Vasilyevich Trofim Vasilyevich Cherenkov, with whom I lodged in a farm. He told me that when the principal received educational films on school subjects by mail, he convened residents into the schoolyard, and when it was getting dark, he showed films, projecting the image, as if on a screen, onto a bleached wall of a barn. And the farmers, and these were mostly people of a “serious” age, sitting on logs, watched films with interest stories, literature, geography and other subjects (then television has not yet arrived in the outback). They really liked the attention of the enlightening director to them.

Today in Russia, the state idea is beginning to appear: patriotism. Our Vasily Vasilyevich stands at the head of the movement of fellow patriots.

Today, “my guru” marks 80 years. And he is still the same. He has already written a new poem, he has time to visit both the editorial offices of the local newspaper, and the meeting of local poets in the district library, and in the Sholokhov Museum at the International Conference of Sholokhovedov. ” And he continues to write many poems about the last Great Patriotic War, which has affected by its black, destructive wing and the land of the Don.

The trouble came to our Don land in July 1942. German invaders occupied Migulinsky district, and captured my village. For five months, our land was under the yoke of enemies. The Germans in many places of the 300-kilometer front made attempts to force the Don and get to the flank of the Stalingrad group of our troops. But they did not succeed. 2 December 1942 of the Year The Supreme Command headquarters approved the plan for an offensive operation in the rear areas of the Italian and German forces concentrated in the large bend of the Don.

From the memoirs of the participant in the liberation of the village of Meshkovskaya senior lieutenant Vladimir Vereykin: “By the evening of December 18, breaking the resistance of the enemy, we broke into the outskirts of the village of Meshkovskaya, and four tank T-34s were already crushing the Nazis in the very center. Parts of the 1st Guards Army occupied Nazarovsky Farm. The enemy artillery, standing on the barrow near the church and on Yashkina Hill, opened fire on our tanks. Three tanks were shot down, and the fourth on the bridge turned the wooden flooring, fell into the river. On the night of December 19, our command decided to fire a volley of four Katyushas along the heights occupied by the enemy. 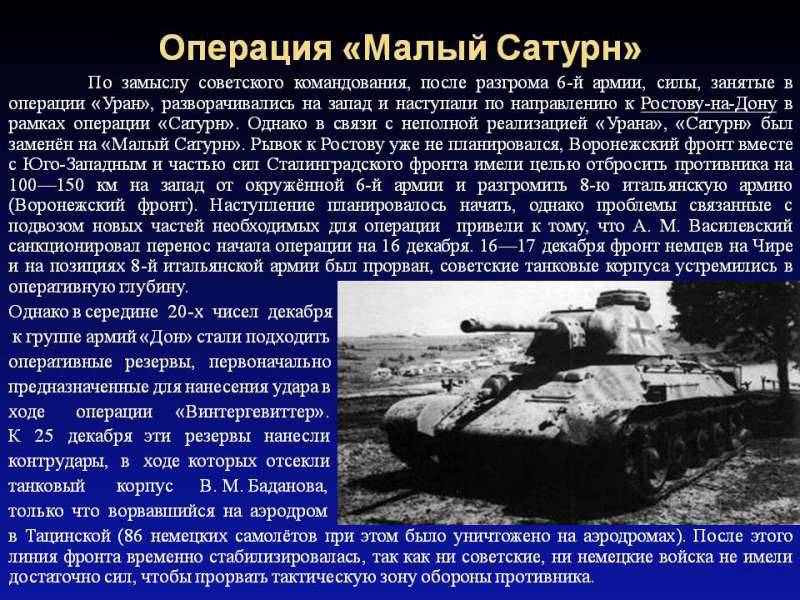 So the Boguchar-Bagkov group was surrounded and completely destroyed. At dawn 19 December 1942, the village of Meshkovskaya was completely liberated. Our army continued the successful attack on Millerovo. Ukraine was ahead. ”
In memory of the fighters who died during the liberation of the village of Meshkovskaya, December 19 1974, the opening of the memorial complex took place. Among the participants in the rally were soldiers who liberated the village, relatives of soldiers and officers, and partisans from the Don Cossack detachment buried in a mass grave. 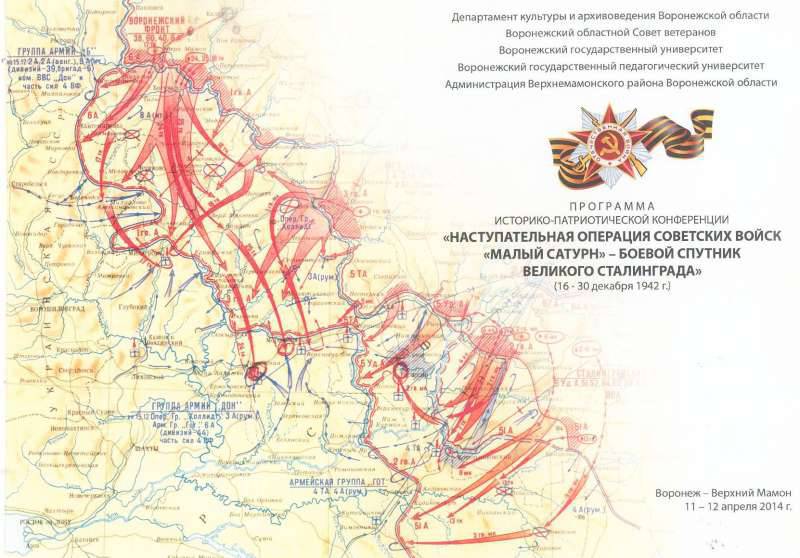 On the memorial carved all the names of the dead. For the first time the fire of eternal glory was lit by the holder of the three orders of Glory Panteleimon Ivanovich Demin.

By that time, the pathfinders of the Meshkovo school to search for the relatives of the buried warriors had a great search. Many of them came to the opening of the memorial, and some sent letters because, because of their age and state of health, they could not come here to a distant village.

"Dear Guys! We thank you very much for your message that our son and brother Sergei Vorozhaykin died and was buried in the village of Meshkovskaya, - the sister of the soldier Inna Aleksandrovna wrote to the trackers. He was a student of the 10 class when war broke out. He loved to go to the forest for fishing. I read a lot. Loved Jules Verne and Alexandre Dumas. Serezha lived a short life. He died in 19 years.

And then in the letter, the touching addition of Seryozhina's mom: “Thank you, dear trackers. I will always remember you and I will be calm: my son, Seryozha, was found, and I know where he died and was buried. With deep respect for you Serezhina mom. "

Now the local school has a booth “Nobody is forgotten, nothing is forgotten”, which has a list of dead soldiers during the liberation of the village. Meshkovskaya village administration helped to make portraits of war veterans who lived in Meshkovskaya, who are no longer alive. Looking at these photos, you understand: the memory of people who did not spare themselves did not spare their lives, so that their children, grandchildren, great-grandchildren would live in a free country. 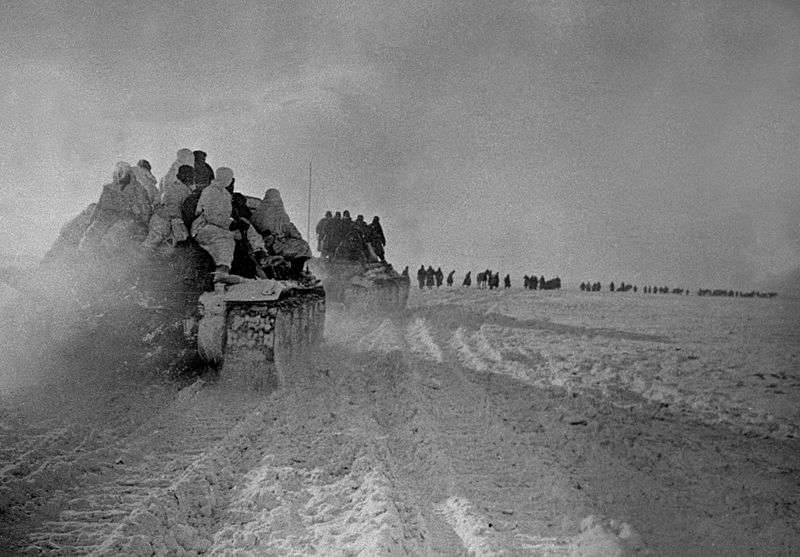 Vasily Vasilyevich Korshunov, a teacher from a distant Verkhnedonsky district, dedicates his poems to those who have passed and died. 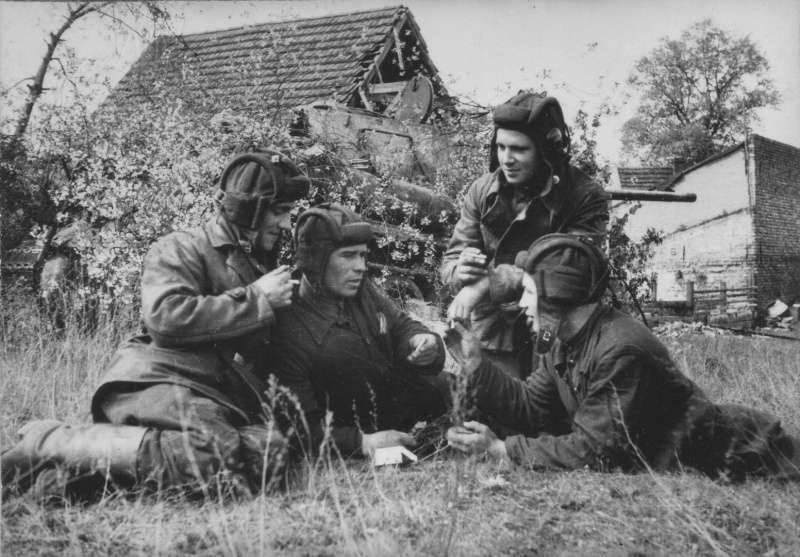 I cite an excerpt from the poem "In Memory of the Tankman." The poem is dedicated to Ivan Danilovich Korshunov (1904-1942), a resident of the Raskolny farm, a famous gardener and a first-class harvester who died during the war. The passage resurrects the victorious counteroffensive of the Red Army on the Don.

The enemy to take Moscow is ready,
Victory parade is seen
- And suddenly, in the South, there is a mess:
Fights for Don, fights in Rostov,
And Kleist's tanks are on fire!
And the militia, and infantry
Go ahead for a company of companies,
Eager for revenge
Hurry Rostov free.
And - angry! do not stop.
Fire - retribution and revenge
For mockery, for mockery!
Aryan! You didn't expect
Fire, wrapped in metal?
Infantry, putting on wheels,
I did not ask myself the question
What a desecrated honor -
Holy revenge!
Holy revenge!
Shooting, firing, thunder guns:
Take the quarter, behind the house house
Free from the enemy.
Forward! - minute road.
And Rostov is released,
Crowned by the flame of banners!
Another Russian front comes,
The enemy of the ridiculous is trashing -
And Kleist, victorious, retreats,
And Kleist, the glorified, is running!
In the boiler attack germinates!
Hitherto Kleistov Armada,
Persecuted in ticks take frisky
And beat, not knowing mercy,
Runs herself, glad to be saved,
Of tenacious bursting barely.
Approaching the well-aimed fire
Kleist substituted his armor
Guns and shotgun shells
The fighters threw ambushes
Fire boiling charge,
Flashing, flying squadron
Stromglav caused her damage
Under the belly of tanks or in the side
Threw the bottle.
Fire sprout
In bursting fire germinated,
And the metal died before our eyes.
A minute earlier on the go
He sowed death and brought trouble.
Now to you, steel army
Gurtami wreck stand
On flamethrowing lines,
Where are you, without waiting, crash.
And the motorized infantry fell
From the angry lines of the machine gun,
From bullets from the ground and from an airplane,
From the angry splash of the mortar,
From the wrath of the cannons and Katyushas,
Rifles revenge and machine guns:
This is not the June kickbacks,
Do not those battalions and soldiers
For them to stand! orders are holy -
The people knew how, and brave, and dozhu.
The Wehrmacht informs the alarm:
Kleist, stumbling, waiting for help!
And Hitler to Kleist for help,
Cutting reserves, tanks sends.
But not for the advancement of forces:
Kleist until spring slowed down.
Our battalion, driven by revenge,
Tankista duty performed with honor. 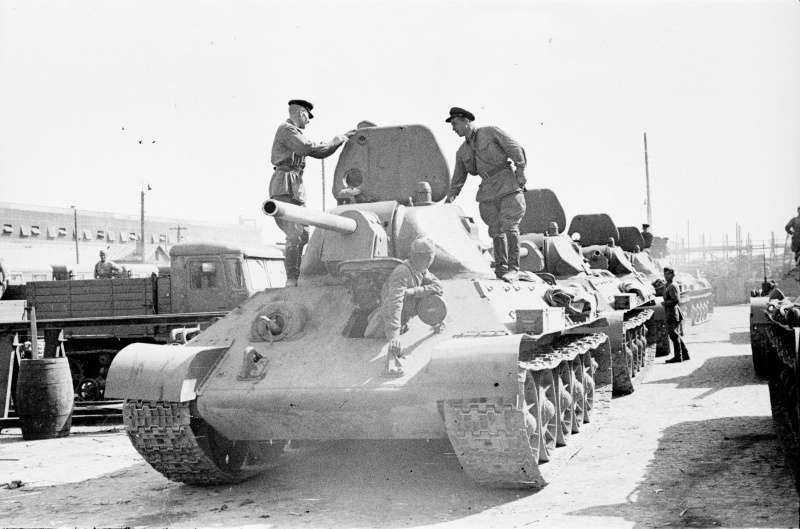 Near the villages and near the villages
We cast Fritz prostrate.
And - by force of terrible changes -
They surrendered to the Russian prisoner.
Who did not give up, died
Face to Germany lay.
Other, holding the pectoral cross
As the key to the village of paradise,
Other, saying goodbye, a locket,
Where frau lik captured.
Forget if tanks disappear when
To you the fascist horde,
Filling dale, rushing forward,
The roar of the engines roars
And, by the strength of a formidable proud,
From long-range guns beats,
And you, reading volleys speech
As a warning "do not quit!"
In the avalanche of tanks rushing towards.
Minute - and boil the fight
With a rabid horde!
You before the fight fire
Do not think you will be alive
When this fight stops,
Gather strength, aim better
In the team selected goal
And, a salvo ahead ahead
And thrusting another projectile into the barrel,
Armor to the enemy! - shoot
And if racks, finish off.
I managed to get into a duel with another
Again at the weak points of the target,
Again without a miss
And Pruschiy shell brakes.
And be T-II, and be T-III
Fascist armor, burn!
Lights zvy, burns dry
The fire is kindled! burn it down!
Strong mother horde!
On the front fights series:
Duel gnash, rumble, thunder,
The fascists climb through -
And ours, marked by firing,
Machines leave the system.
Losing friends, you will become angry:
Quick - armor to the enemy faster!
Do not let him come to your senses Shoot!
Under the breath of fire! ...
And you, Slovak, in the ranks of the attacks?
What fate brought?
Mastered, wrench, craft,
Hiding behind steel, kill!
Well, if the Slavic brother, so
Multiply by the number of
Attacks will curse.
Charge punishing catch!
Catch! - from blood brothers.
And this one? lost the move
Turning back and forth,
All snarls fire.
In the sight of the brave!
Get it! Brave, get the "additive"!
Flameless, shut up.
For sklesto tanks - skhlost infantry.
And our battles in the upper hand takes.
It is time for defeat,
And the air is tearing, rattling, "Hurray!"
The battle dies down by the end of the suffering.
Not the one where the last sheaf is sheaf
And the one where the enemy hordes beat,
And silence! battered horde.
So Don, straining all your strength,
Destroyed enemies
Closed the road to the Caucasus
Iron fist distracting
From your fronts, dear Moscow,
Approached your winning hour.