1 May 2016
98
In 2016, May Day is celebrated on 125 for various years and has had different names and turned from unofficial and semi-legal meetings of workers from St. Petersburg plants and factories of the times of Emperor Alexander III to one of the public holidays, first of Soviet Russia, then the USSR, and later the Russian Federation. Today May Day in the calendar of official holidays is called the Spring and Labor Festival. And for the majority of the representatives of the generation born in the Soviet Union, the holiday today remains the Day of Solidarity of the Working People. 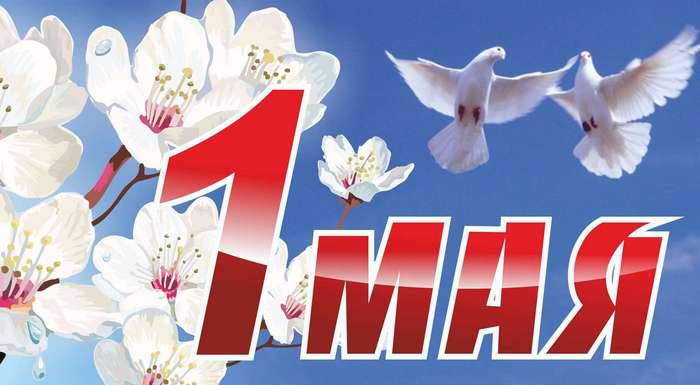 It is a festive day, and therefore it would be possible to do only with congratulations and traditional in that case officialdom. However, the holiday concerns working Russia (and our people, despite the numerous myths of the representatives of the liberal “intelligentsia”, love and know how to work), and therefore I would like to give some statistics and other information regarding the issue of labor and labor relations before traditional congratulations Russia.

28 April The Ministry of Labor announced that in Russia due to the increase in the percentage of the population forced to live below the poverty line, a number of programs and initiatives are being introduced. Moreover, the initiatives will affect the regions in which the most significant increase in the poverty threshold among the working population has been found, as well as an increase in the unemployment rate. According to the Minister of Labor and Social Policy Maxim Topilin, in the near future the state will allocate about 1,1 billion rubles as subsidies for the development of the employment system of the population and distribute these funds as follows:

In particular, the funds will have to go to the opening of new jobs, conducting vocational training and retraining of people who have lost their jobs for various reasons (including due to the notorious “optimization”).

According to the Ministry of Labor, the total number of vacancies in Russia today is about 1,2 million units. The largest number of vacancies associated with the work specialties. Literally "worth its weight in gold" today is a qualified engineering staff. The largest employers in the Russian Federation, including enterprises of the military-industrial complex, also speak of an acute shortage of engineering personnel.

At the same time, in April the level of national unemployment once again grew. The total number of unemployed citizens, according to Rosstat estimates, is about 1,06 million people. The most difficult situation with unemployment in the republics of the North Caucasus, in some of which among the unemployed is every 5 local official in the so-called economically active age. Moreover, as is well known, federal subsidies to the North Caucasus region are significantly higher than many other regions, which means that a reasonable question arises to individual representatives of the North Caucasus authorities about the effectiveness of spending the funds allocated from the state budget.

As noted by the government, the above-mentioned measures to subsidize regions should in the near future lead to supporting employment of more than 35 thousand people at the country's 250 enterprises, including such as KAMAZ, Avtopribor Vladimir Plant, Ufa Instrument-Making Production Association and others

In connection with the increasing incidence of violations by individual employers of obligations to employees (first of all talking about the delay in salary payments under various pretexts), a portal was launched in Russia that helps citizens faced with the arbitrariness of the employer to restore the affected rights in one way or another. It's about the portal Online Inspection.rf, a link to which we place and on our resource. The portal is positioned as a platform where every citizen of Russia and a foreign citizen who has received a work permit in the Russian Federation can directly contact the labor inspectorate and get a free consultation. The portal allows for the so-called self-check (popular check) of the organization in which the applicant works.

During the existence of this portal, more than 100 thousands of complaints from citizens have been reviewed, more than 49 consultations have been provided to thousands of applicants. In fact, more than 2,4 million cases of reinstatement of rights in the area of ​​labor legislation were made in the country.

In Russia, the concept of forming a unified database of the most popular and promising professions is being implemented. This base will allow, for example, young people to determine the possible choice of future profession, and also help regional business to identify areas for investment in certain activities.

And now - all the same for the holiday. 125 years - an impressive date. Not every modern public holiday today can boast so much impressive history. Perhaps the reason for the longevity of this holiday is that it is the attitude of man to work and the state to man of labor that determined the level of development of both the state and society. Therefore, the slogan “Peace! Work! May! ”Also does not lose its relevance.

"Military Review" congratulates all its readers on the main labor holiday of Russia!
Ctrl Enter
Noticed oshЫbku Highlight text and press. Ctrl + Enter
We are
Conquerors of the "Kingdom of Ice". Russia celebrates the day of the polar explorerMay Day
Military Reviewin Yandex News
Military Reviewin Google News
98 comments
Information
Dear reader, to leave comments on the publication, you must sign in.