Who are the SRs?

17 May 2016
6
Oddly enough, there have always been political parties in Russia. Of course, not in the modern interpretation that defines a political party as a “special public organization”, the guiding goal of which is to seize political power in the country. 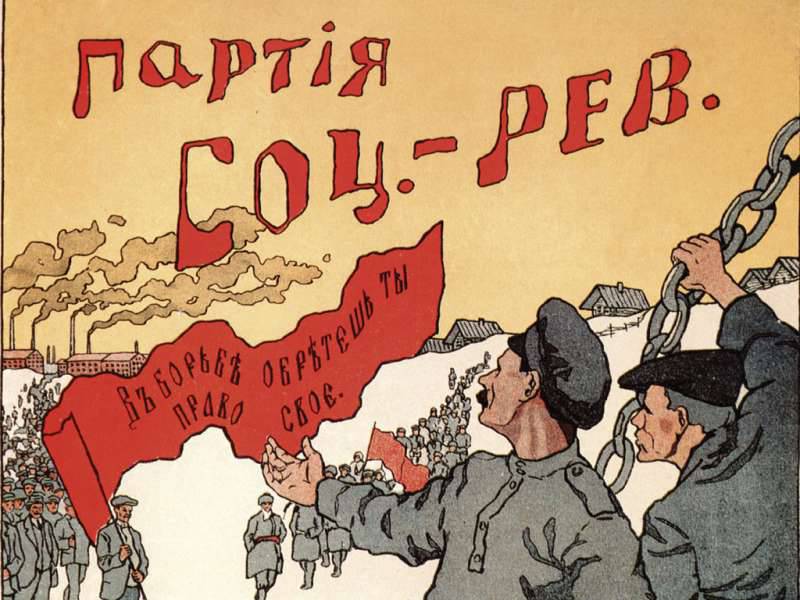 Nevertheless, it is known for certain that, for example, in the same ancient Novgorod, various “Konchak” parties of Ivankoviches, Mikulchichi, Miroshkinichy, Mikhalkovichi, Tverdislavichi and other rich boyars clans have long existed and constantly fought for the key post of the Novgorod mayor. A similar situation was observed in medieval Tver, where, during the years of acute confrontation with Moscow, there was a constant struggle between the two branches of the Tver princely home - the “Prolitovy” party of the Mikulin princes headed by Mikhail Alexandrovich and the “pro-Moscow” party of the Kashira princes headed by Vasily Mikhailovich and etc.

Although, of course, in the modern sense of the political parties in Russia emerged quite late. As you know, the first of these were two fairly radical socialist-party party structures - the Russian Social-Democratic Labor Party (RSDLP) and the Socialist Revolutionary Party (AKP), created only at the turn of the 19th-20th centuries. For obvious reasons, these political parties could only be illegal and worked under the strictest conspiracy, under constant pressure from the tsarist secret police, who in those years were headed by such assies of imperial political investigation as gendarme colonels Vladimir Piramidov, Yakov Sazonov and Leonid Kremenetsky. 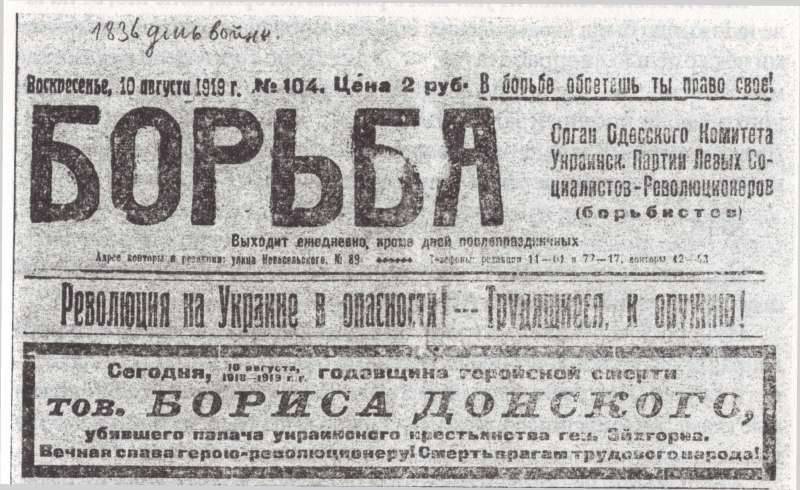 Only after the sadly famous Tsarist Manifesto of 17 in October, 1905 of the year, which for the first time granted political liberties to the subjects of the Russian crown, the rapid development of legal political parties began, the number of which had exceeded one hundred fifty by the time the Russian Empire collapsed. True, the overwhelming majority of these political structures were in the nature of “sofa parties” formed exclusively to satisfy the ambitious and career interests of various political clowns who absolutely did not play any role in the country's political process. Despite this, almost immediately after the general process of the emergence of these parties, the first attempt was made to classify them. 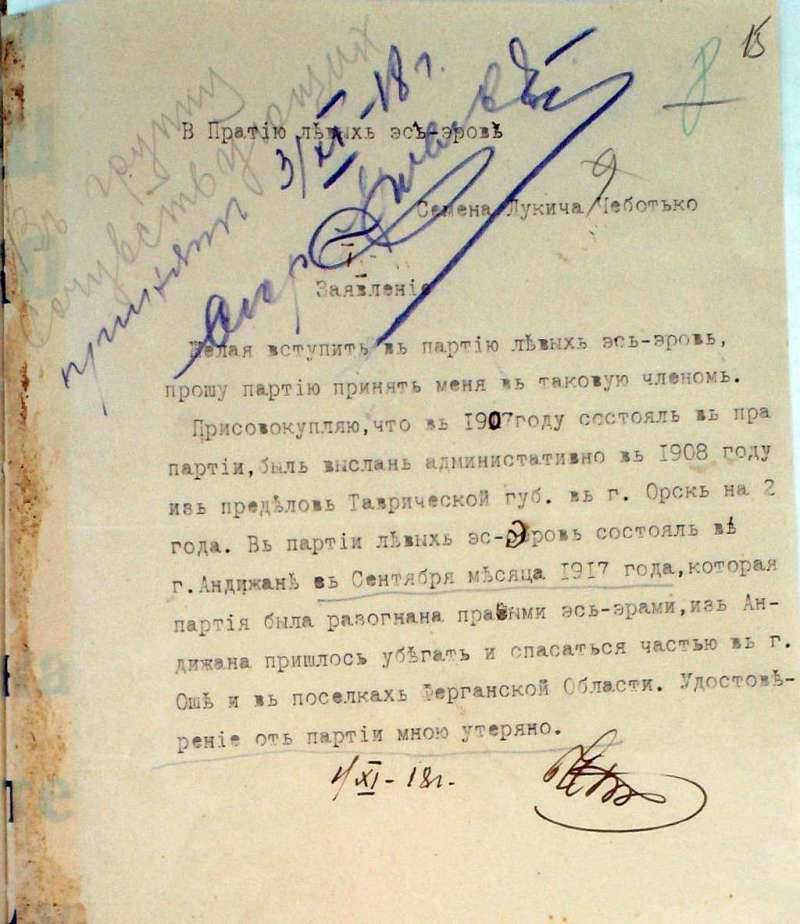 Thus, the leader of the Russian Bolsheviks, Vladimir Ulyanov (Lenin), in a number of his works, such as “The Experience of Classifying Russian Political Parties” (1906), “Political Parties in Russia” (1912), and others, relying on his own thesis that “The struggle of parties is a concentrated expression of the struggle of classes”, proposed the following classification of Russian political parties of that period:

In spite of the Leninist classification of parties, the well-known Cadet leader Pavel Milyukov, in his pamphlet Political Parties in the Country and the Duma (1909), on the contrary, stated that political parties are not created on the basis of class interests, but solely on the basis of common ideas. Based on this basic thesis, he proposed his own classification of Russian political parties:

Later, another active participant in the political battles of that time, the leader of the Menshevik party, Yuli Tsederbaum (Martov), ​​in his well-known work Political Parties in Russia (1917), stated that Russian political parties should be classified according to their attitude to the existing government, therefore he composed them classification:

In modern political science, there are two main approaches to this issue. Depending on political goals, means and methods of achieving their goals, the same authors (Vladimir Fedorov) divide the Russian political parties of that period into:

And their opponents (Valentin Shelokhayev) - to:

A respected reader has probably already paid attention to the fact that among all political parties that existed in the Russian Empire, all politicians, historians and political scientists focused only on a few large party structures, which concentratedly expressed the entire spectrum of political, social and class interests of the subjects of the Russian crown. . Therefore, it is these political parties that will be at the center of our short narrative. And we will begin our story with the most "left" revolutionary parties - Social Democrats and Social Revolutionaries. 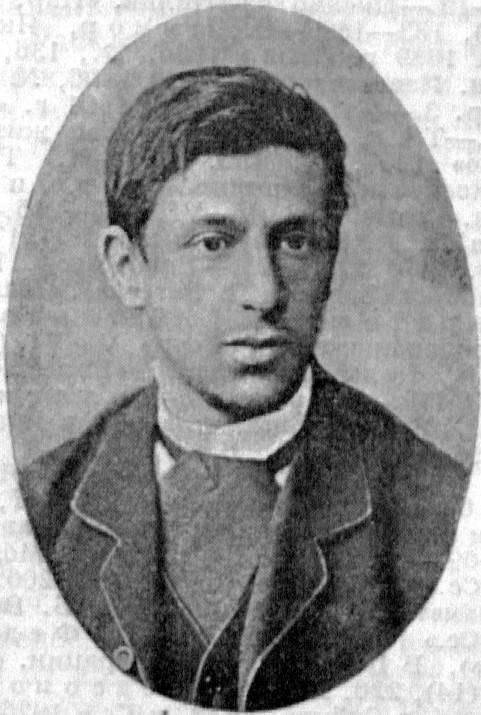 Abram Gots
The Socialist Revolutionary Party (AKP), or Social Revolutionary Party, the largest peasant party of populism, appeared in 1901. But back in the late 1890s, the rebirth of the revolutionary populist organizations, defeated by the tsarist government in the early 1880s, began.

The main provisions of the populist doctrine remained virtually unchanged. However, its new theorists, first of all Victor Chernov, Grigory Gershuni, Nikolay Avksentyev and Abram Gotz, not recognizing the very progressiveness of capitalism, nevertheless recognized his victory in the country. Although, being absolutely convinced that Russian capitalism is a completely artificial phenomenon, forcibly implanted by the Russian police state, they still fervently believed in the theory of “peasant socialism” and considered the land-based peasant community a ready-made cell of socialist society. 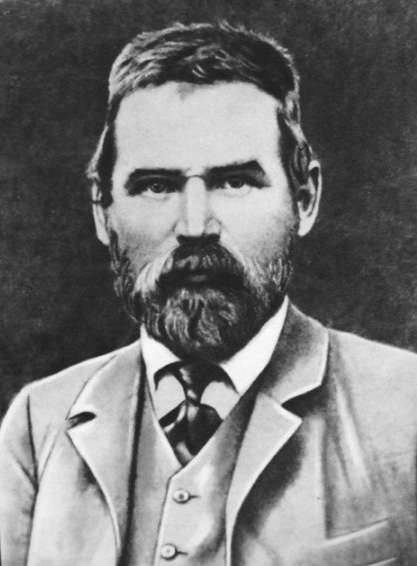 In the early years of their existence, before the constituent congress, which took place only in the winter of 1905 – 1906, the Social Revolutionaries did not have a generally accepted program and charter, therefore their views and main software installations reflected two print organs — the Revolutionary Russia newspaper and the Vestnik Russkaya magazine revolution. " 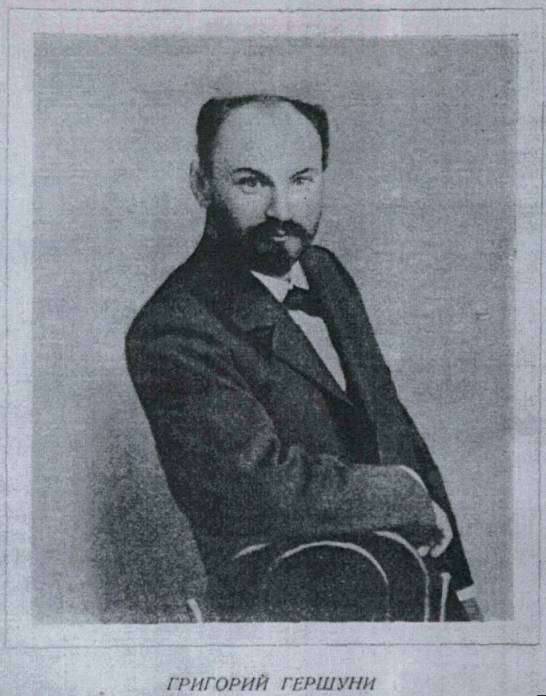 Grigory Gershuni
From the Narodniks, the Social Revolutionaries adopted not just the basic ideological principles and attitudes, but also the tactics of fighting the existing autocratic regime — terror. In the autumn of 1901, Grigory Gershuni, Yevno Azef and Boris Savinkov created within the party a strictly secret and independent from the Central Committee "Combat Organization of the Socialist Revolutionary Party" (PSRP military organization), which, according to updated historians (Roman Gorodnitsky), during its heyday in 1901 – 1906 years, when it consisted of more than 70 militants, committed more than 2000 terrorist acts that shook the whole country.

In particular, it was then that the Minister of Education Nikolai Bogolepov (1901), the Interior Ministers Dmitry Sipyagin (1902) and Vyacheslav Pleve (1904), the Ufa Governor-General Nikolai Bogdanovich (1903), the Moscow Governor-General, the Grand Duke were killed at the hands of the Socialist Revolutionaries. Sergey Alexandrovich (1905), Minister of War Viktor Sakharov (1905), Moscow Mayor Pavel Shuvalov (1905), Member of the State Council Alexey Ignatiev (1906), Tver Governor Pavel Sleptsov (1906), Penza Governor Sergey Khvostov (1906), Simbirsk Governor K nstantin Starynkevich (1906), Samara governor Ivan unit (1906), Akmolinskiy governor Nikolai Litvinov (1906), commanding the Black Sea fleet Vice Admiral Grigory Chukhnin (1906), Chief Military Prosecutor, Lieutenant General Vladimir Pavlov (1906) and many other dignitaries of the empire, generals, police chiefs and officers. And in August 1906, the Socialist Revolutionaries committed an attempt on the chairman of the Council of Ministers, Peter Stolypin, who survived only due to the instant reaction of his adjutant, Major General Alexander Zamyatin, who, in fact, closed the prime minister with his chest, without letting the terrorists into his office.

In total, according to the data of the contemporary American researcher Anna Geifman, the author of the first special monograph “Revolutionary Terror in Russia in 1894 – 1917” (1997), victims of the “Military Organization of the AKP” in 1901 – 1911 years, that is, before its actual dissolution, 17 over 000 people, including 3 Minister, 33 Governor and Vice Governor, 16 Mayors, Police Chiefs and Prosecutors, 7 Generals and Admirals, 15 Colonels, etc.

The legal registration of the party of the Social Revolutionaries took place only in the winter of 1905 – 1906, when its constituent congress took place, at which its charter, program was adopted and the governing bodies were elected - the Central Committee and the Party Council. Moreover, a number of modern historians (Nikolai Yerofeyev) believe that the question of the time of the emergence of the Central Committee and its personal composition is still one of the unresolved mysteries. stories. 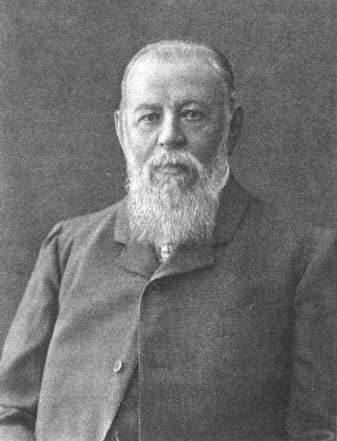 Nikolai Annensky
Most likely, in different periods of its existence, members of the Central Committee were Viktor Chernov, the party’s main ideologist, Ekaterina Breshko-Breshkovskaya, the grandmother of the Russian revolution, Ekaterina Gershuni, Yevno Azef and Boris Savinkov, militant leaders, and Nikolai Avksentyev, G.М. Gotz, Osip Minor, Nikolai Rakitnikov, Mark Nathanson and a number of other people.

The total number of parties, according to various estimates, ranged from 60 to 120 thousand members. The central print organs of the party were the newspaper Revolutionary Russia and the magazine The Bulletin of the Russian Revolution. The basic software installations of the Socialist Party party looked like this:
1) the elimination of the monarchy and the establishment of a republican form of government through the convocation of the Constituent Assembly;

2) granting autonomy to all national margins of the Russian Empire and legislatively securing the right of nations to self-determination;

3) legislative recognition of basic civil and political rights and freedoms and the introduction of universal suffrage;

4) resolving the agrarian question by gratuitously confiscating all landowner, crown and monastic lands and transferring them to full ownership of peasant and urban communities without the right to buy and sell and distribution of land according to the leveling-labor principle (land socialization program).

In 1906, there was a split in the ranks of the SR party. Two quite influential groups emerged from it, which then created their own party structures: 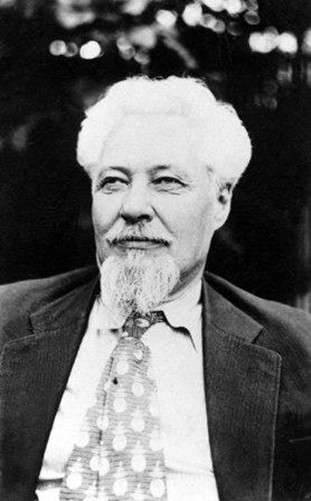 Viktor Chernov
In February, the 1907 party of the Socialist Revolutionary Party took part in the elections to the Second State Duma and managed to get the 37 mandates. However, after its dissolution and change of the electoral law, the Social Revolutionaries began to boycott parliamentary elections, preferring exclusively illegal methods of struggle against the autocratic regime.

In 1908, there was a serious scandal that thoroughly tarnished the reputation of the Social Revolutionaries: it became known that Yevno Azef, the head of her “Fighting Organization”, had been a paid agent of the tsarist secret police since 1892. His successor as head of the organization, Boris Savinkov, tried to revive her former power, but nothing good came of this undertaking, and in 1911, the party ceased to exist. 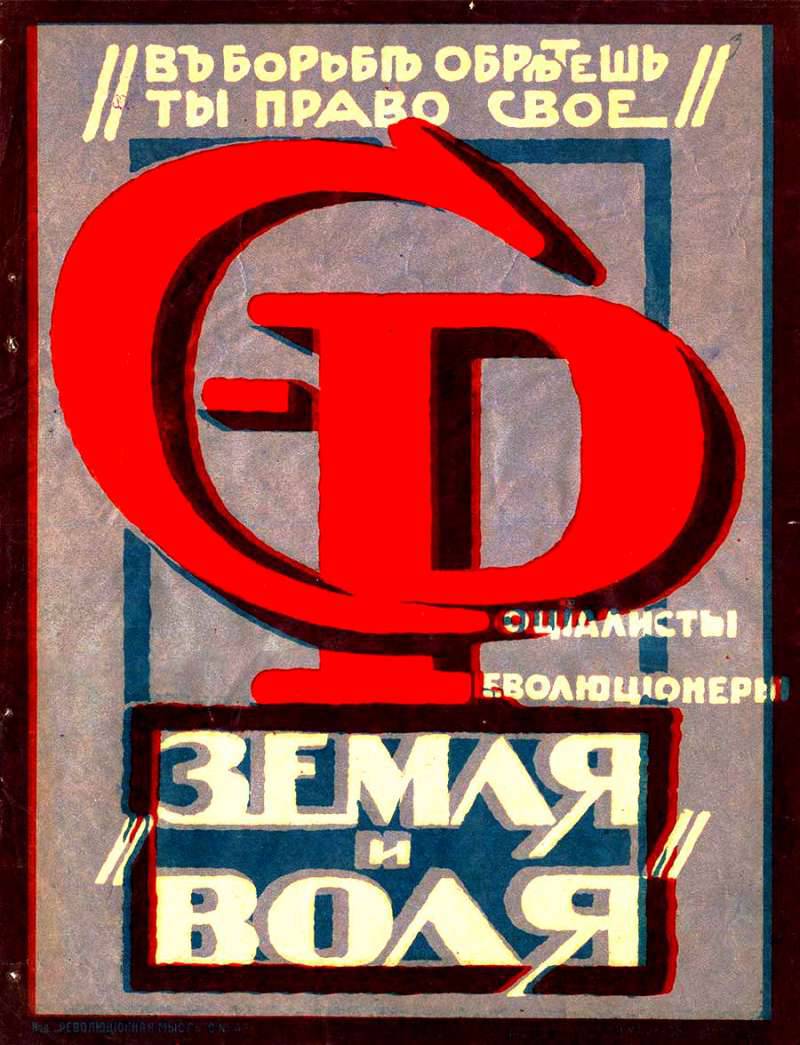 By the way, this is the year many modern historians (Oleg Budnitsky, Mikhail Leonov) date the end of the very era of revolutionary terror in Russia, begun at the turn of the 1870 – 1880-s. Although their opponents (Anna Geifman, Sergey Lantsov) believe that the final date of this tragic “era” was 1918 year, marked by the murder of the royal family and the attempt on V.I. Lenin.

Ctrl Enter
Noticed oshЫbku Highlight text and press. Ctrl + Enter
We are
Party of Socialist Revolutionaries as a baby TsakhesThe struggle of Moscow and Tver. Part of 2
Military Reviewin Yandex News
Military Reviewin Google News
6 comments
Information
Dear reader, to leave comments on the publication, you must sign in.