Bulgarian occupation of Serbia. Part of 2

April 30 2016
158
In the occupied territories, the Bulgarian authorities used two methods to achieve their goals. The first is forced Bulgarisation. Serbian language was banned in official use. Newborns were forbidden to give Serbian names, the surnames of the population changed to Bulgarian: Markovic - Markov, Petrovich - Petrov. Serbian national clothing was also banned. In the newly established Bulgarian schools, children were told that they really were Bulgarians and should be happy about it.


The second method was the physical destruction of the carriers of the Serbian national spirit - priests, teachers, intellectuals. 7 November 1915, the occupying Bulgarian authorities demanded to register all priests, teachers, officials, etc. The people who came to the Nis administration were arrested and placed in the casemates of the Niš fortress. 11 November they were sent to Sofia. At the same time, twenty priests and two officers were shot near the village of Kremenitsa near Bela Palanka. A few more priests Bulgarians killed near the village Elachnitsa. 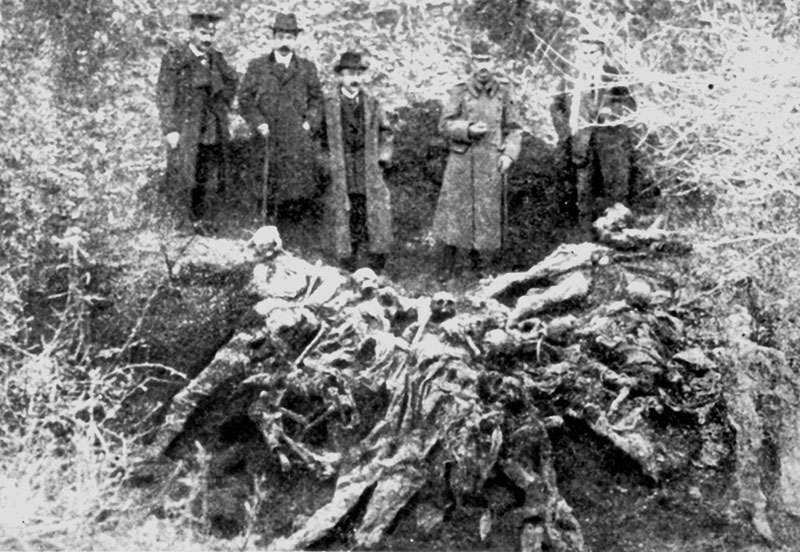 In addition to Nis, a large number of Serbs were arrested in other cities - Vranje, упuprija, Leskovac, etc. All of them after several days of imprisonment were driven to Bulgaria. However, most survived only to the small town of Surdulitsy, where they were destroyed. There was a so-called military court. According to the pre-delivered lists of the arrested, Bulgarian officers decided who to live and who to execute. Most were waiting for the shooting ... Around the city, Bulgarian soldiers dug up several mass graves, where they threw the bodies of the dead. A similar fate awaited those people who were sent to Bulgaria via Vranje. According to rough estimates, 3000 people died in Surdulitsa, about 3500 people died in Vranje.

In addition to the mass executions, throughout the occupation, killing, looting and violence perpetrated by Bulgarian soldiers and gendarmerie continued. Already in the first months after the occupation, Chetnik troops appeared on the territory of Serbia, which began a guerrilla war. Not being able to completely destroy the partisans, the Bulgarian troops recouped the civilian population ... 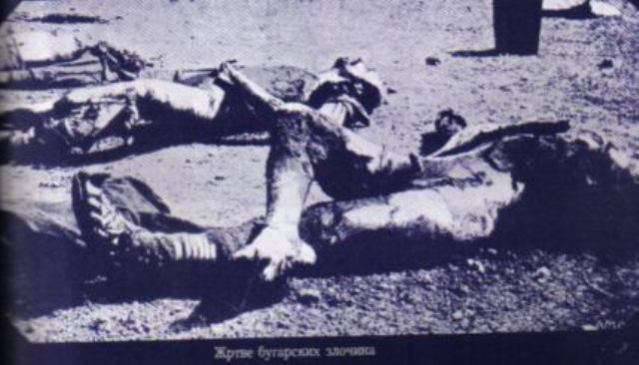 The Bulgarians, who suffered heavy losses on the Salonika front, tried to compensate them at the expense of the Serbian youth by announcing conscription. The answer was the Toplice uprising, which began on February 21 1917. At the head of the rebels stood the Chetnik Costa Pechanac. In late February and early March, the Serbs managed to liberate a large area around the South Morava valley. Having assessed its threat, Austro-Hungarian and Bulgarian troops concentrated around the uprising a grouping of 30 000 soldiers and officers, some of whom were summoned from the front. The attack on the Serbs began on March 12, and on the 25 dates of the same month, the Bulgarians announced the defeat of the rebels.

The result of the uprising was bloody - almost half of the rebels died in battle. Around 20 000 civilians were victims of revenge by the Austro-Hungarian and Bulgarian troops. The villages were burned, and their population was destroyed. It is noteworthy that, according to the memoirs of contemporaries, the Bulgarian soldiers preferred not to spend the ammunition, but to destroy the civilian population with bayonets or by hanging. Partly "distinguished" part of Colonel Alexander Protogerov, on their way destroying all living things. 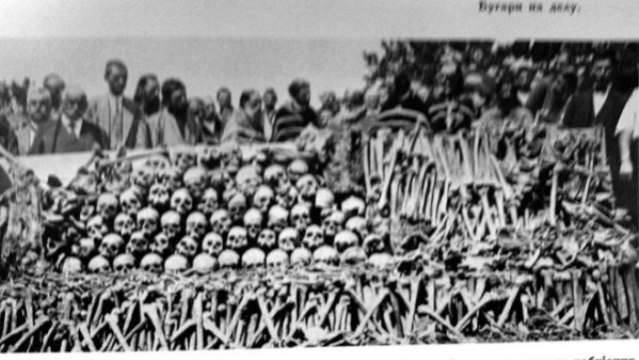 Resistance to the invaders continued after the defeat of the Toplitsky uprising. The Chetniks continued fighting, despite major losses. A heavy blow was struck on them in December 1917, when one of their leaders, Costa Voinovich, was killed near the village of Grgur.

14 September 1918, the Serbian and French divisions began the breakthrough of Thessaloniki front. After several days of fierce fighting, the Bulgarian army began a retreat, ending with its collapse. Tens of thousands of soldiers refused to obey orders and continue the war. September 29 Bulgaria concluded an armistice with the Entente powers. One of his conditions was the return of all the territories seized from Serbia, and the Bulgarian troops, located west of the Skopje meridian, were to surrender.

Freeing the country from the continuing resistance of the Austro-Hungarian and German troops, the Serbian soldiers ran into traces of atrocities by the occupiers. 20 December 1918, the famous Swiss criminalist Archibald Reuss, who was the headquarters of the Serbian army, prepared a report on the crimes in Surdulica. In parallel with him, the International Commission began studying the crimes of the Bulgarian army and gendarmerie. The results of her investigations, along with Reuss's messages, were published in Paris in 1919, and then in other European capitals.