Poroshenko rebelled or why political career Nuland is jeopardized 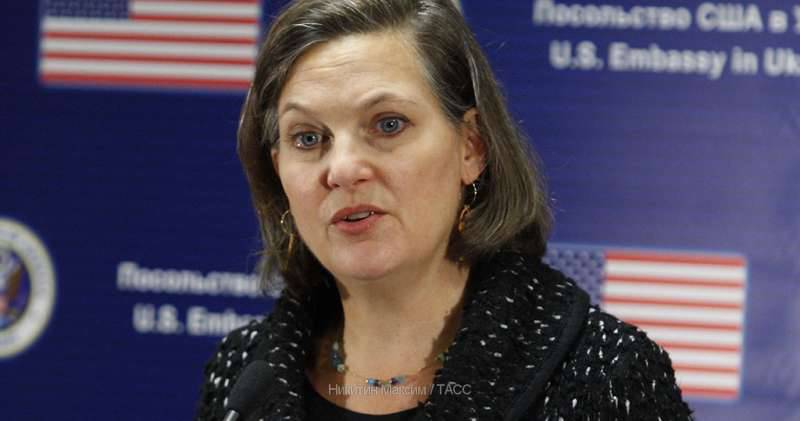 Assistant Secretary of State for European and Eurasian Affairs Victoria Nuland began her visit to Kiev. What tasks will Nuland solve during the visit, and why is it so important for her not to allow early elections in Ukraine?

Nulland travels to Kiev because she is responsible for Ukrainian politics in the American system of government. This Nuland handed out not only cookies on the Maidan, but ministerial portfolios after the coup. Nuland oversees Ukraine, was there more than once. When the USA came to the conclusion about the need for direct contacts, it was Nuland who was the assistant to the President of Russia Vladislav Surkov who determined how the USA and Russia could contact in such a way that each country would protect its interests and not lose allies. Therefore, it is quite natural that now Nuland is once again sent to Kiev.

This visit takes place after the government has changed there once again. This visit is particularly relevant after all the executive power there at least formally concentrated in the hands of Poroshenko, and the press is replete with reports that the President of Ukraine has almost rebelled against the United States.

In a riot Poroshenko, of course, do not have to believe. The USA dealt with such riots simply: a man who can shoot well passes by, and the new president is in the country. But it is absolutely clear that a new political situation has developed in Ukraine: one team, tied to Yatsenyuk, has lost access to certain serious resources. While their further actions are not clear. It is unclear how long Avakov will last, or he will also be quietly pacing.

That is, a situation has arisen when a part of Yatsenyuk’s supporters has been removed from the feeder. If we take into account that the “Popular Front” agreed with Poroshenko to join the coalition, managed to retain some ministerial posts for itself, then it is obvious that they will once again fight with the president for the opportunity to exert a primary influence on politics. At the moment, “Batkovschina” (Yulia Tymoshenko) “Strike” (Vitali Klitschko), “Self-Help” (Andrey Sadovaya) and all sorts of other small factions and parties have missed their opportunities, and they dream of early parliamentary elections, and therefore loosen the situation. There, the elite conflict is not settled with the departure of Yatsenyuk, he, on the contrary, has become aggravated.

The United States needs to understand, the current design will reach the elections before November, or it will fall out earlier. Washington’s plans did not include early elections in Ukraine; they wanted to make it through without turmoil until November.

And then the new president of the United States will deal with the accumulated problems, regardless of whether the Republicans or the Democrats win the elections.

But now the processes in Ukraine have proceeded at an accelerated pace: Poroshenko concentrated all responsibility for the state of affairs in the country, and as a result of the split of the elites, a fairly strong and extensive grouping, including those with good positions in the regions, comes out against him.

That is, as a result, the situation in Ukraine can go hand in hand much earlier than the US would like. And quite naturally Nuland goes there, as the person responsible for Ukraine, she is sent to extinguish the fire. By and large, she is given the opportunity to clean up what she has done there. Further or Nuland will keep the situation until November, and then, perhaps, her plans to become Secretary of State under the next president will materialize, especially if Clinton becomes the winner. Or, more likely, Nuland will not hold the situation, and then she will just be responsible for everything. Then her with a "wolf ticket" kicked out of public service. Of course, she will get a commercial position, everything in her life will be in order, but her political career will be completed. ”