April 27 2016
38
Washington continues to call for an investigation into the mass death of people in Odessa 2 a year ago, reports RIA News Statement by State Department spokesman Mark Toner. 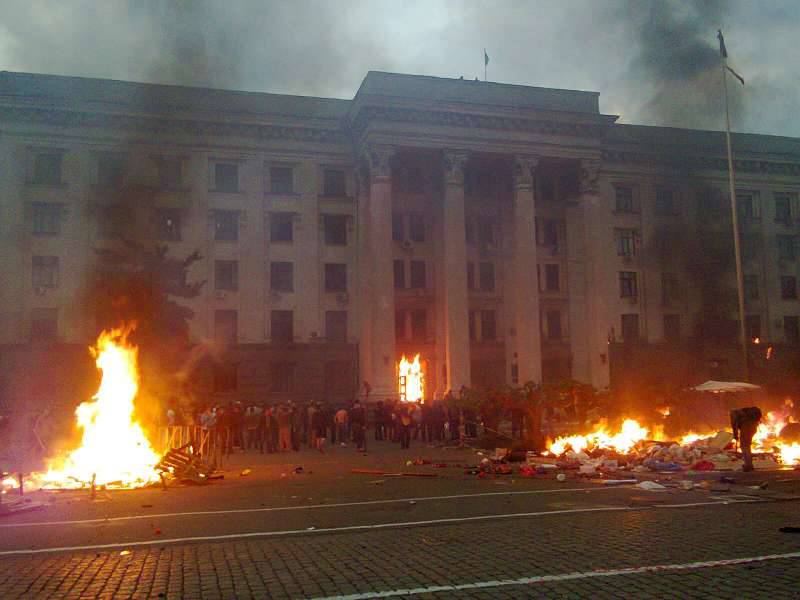 “We firmly condemned this violence at the time when it occurred. Such violence is unacceptable ",
said toner.

For such a tragedy not to repeat, the efforts of all parties are needed. “Russia, the United States, Ukrainians, Europeans, the OSCE — we are all responsible for doing everything in our power to reduce the chances of militants and extremists to carry out such violence, such terrorist actions,” said the official.

“It needs to be completed, it will be achieved by investigating and bringing those who have done it to justice. We continue to send this signal to the Ukrainian government, ”Toner added.

In addition, according to him, Washington is ready to condemn the threats against the participants of the rally in Odessa dedicated to the memory of the victims of 2 in May 2014.

The agency recalls that on Tuesday night, at the city hall in Odessa, unidentified participants were beaten up at the indefinite rally held on April 13.

Ctrl Enter
Noticed oshЫbku Highlight text and press. Ctrl + Enter
We are
Konstantin Knyrik: Kiev destroyed most of the unique archive, which was located by law enforcement officers who were investigating the circumstances of the Odessa tragedy
Military Reviewin Yandex News
Military Reviewin Google News
38 comments
Information
Dear reader, to leave comments on the publication, you must sign in.