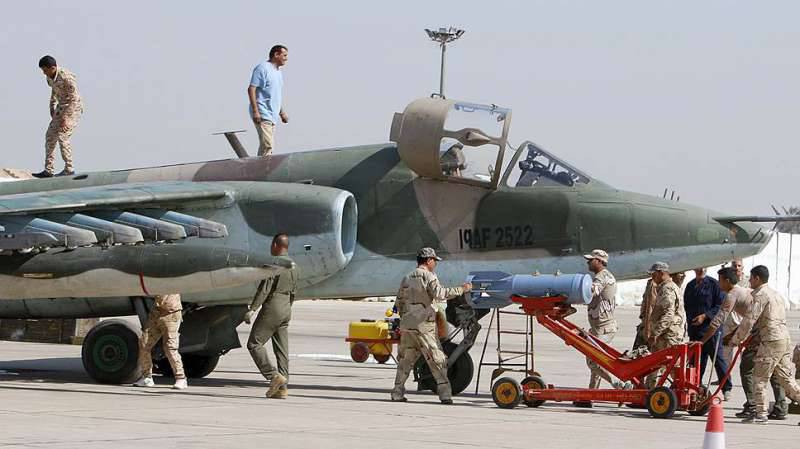 “The Su-25 party (three cars) arrived in Iraqi territory in accordance with the contract signed with the Russian side,” said at-Tamimi.

The details of the transaction is not reported.

“The stormtroopers will be commissioned soon. This will give the Iraqi army an additional advantage in the fight against terrorist groups, including the Daesh (“Islamic State”), ”he added.

According to TASS, this is not the first batch of attack aircraft, supplied by the Russian side to the Iraqi military during the current conflict.

The agency’s reference: “Su-25 is a Russian attack aircraft designed to provide round-the-clock support to ground units in direct line of sight, as well as to destroy targets with given coordinates in any weather conditions.”

Ctrl Enter
Noticed oshЫbku Highlight text and press. Ctrl + Enter
We are
Installed the crew of the deceased attack aircraft found during the construction work of the bridge across the Kerch StraitIraq acquired Su-25 attack aircraft from the strategic reserve of the Russian Defense Ministry
Military Reviewin Yandex News
Military Reviewin Google News
46 comments
Information
Dear reader, to leave comments on the publication, you must sign in.