The army of Israel began military exercises in the Golan Heights

April 18 2016
67
The official representative of the Israeli army, Peter Lerner, reports that the Israeli troops began military maneuvers in the Golan Heights. According to the publication The Jerusalem Post Israeli military exercises will last about a week in the region. At the same time, the Golan Heights themselves, which are the subject of the sharpest territorial dispute, Peter Lerner calls the "northern military district of Israel." 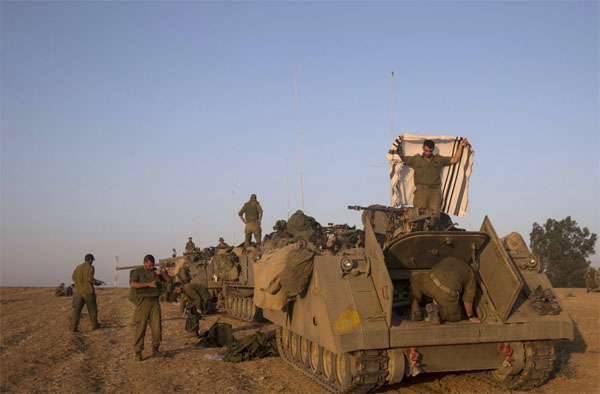 According to the same Peter Lerner, exercises in the area were planned by the Israeli army.

It should be noted that for the first time in stories Israeli Prime Minister of this country held a cabinet meeting on the territory of the Golan Heights.

For reference: The Golan Heights from 1944 to 1967 of the year were part of the Syrian province of Quneitra. During the so-called. The Six Day War Israel occupied these territories. In the 1981 year, Israel adopted a document that declared its sovereignty over the Golan Heights. In the same year, the UN Security Council responded with resolution No. 497, in which it was said that Israel had annexed the Golan Heights. The resolution described the actions of Israel illegal. Disputes regarding the identity of the Golan Heights do not subside to this day. Under any sanctions for the recognition of the Golan heights by its territory, Israel from the "international community" did not fall.

Ctrl Enter
Noticed oshЫbku Highlight text and press. Ctrl + Enter
We are
IDF struck at the territory of SyriaRogozin visited Nizhny Tagil, shot from a tank and a gun
Military Reviewin Yandex News
Military Reviewin Google News
67 comments
Information
Dear reader, to leave comments on the publication, you must sign in.