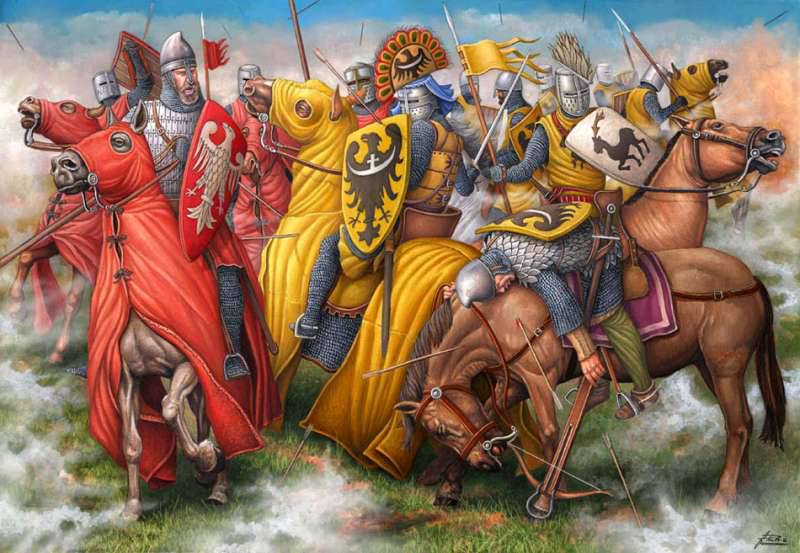 775 years ago, 9 on April 1241, a battle took place near the walls of the Silesian town of Lignitz (Legnica) between the Tatar-Mongols and the united Polish-German army, on whose side knights and mercenaries from many European lands, including England and France, fought. Despite the fact that Europeans, according to various sources, were one and a half to two times more than nomads, they suffered a crushing defeat, and their leader, Prince of Silesia, Heinrich the Pious Tatar Mongols captured and beheaded.

The Mongols who invaded Poland under the command of Khan Baidar initially had about 30 thousands, but before Lignitz they had three victorious battles with the Poles and captured a number of cities, which inevitably led to losses, so that, under Lignitz, they most likely could not put up more than 20 thousands of combat-ready warriors. Europeans were from 30 to 40 thousands, but some of them were poorly trained city and mining militia.

The battle began with a beautiful frontal attack of knightly cavalry. The central cavalry detachments of the Mongols, without waiting for a powerful blow of spears, fled. But it was only a deceptive maneuver, since the knights, after chasing, got into a "fire bag". Horse archers began firing from both their flanks, inflicting heavy losses on the enemy. And when the knights showered with arrows stopped the pursuit and began to retreat, the Mongols turned to 180 degrees on command and counterattacked. The heavily thinned troops of the Europeans, many of whom were injured, could not withstand this fight and died in full force.

After that, the defeat of the militia and rear units of the Polish-German army was only a matter of time. According to European chroniclers, the forces of the anti-Mongol coalition were exterminated almost without exception. The loss of the Mongols themselves remained unknown. Tatars planted the head of Heinrich the Pious with a spear and with joyful squeals showed the inhabitants of Lygnits who were hiding behind the stone walls.

However, they could not capture this well-fortified city and did not even dare to storm it. Having stood for two weeks under Lignitz, the nomads left for the south, to Hungary, where they joined the main forces of the Mongolian troops. After their departure, the townspeople buried the dead. In the chronicles it is written that the corpse of Prince Heinrich, decapitated and stripped naked, was identified by a rare genetic anomaly - polydecticia, he had six toes on his legs.

Despite the defeat, the Poles are proud of the battle at Lignits, believing that it was there that the invasion of the Asian hordes into Western Europe was stopped. And on the screen saver - the Polish knights in the battle of Legnica unsuccessfully trying to hide shields from arrows, flying from different sides. 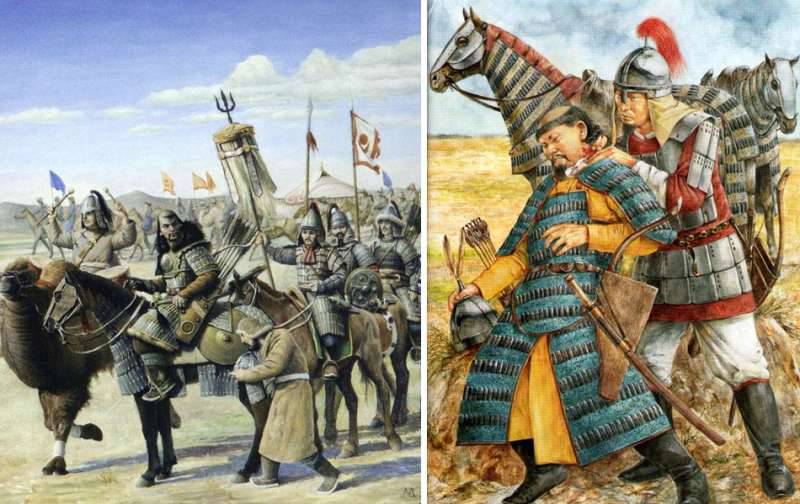 The heavily armed Tatar-Mongolian warriors from the time of the Western campaign. 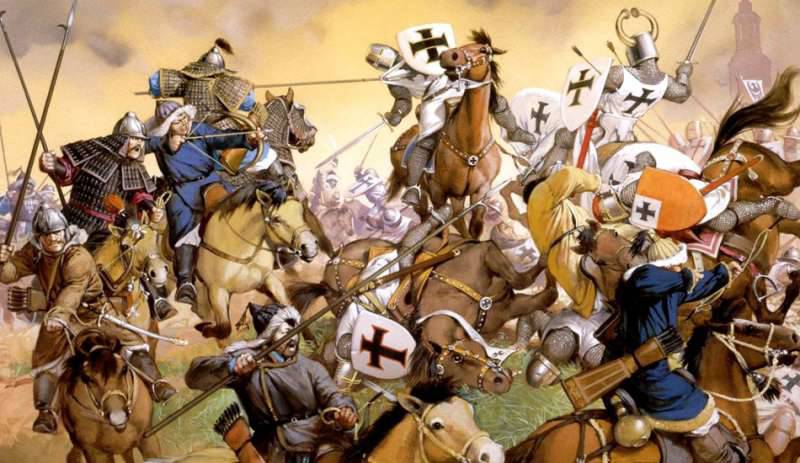 Episode of the Battle of Lignitska - a Mongol counterattack against the knights of the Teutonic Order. 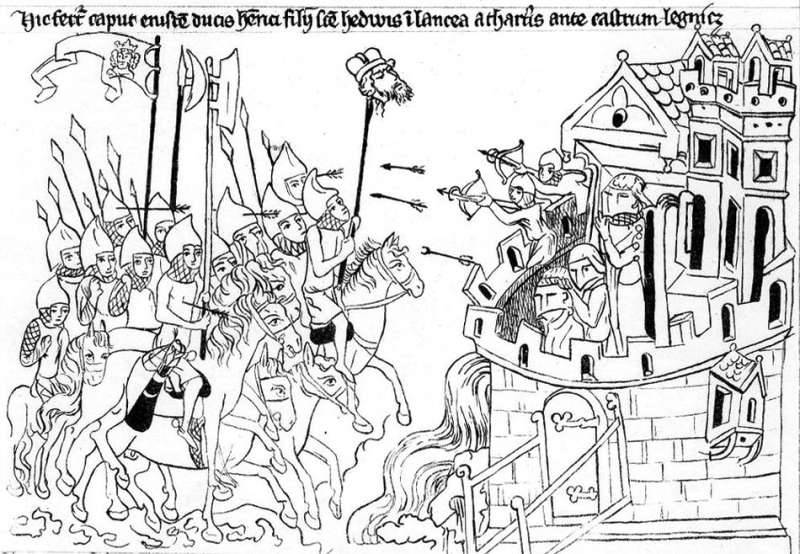 Miniature from the German chronicle of the XV century with the image of the Mongols, who brought the head of Heinrich the Pious on a spear to Lignits. Apparently, the author of the picture not only himself never saw Asian nomads, but also did not communicate with those who saw them. The funny thing is that they have on the banner - the image of a man of a clearly European type and in the European crown. 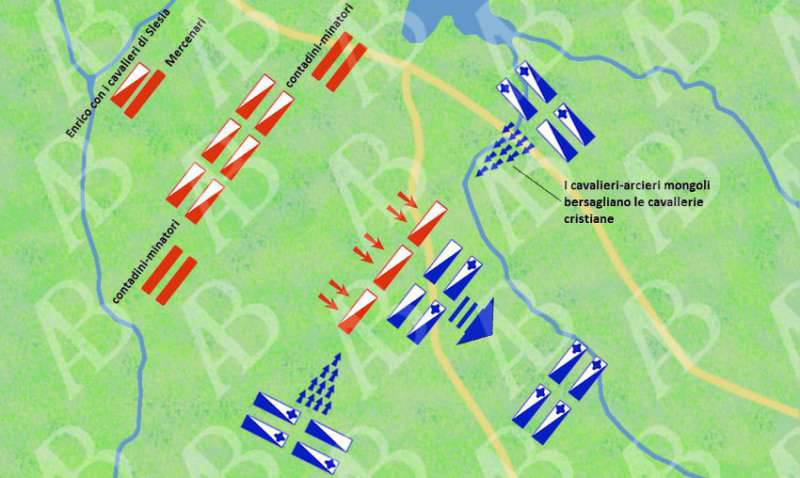 Diagram of the initial phase of the Battle of Lignitska. Knight cavalry, attacking in the center, came under the crossfire of Mongolian horse archers.

Ctrl Enter
Noticed oshЫbku Highlight text and press. Ctrl + Enter
We are
Battles at Legnitz and on the river Chaillot. Mongols in Eastern EuropeRussian allies of Mongolo-Tatars
Military Reviewin Yandex News
Military Reviewin Google News
481 comment
Information
Dear reader, to leave comments on the publication, you must sign in.